Angela Thompson’s childhood in Dresden, Germany, was interrupted by Allied bombs and Russian occupation. The war in Ukraine is stirring up memories. Photos courtesy of Angela Thompson.

Angela Thompson smiles as she thumbs through black-and-white family pictures in her Culver City living room. Born in Dresden, Germany, in 1941, the photos show her as a toddler with her mother — in a park, on the streets, and at home. But when the conversation turns to the situation in Ukraine, Thompson’s mood becomes serious and the memories turn darker.

Current news of families seeking refuge in basements and bomb shelters remind her of how Allied bombs destroyed the city of Dresden when she was 3 years old.

“Often grownups don't think it's so bad for the children and they will forget, except that they never forget. I know everything,” Thompson says. “I could tell you everything that happened during the night of the bombing of Dresden. And so I look at the children in Ukraine today. They will remember everything. It will never stop for them.”

For many Southern Californians like Thompson with ties to Europe, the American Cold War with Russia did not feel especially relevant just a month ago, but is now resonating in a new way. The war in Ukraine is stirring up memories, changing attitudes, and bringing history alive.

Thompson ran through the firestorm of Dresden's streets with her grandmother and her mother pushing her little sister’s stroller. The women found safety in a park above the city, where they watched the buildings burn. It is harder for her to tell this story than it has ever been, she says: “I think because this is happening again in Ukraine. I thought something like that will never happen again.”

Memories of war and of Russian military power are also feeling newly relevant to Justin Jampol, the founder and director of the Wende Museum in Culver City, a historical archive of the Cold War between the U.S., former states of the Soviet Union, and their respective allies. The museum houses a collection of artifacts, documents, media, and everyday objects from that time.

When Jampol opened the museum 20 years ago, he says, he had to justify why such a collection was important. Anything related to the Soviet Union seemed to be a thing of the long gone past. With the war in Ukraine, it is very much about the present. Jampol says the number of visitors rose significantly in the past few weeks and with those visitors, he has more impromptu conversations and discussions. “That's unusual. We haven't really seen that before,” Jampol says.

Just a few days ago, boxes filled with artifacts arrived from Ukraine. “It's probably one of the last shipments that we’ll get from right before the war,” Jampol says. “It’s also a reminder that these are people we work with. Our colleagues, our scholars, our researchers. It’s impossible to be completely removed from it.” 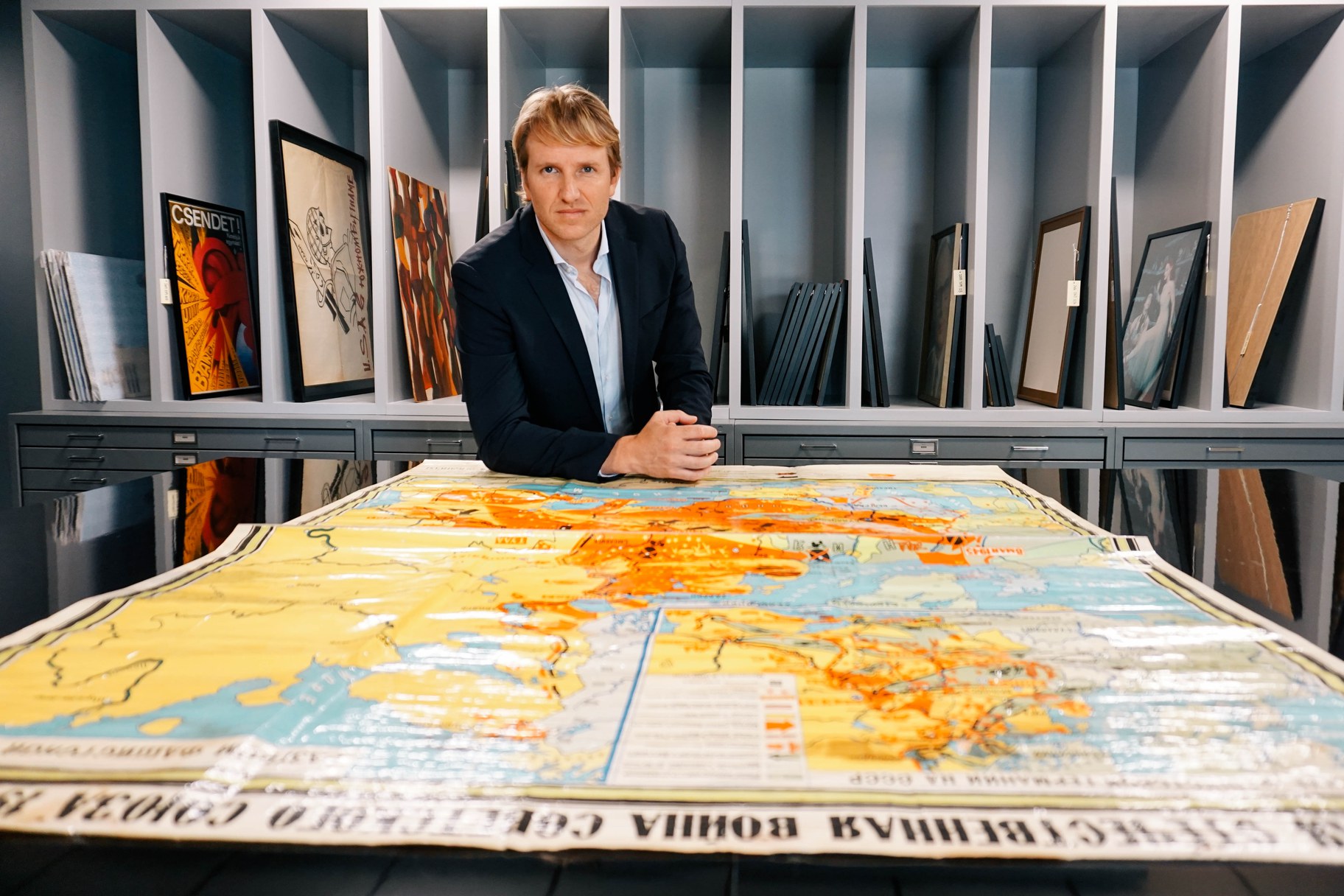 Wende Museum Director Justin Jampol poses with a map of the Soviet Union. Photo courtesy of the Wende Museum.

The museum has adjusted its programming in light of the current events. A year-long series of seminars for students, for example, focuses on the theme of “In Search of Truth.” Their next session is now centered on “Truth And War.”

A student reconsiders her love for Russia and its people

The theme of “Truth and War” doesn’t feel like a historical concept to Long Beach native Emma Larson, one of the students attending that seminar series. Larson is 23, has a degree in history and Russian language, and lived in Saint Petersburg for three months as a college student. She tutors Russian children in English online and was disturbed when one 13-year-old Russian student informed her that there was no war, merely a military operation to liberate Ukrainians from oppressors.

Larson says she has been enamored with Russia since she was 12. Born almost 20 years after the Cold War ended, she says, “I was not prepared emotionally for a war.”

She continues, “I've become fluent in the language, I've read the books, I've played the music on my cello. And now this place I've loved for so long is committing these awful crimes. What do I do with that?” 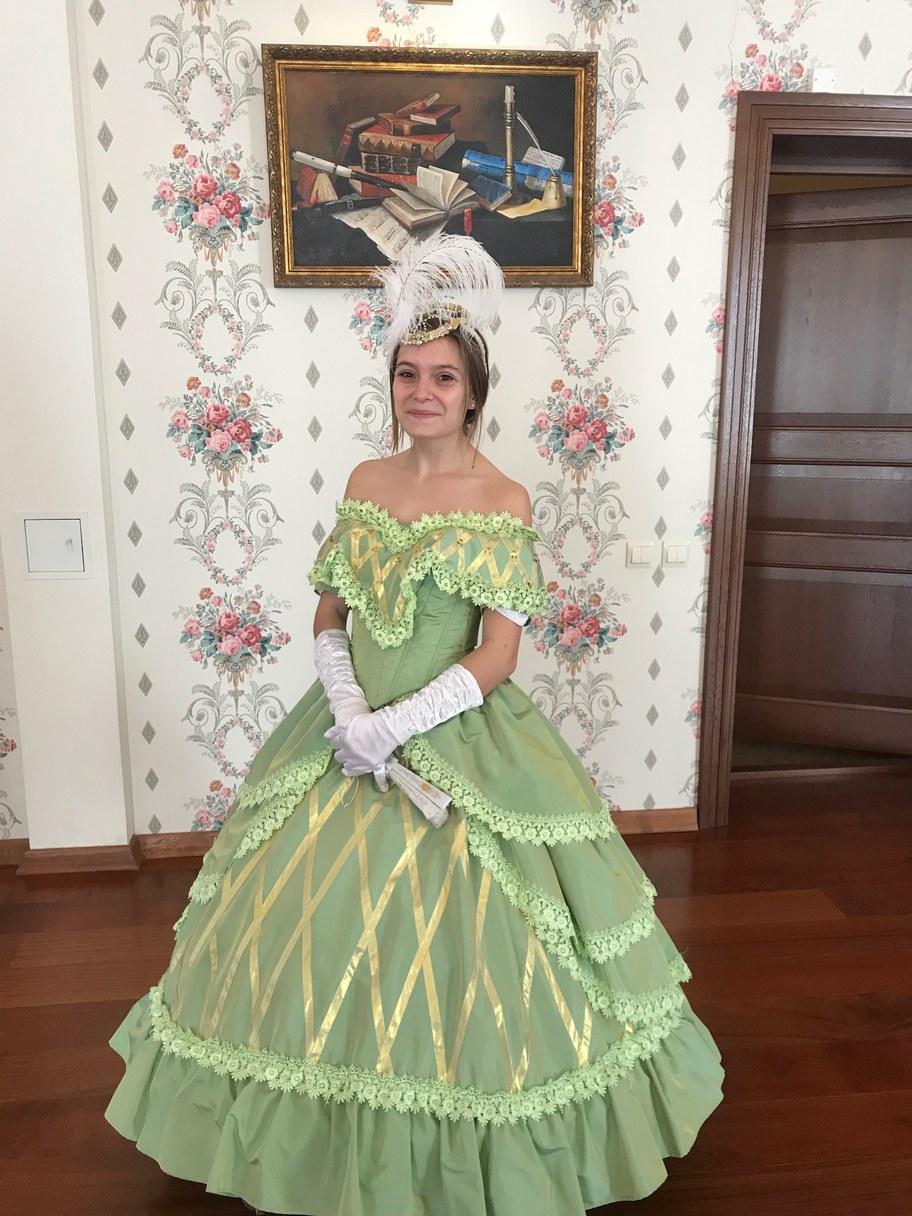 Meanwhile, the Wende Museum’s director is also reevaluating his connection to the region. Before the invasion, Jampol was more interested in Cold War stories others told. Now, he wants to learn about his ancestors who fled Russian pogroms in a Ukrainian village that bears his own name:  Yampol. He looked up the town online and saw his last name on many buildings and realized, “These are probably the same streets my great-grandparents went on.”

He fears the worst for the village more than 6,000 miles away on Ukraine’s border with Moldova, where at the moment Russia is reinforcing its troops and locals brace for a new front in the war.

71-year-old Angeleno went to Ukraine to help humanitarian crisis. His son might join

Russia’s attack on Ukraine is stirring up memories and renewing interest in Cold War history for Southern Californians with connections to the region.

Angeleno Dimitry Granovsky’s 71-year-old father headed to Ukraine to help with the war effort. Now Granovsky wonders if he should join him in the country their family...