To illustrate California’s food waste crisis, KCRW follows a strawberry as it begins on a farm and finally ends up in a person’s meal or trash can. Image by Mike Royer.

KCRW’s new series, “Wasted,” introduces audiences to uncovering neat solutions to the dirty problem of waste. You can listen to more from the two month-long series here.

At a small, quiet farm on the northern border of San Diego County, Kenny Feitz plants rows of bright red strawberries starting in October each year. Feitz might be the world’s biggest fan of strawberries.

“As hard as it is, it’s very rewarding,” he says. “I’m like obsessed with it. I’m so nerdy. I’m like a strawberry nerd.”

And of all that, Feitz says strawberries are one of the most perishable, delicate foods to grow. Every year is a gamble, and some years he’s just happy to earn back the money he invested in that year’s crop.

But many of his strawberries wind up getting trashed. In the U.S., more than a third of edible food is tossed, and this happens most with fresh produce. Wasted food comprises almost a quarter of landfills. There it decomposes and releases 8% of the world’s greenhouse gas emissions. 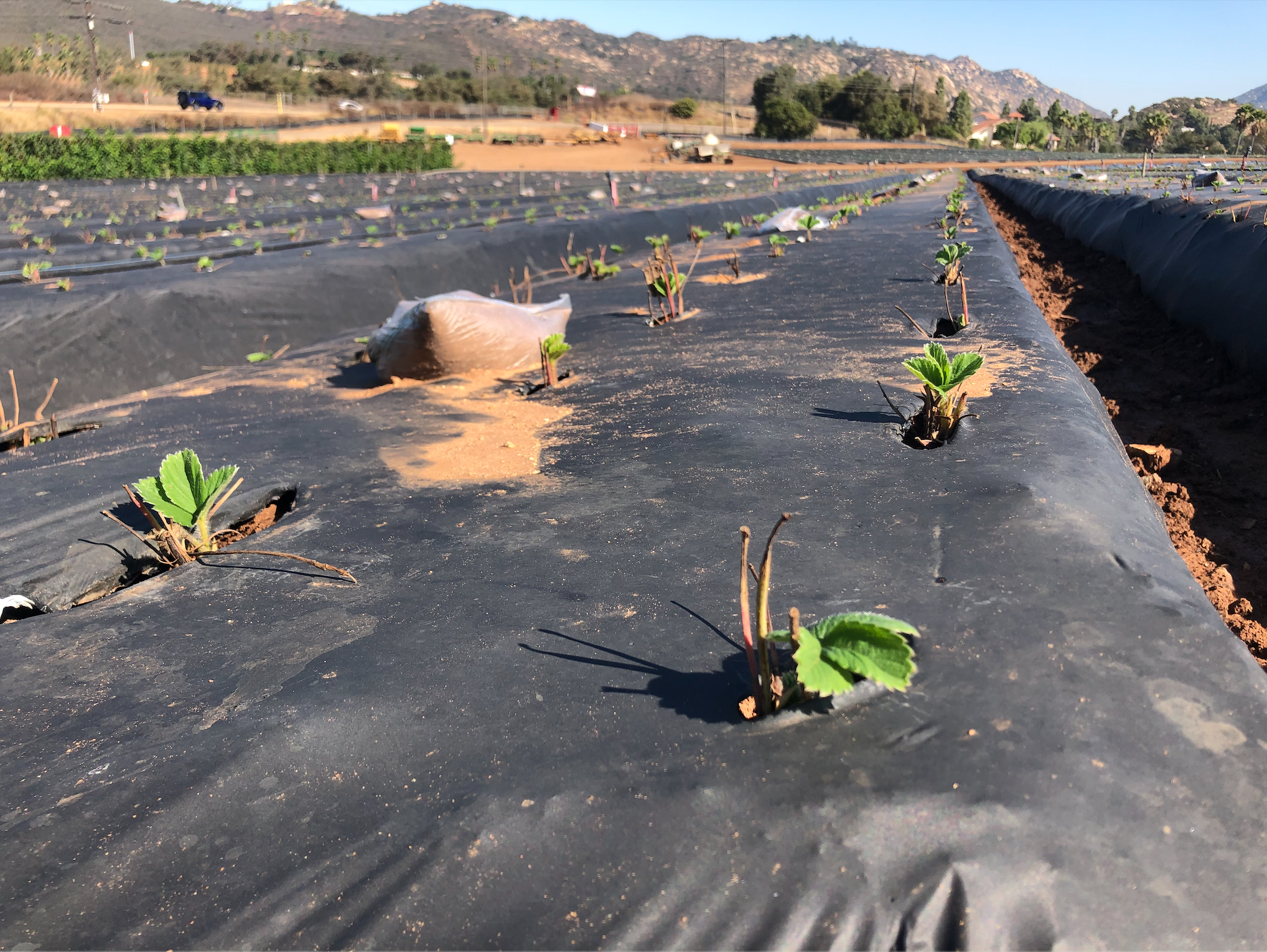 Each of these plants will produce four to four and a half pounds of strawberries. Only about half of them will get sold. Photo by Caleigh Wells

Landfill waste starts on the farm — because the strawberries have to win a beauty contest. Anything that’s too big, too small, too weirdly-shaped, or not red enough doesn’t get picked.

“I’m a little obsessive about our quality,” Feitz says. “We train our pickers in terms of exactly the color because with strawberries, there’s nothing more important.”

He says somewhere around 50-60% of the fruit a plant produces gets sold as whole strawberries. Another 20% might not look perfect but is safe to eat. Those get turned into jams and frozen berry smoothie medleys. The rest get left in the furrows and plowed under to feed the next generation of strawberries. 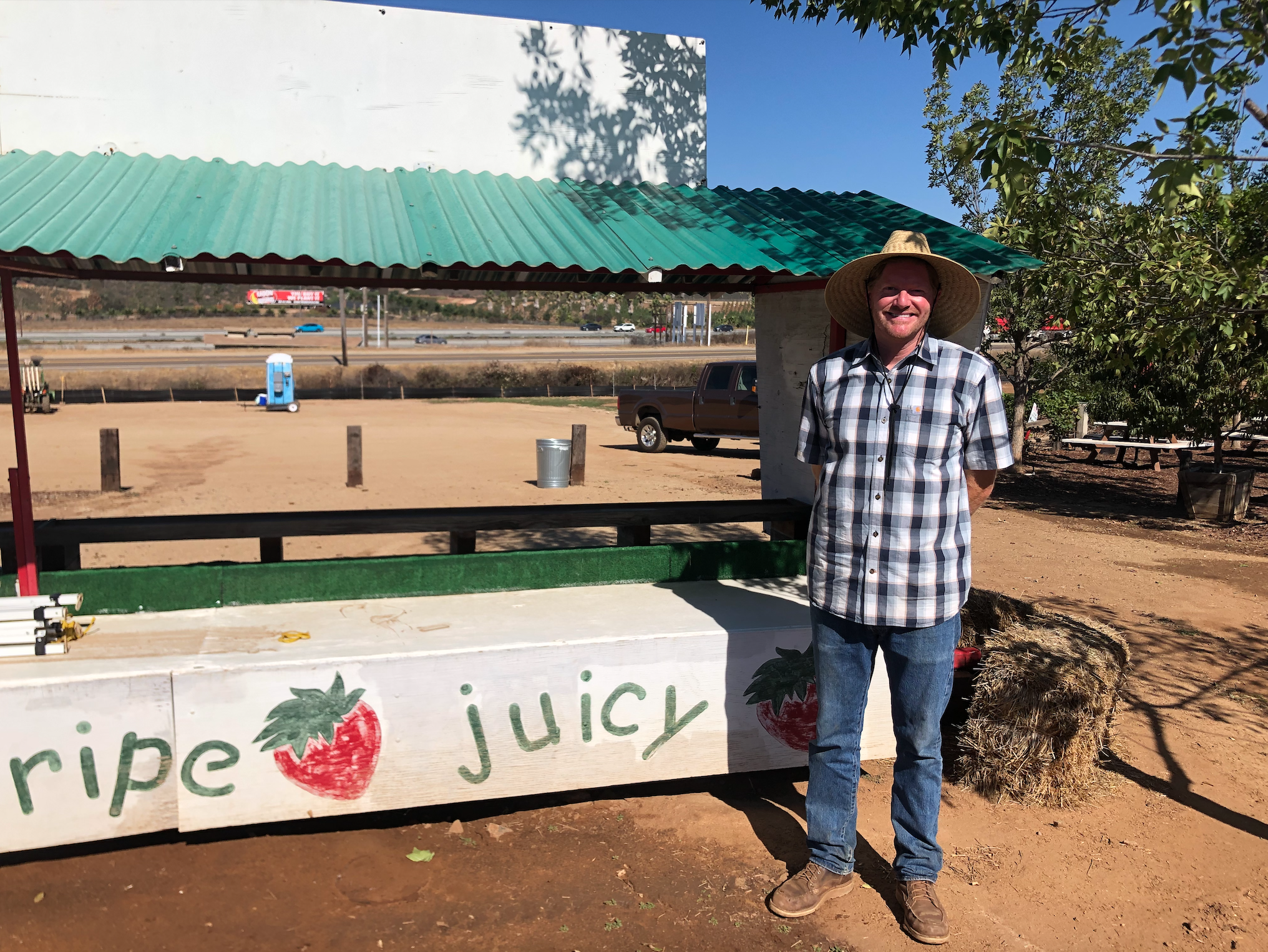 Kenny Feitz followed his father’s footsteps to become a strawberry farmer. He says it’s one of the most perishable, delicate foods to grow. Photo by Caleigh Wells

At the processing plant

Produce faces another hurdle while it’s transported and prepared for sale. Food might bruise or soil on its way from the farm to the fork.

Some produce, like diced onions or broccoli florets, have to make another stop at a food processing center along the way. 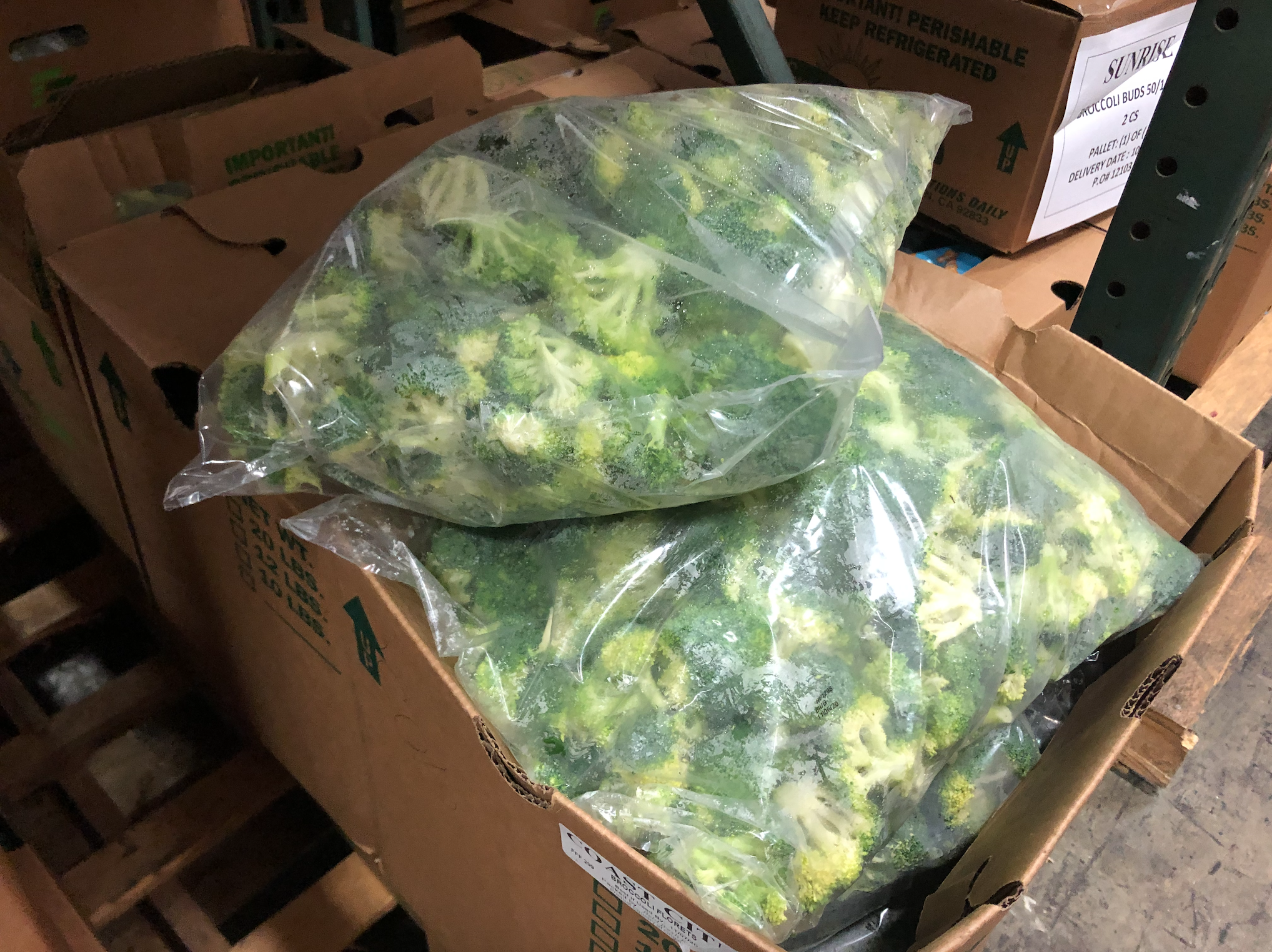 Broccoli is inspected for quality before it’s cut into florets, packaged and sent to a grocery store. Photo by Caleigh Wells

“When products pull up to dock, we have receiving specifications. There’s a visual inspection, to make sure they comply with our receiving standards. Other tests, for instance, more important around fruit, we test for … sugar level. We have an acceptable range. We test for firmness of the product, so it’s not overripe or underripe, and then depending on the product, we may test for PH or different factors,” says Field Fresh Foods President Emelio Castenada.

Castenada has to pay per ton of food that he sends to landfill. So it saves him money to collect the orange peels, broccoli stems and other clippings and ship them to nearby farmers, who use them as animal feed. He estimates less than 10% of the food that comes through his company is wasted. 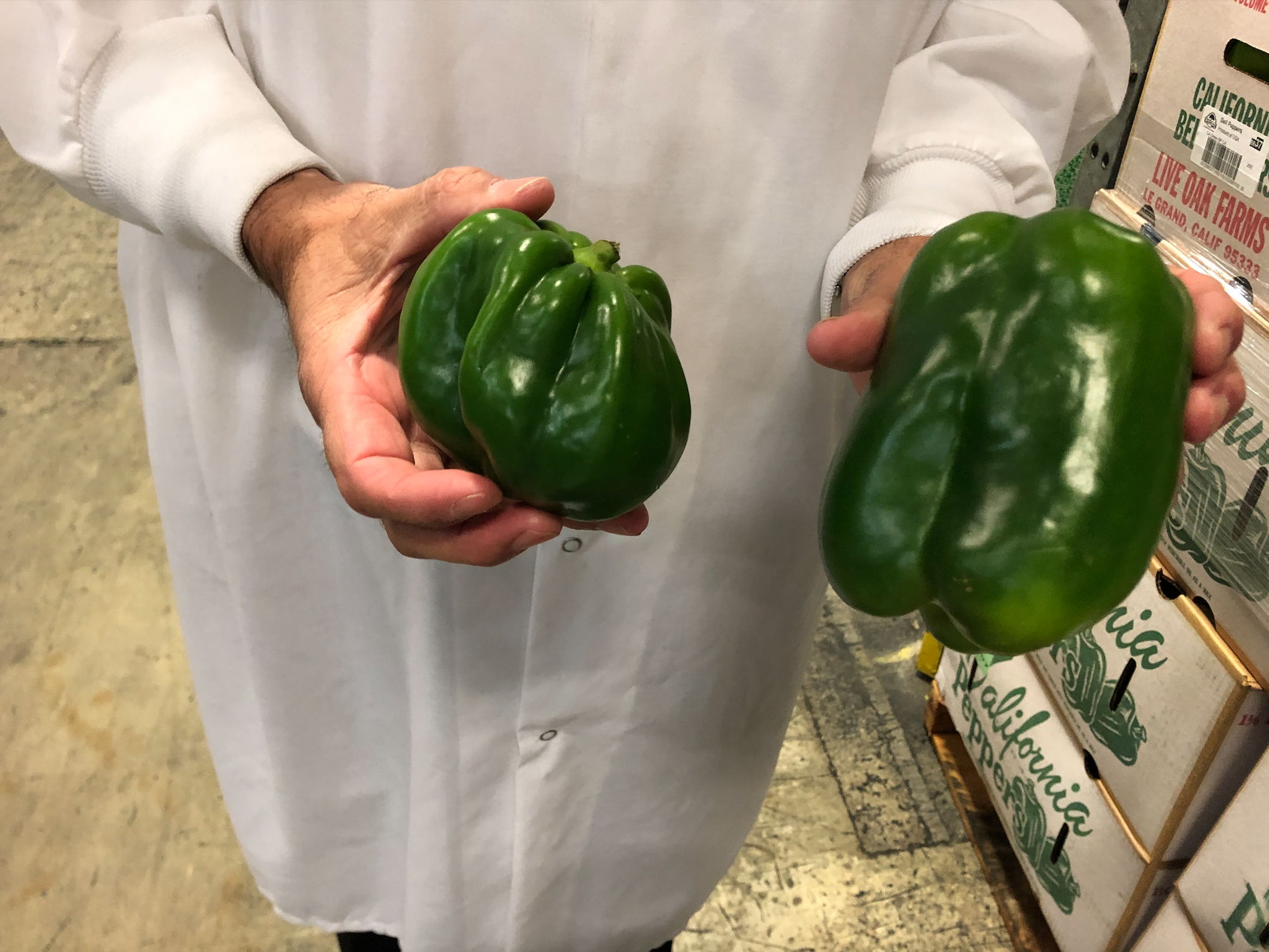 Produce that make the highest USDA 1 grade (right) is most typically found whole, in the produce section. Grocery shoppers are less likely to pick a bell pepper labeled as USDA 2 (left), so those are more likely to be chopped up peppers on a pizza. Photo by Caleigh Wells

In the grocery store

Of the strawberries that make it off a farm and into a grocery store, one in 10 won’t get sold — on purpose.

Andrea Collins with the National Resources Defense Council says it is strategically beneficial to overstock the shelves, because there’s nothing worse for business than running out of avocados on Super Bowl Sunday.

“There are places where grocery stores are overstocking and giving the impression of abundance that’s leading to waste, like a tall mound of apples,” she says. “Apples on the bottom are getting bruised and damaged. There’s a lot of psychology as to whether someone’s going to take the last few apples.”

But like the processing plant, grocery stores have a financial incentive to try and sell unwanted food. The bruised apples at the bottom of that mound might become sliced apples in a pre-made salad, or the overripe strawberries might get turned into a strawberry shortcake for sale in the bakery.

“If food is close to code date and we know we can’t sell it, we mark it down and move to clearance. And when that doesn’t sell, that’s when it becomes a donation,” says Ralph’s Director of Corporate Affairs John Votava.

Even if the food isn’t safe as a food bank donation, Ralph’s has one more chance to monetize food that would otherwise go to waste.

“We built an anaerobic digester at [the] Compton distribution center,” he says. “It functions like [a] giant stomach. … You dump the food into a grinder, it’s mixed with runoff water from on-site creamery, and that turns it into a slurry.”

Over time, that food breaks down into two things: compost, and the greenhouse gas methane, typically emitted by decomposing food. The compost is shipped to farmers and used to produce new fruit and veggies. Votava says the methane is turned into electricity and provides about 20% of the power needed to keep the lights on at the site in Compton.

That digestor has been there since 2013, but there still aren’t that many like it. They’re expensive to build and not a popular use of taxpayer money. Today the best way to reduce food waste is to avoid creating it.

The best end to a strawberry’s journey is human consumption. But to get there, it still has to make it through the most dangerous part of its journey.

“In the U.S. and in North America, more food is wasted at the household level than at any other point in the supply chain,” says Collins. “Businesses are incentivized to make the most of their resources that households don’t have the same time and energy to do.”

Collins says Americans do not eat 40% of food that they buy. That’s about $1,600 worth of produce per year. But after the grocery bill is paid, that lost money is less obvious. Businesses pay per ton of trash they send to the landfill, while most of us pay monthly to have a trash bin that gets dumped once a week, regardless of how much is in there.

And it’s only gotten easier to waste food. Americans spent less than 10% of their income on food in 2019. Sixty years ago, it was nearly 18 percent.

Part of the problem is serving sizes at the grocery store. When smaller families buy larger portions, it can be a challenge to use everything that came in the package. Collins says the best solution is telling the grocery store about it: “[The] most underused way to impact food waste is telling food businesses whether something’s working for us. As long as the pound of diced onion is going off the shelf, they’re assuming people want that.” 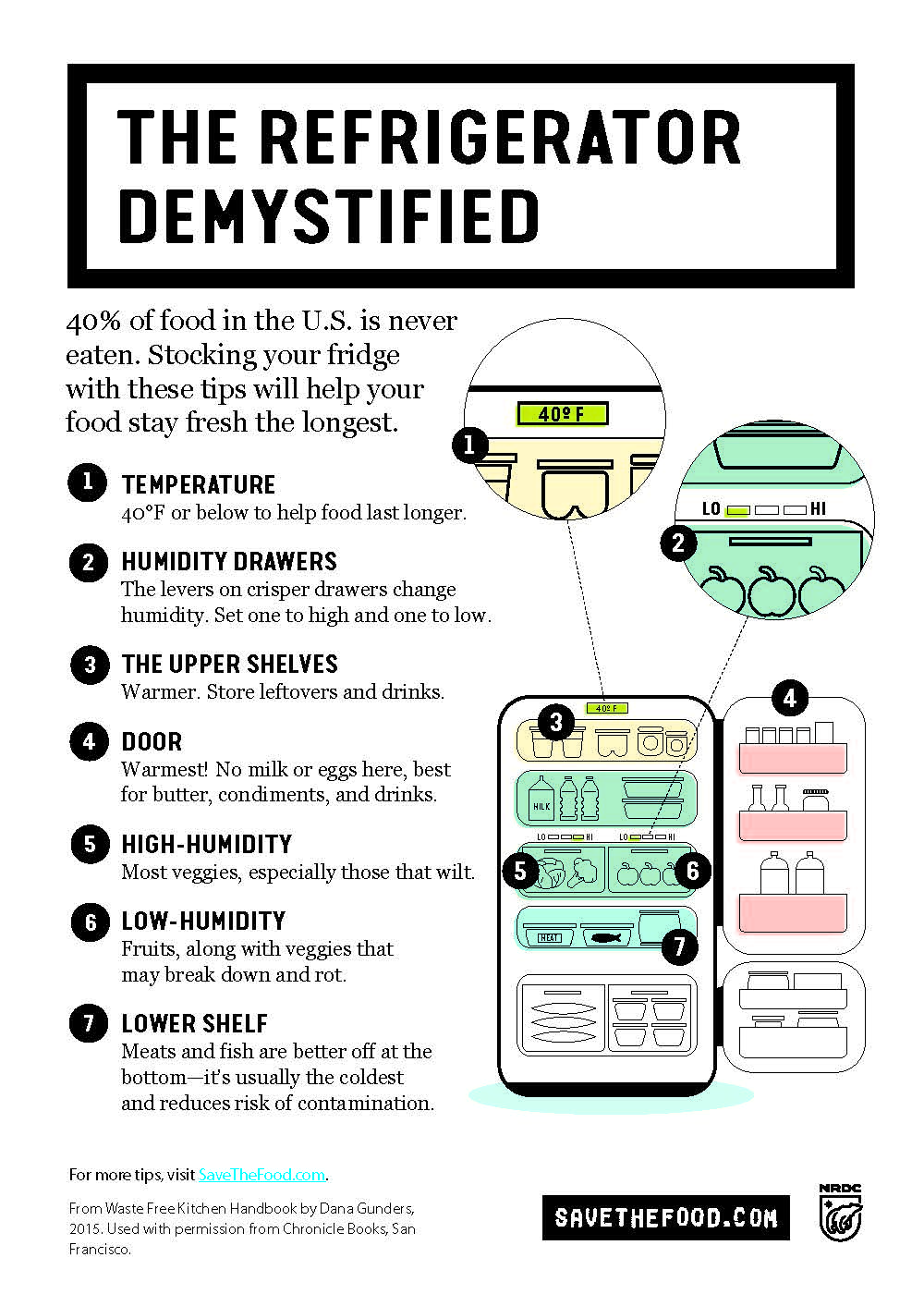 Most of the country’s food waste problem can be solved at home. Photo courtesy of Andrea Collins.

But Collins says the best way to combat food waste is to tweak habits at home. The NRDC has a website with more tips about how to keep your food from spoiling. Some of the simplest ways include:

To understand food waste, follow a California strawberry along the supply chain

With every strawberry that doesn’t get eaten comes the wasted water to grow it, the wasted gas to transport it, the methane it emits while it rots, and crowded landfills.

In recent years, new schools have popped up across Los Angeles, offering kids a chance to learn about growing food, minimizing waste, and everything in between.

Mars rover Perseverance will soon touch down to explore

In just a few weeks, the newest exploration device that’ll traverse the surface of Mars will make its debut on the red planet. In July, the rover called Perseverance...