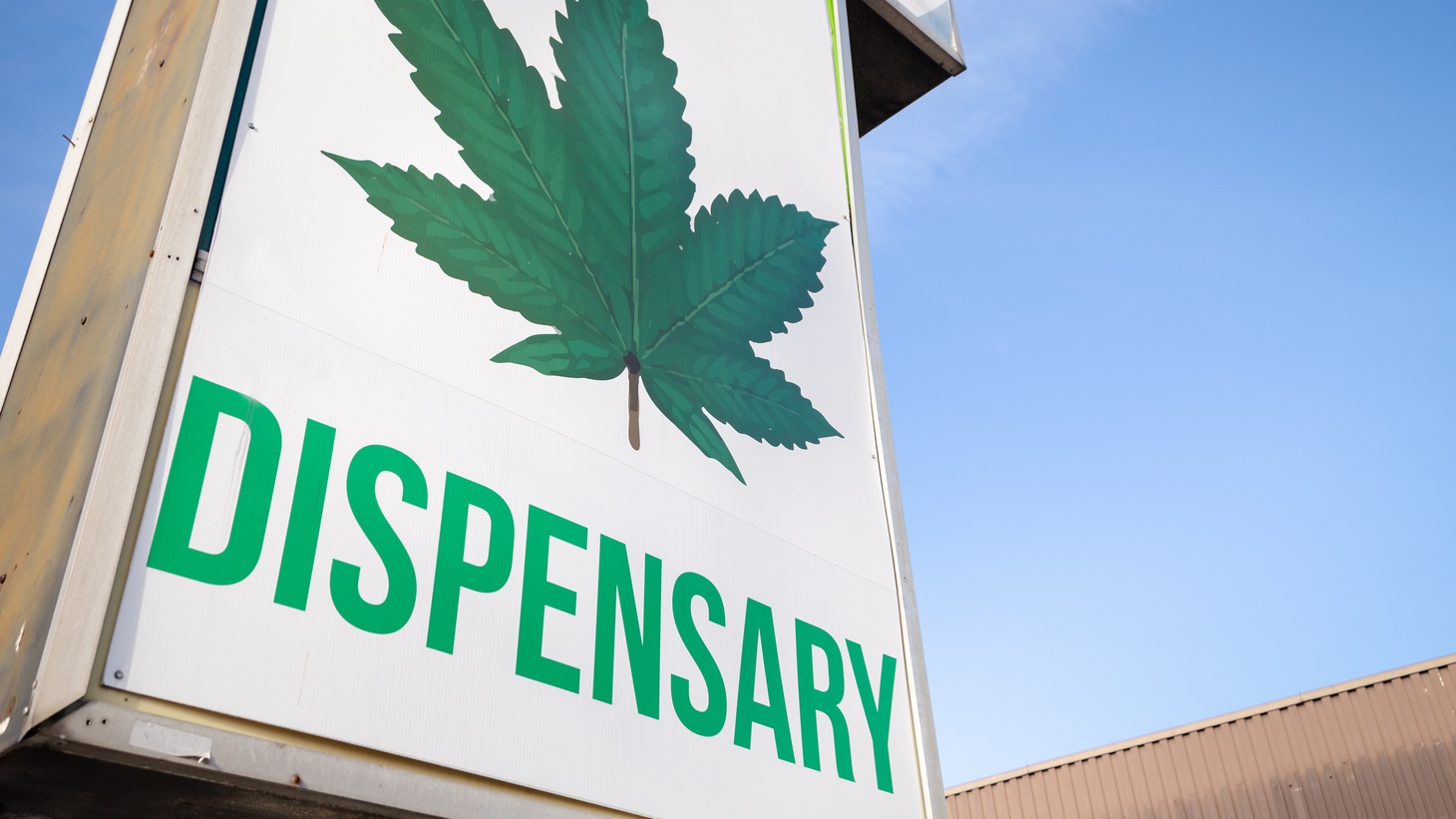 In California, many legal weed operators are in trouble despite the promise of Proposition 64. Photo by Shutterstock.

California grew millions of pounds of legal cannabis in 2021. But instead of harvesting that product to sell in dispensaries, many legal cultivators intentionally let tens of thousands of pot plants rot, while others set piles of their buds aflame. Spring would typically be the time farmers begin sowing seeds to harvest in the fall, but many legal farmers aren’t planting at all this year because they simply can’t afford to.

The plight of the cannabis cultivator is a symptom of a much larger issue: Problematic regulations. Right now, California’s legal market is drowning. Most of the state’s outdoor cannabis farms are going out of business. Legal dispensaries rarely turn a profit, and businesses are shuffling debt bubbles up and down the supply chain. This isn’t exactly how cannabis legalization was pitched five years ago when voters approved Proposition 64, which created the nation’s largest legal cannabis market.

“When you go back and look at what the advocates of Prop. 64 said would happen and you look at their policy proposals, they clearly over-promised, they clearly chose not to follow best business practices and fundamentals in these promises,” says Dr. Keith Taylor, a professor of extension at UC Davis who researches the efficacy of Prop. 64.

He predicts that the next two years will be dire for small cannabis businesses unless the state reforms the legal framework ASAP. “The clock is ticking,” Taylor says. “I'm not saying that to over exaggerate. It absolutely is.”

There are three central problems created by Prop. 64 that have culminated into a perfect storm for legal operators. The first issue: California grew way too much weed. And the oversupply has triggered a massive price collapse. Last summer the wholesale price of a pound of outdoor cannabis dropped from around $1,200 to $300.

“We were always ready for the price to drop but nothing like this,” says Autumn Shelton, the president of the Cannabis Association for Responsible Producers (CARP) Growers, which is made up of greenhouse cultivators on the Central Coast. “It has been very challenging since last summer for our farm,” she continues. “The issue we’re faced with isn’t just too many cultivators, it’s not enough retailers.”

The current glut in the market is the result of the state issuing thousands of cultivation licenses, while only administering hundreds of retail permits. That means there aren’t enough legal dispensaries in the state to sell the amount of product grown by cultivators.

“It's because too many municipalities aren’t allowing, or are providing such a difficult pathway to be able to get licensed and get permitted that we have too many cultivators compared to the retailers,” Shelton says.

This problem can be traced back to a last-minute edit made to Prop. 64’s cultivation rules in 2017, right before legalization kicked into high gear in California. When Californians voted on Prop. 64, the law said farms could not exceed an acre. But then in late 2017, the state gave cities and counties the ability to set their own limits on farm size, without any provisions limiting the numbers of cultivation licenses people could amass.

“That essentially pulled the rug out from under everyone, rapid fire,” says Taylor. “Opening the market right away is why we have a huge oversupply right now.”

Last summer’s price crash has been greatly exacerbated by Prop. 64’s tax regime, which is the second issue at play.

It costs roughly $150 to harvest a pound of cannabis flower. But when you tack on a flat state cultivation tax of $161 per pound on top of local cultivation taxes, the wholesale value of cannabis becomes less than the cost to grow and process it. Ebony Andersen, a co-owner of Josephine and Billie’s dispensary in Leimert Park, says the price drop plus the cultivation tax creates debt before the plant is harvested.

“When you are producing a pound [of cannabis] in a few hundred dollars and you have state taxes over $160 per pound, you’re looking at really a net loss every time,” she says. “So as that debt gets passed on from the small farmer all the way down to retail, we’re all kind of taking a hit.”

“The taxation of cannabis in unlike any other tax model,” says Taylor. “It’s an irrational tax system that does not follow standard ag or retail tax laws.”

A flat cultivation tax is levied at the top of the supply chain. Every tax that follows is layered on the previous tax as a product makes its way up the supply chain and into dispensaries. All of these taxes are passed onto the consumer, who is then expected to pay $75 for an eighth of cannabis.

Too easy to find an alternative

That leads to the third critical problem: There’s a massive illegal market for weed where operators aren’t paying taxes, so their products are infinitely cheaper — around $30 per eighth, versus that $75.

Jerred Kiloh, the owner of Higher Path dispensary on Ventura Blvd. and president of the United Cannabis Business Association, says he can’t fault anyone for buying the less expensive option. “If somebody told me that my car was 50% cheaper, do you think I’m still going to buy my car from the Toyota dealership? I’m gonna go to where it’s 50% cheaper. It’s the same car, right?”

Chris Ball, LA-based cultivator for Ball Family Farms, explains that an employee of his recently went to a dispensary to buy edibles for her mom. The subtotal for the product she purchased was $115. But once taxes were added on, her edibles cost nearly $160.

“You almost have to be rich in order to go out and buy legal cannabis,” Ball says. “Regardless of whether someone’s buying for a recreational or medicinal purpose, people just don’t have that kind of money right now because of the economy and COVID and everything that we’re going through. That’s why people are buying cannabis from the illicit market.”

California’s illegal weed market is more than twice the size of the legal industry. There are a number of financial barriers to entry that also deter people from joining the regulated market, such as the cost of licensure and bringing a state-compliant business to market. So why become a legal business?

“There isn’t a lot of incentive I think, especially seeing what’s happening to us right now,” says Andersen, the Leimert Park dispensary owner. “I think the government is doing a terrible job of showing what the model looks like because the model is struggling.”

Legal operators haven’t been shy about letting state regulators know there’s a problem. Emerald Triangle growers from Northern California held a rally at the Capitol steps in January. Some industry groups threatened a tax revolt, while the United Cannabis Business Association endorsed a letter to Governor Newsom that demanded three things: the elimination of the state’s flat cultivation tax, a three-year hiatus from the state excise tax, and the expansion of retail access.

Governor Newsom said in his 2022-2023 annual budget speech a few weeks later that he was supportive of cannabis tax reform, but didn’t reveal other details. Now there are four bills in the legislature to reform the tax regime, but no relief has been granted yet.

While the state drags its feet, cities like Desert Hot Springs and San Francisco have been lowering local taxes over the past few years.

In Southern California, Long Beach lowered its distribution tax from 6 to 1%.  Omer Saar, a co-owner of Feel Good Distribution in Long Beach, was instrumental in getting the distribution tax lowered in the city but he’s not satisfied by the change. “Lowering the distro tax really just made it possible to survive as a business,” Saar says. “It just made it possible to run a business [in Long Beach], but all the other taxation regulations and realities that we’re dealing with still make it nearly impossible to run a profitable thriving business in this market.”

Long Beach Mayor Robert Garcia confirmed that his city is also in discussions about reducing its cultivation tax, but can’t lower tax percentages too much because cannabis money funds departments in the city.

“Still we want to make sure, obviously, they are making enough revenue that we’re actually paying for services,” Mayor Garcia says. “The city is providing a lot of services and a lot of staff who just focus on cannabis.”

California is known for its cannabis the way it’s also known for wine. Many in the industry believe Prop. 64 could permanently damage that cultural legacy if careful action isn’t taken at the state level immediately.

“Everyone is leaving the state,” says Kiloh. “Our growers of 25 years, the chemists, the sales people, the people who are connoisseurs, they’re leaving the state for profit opportunities somewhere else. When you drain the state of its intellectual property and the people who are the most experienced, you have to look and go, ‘Why are we decimating an industry when we’ve got $15 billion of possible revenue here?’”

Those billions of dollars are being wasted, Kiloh says, unless the state fixes this sticky situation.

After Oil Can Harry’s closed during the pandemic, LA lost one of its oldest LGBTQ bars and nightclubs. But LA City Council may designate the site as a Historic-Cultural...

What to expect from LA Dodgers and Angels this baseball season?

The LA Angels will begin their season tonight against the Houston Astros, while the LA Dodgers will start on Friday against the Colorado Rockies. What can we expect during...