Robin Daniels, CEO of the nonprofit Sisters of Watts, says she called her neighbors and knocked on doors to find patients for the Watts mobile vaccination site. Photo by Caleigh Wells.

The nonprofit Sisters of Watts is made up of four sisters who’ve lived in Watts nearly their entire lives.

For the past five years, they’ve been serving the residents of that neighborhood, handing out free backpacks to kids and meals to senior citizens, giving haircuts to unhoused people, and more recently, helping people get vaccinated.

The organization has also been working with the city’s mobile vaccination unit to find local unvaccinated residents and convince them to show up.

“Some of them was worried listening to the news, listening to other people talk that did not get the vaccine,” says Robin Daniels, the co-founder and CEO of Sisters of Watts.

She received the vaccine in April, and says it helps persuade people when she talks about her own positive experience. 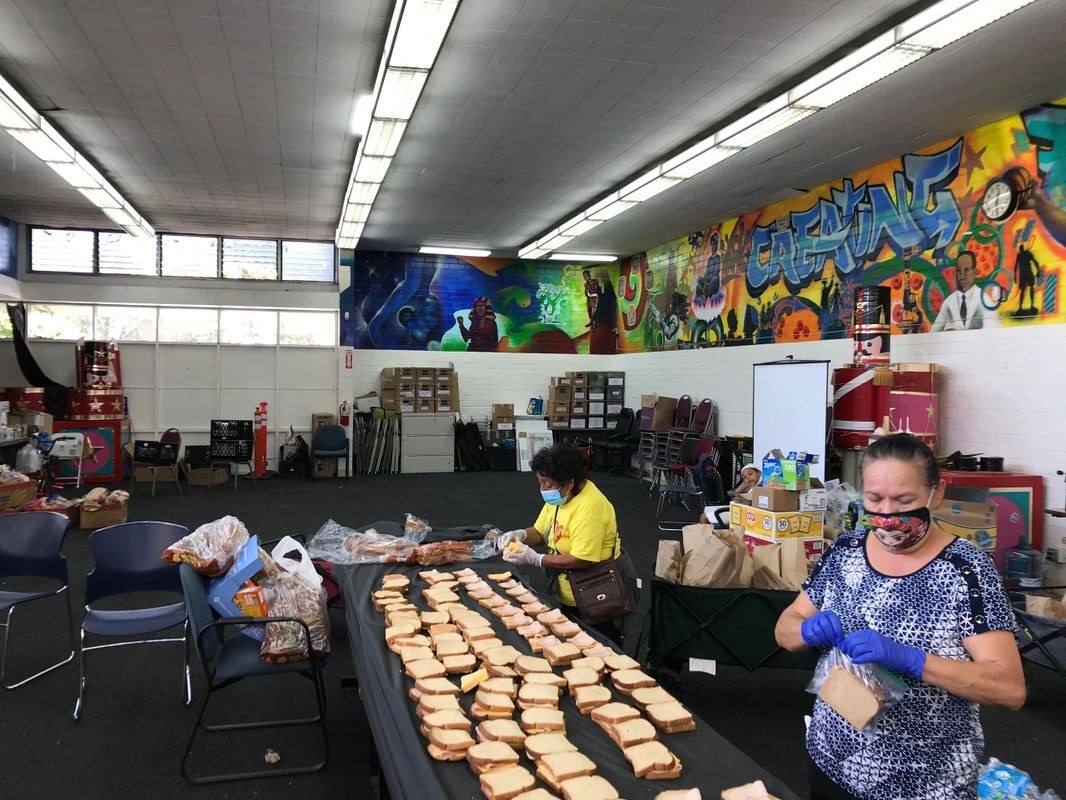 The nonprofit’s lunch program has served thousands of meals. Courtesy of Sisters of Watts.

The LA Public Health Department reports that 51% of people in Watts have been vaccinated, which is a lower rate than nearby South Gate and Florence, and substantially lower than wealthier parts of LA.

While some people predict communities like Watts have hit their plateau when it comes to vaccination rates, Daniels says her organization is continuing to educate hesitant people and make the process more accessible.

“We’re still letting people know,” she says. “We had a big Juneteenth event, and we had someone out there doing vaccinations, and our local park is doing one right now, so we’re sending people over there.”

California wildfire survivors on unexpected costs of rebuilding their homes

Years after Woolsey and Thomas Fires, survivors explain why they still haven’t rebuilt their homes

Many people who lost their homes to wildfires years ago still haven’t rebuilt, or have chosen not to, after discovering how difficult and long the process can be.

If you’re a parent of a child under age 12, navigating the world can still feel unsettling. Should you eat indoors with your kids or bring them to the zoo?

The nonprofit Sisters of Watts is made up of four sisters who’ve lived in Watts nearly their entire lives. For the past five years, they’ve been handing out free backpacks...