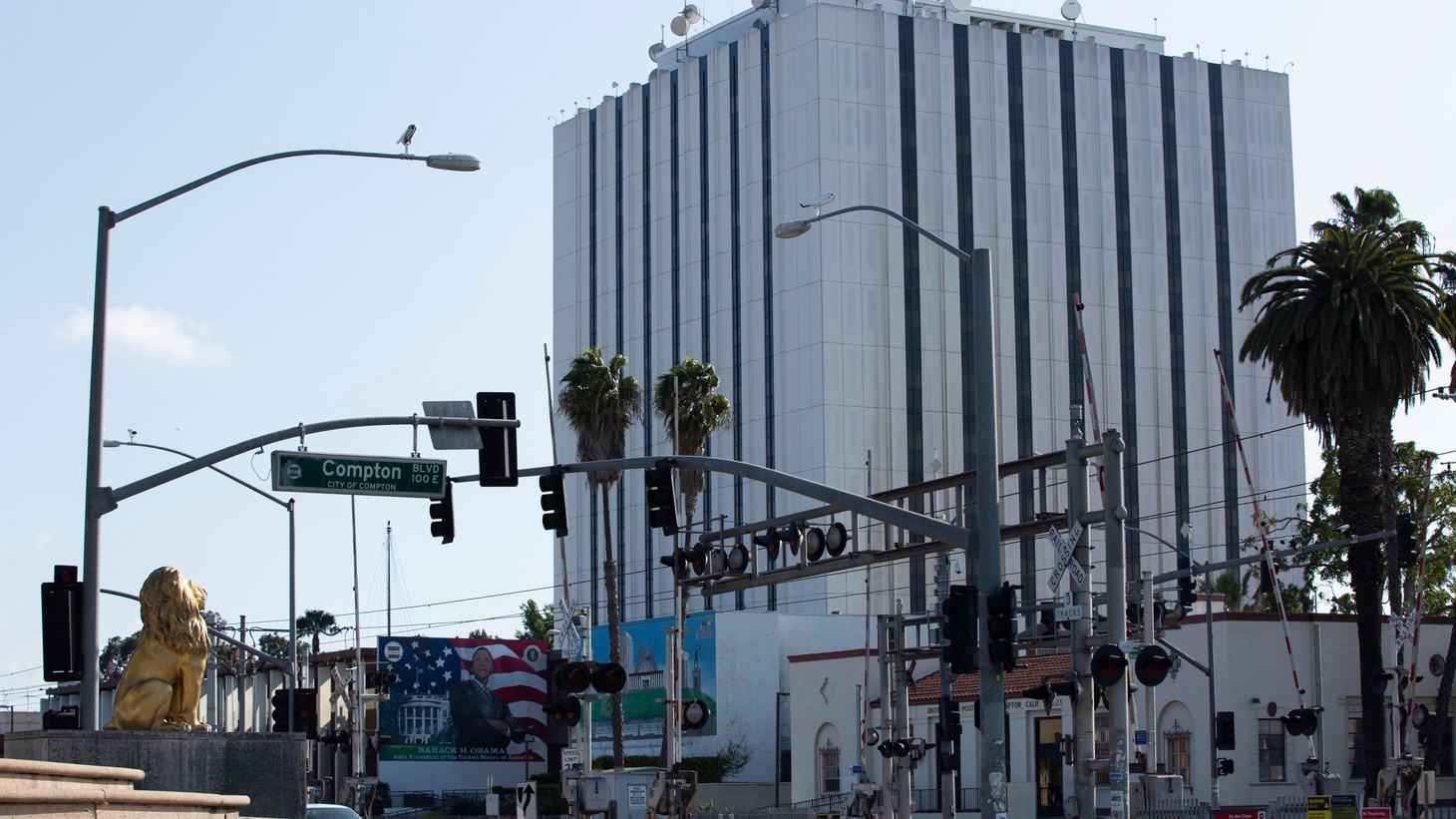 The neighborhood where Compton Boulevard is located is now known as South Los Angeles. But the area’s label got a makeover following the LA Riots to eliminate the stigma surrounding the community. Photo by Shutterstock.

The 1992 LA Riots impacted communities and changed lives, but it also transformed the landscape of LA itself, leading to a campaign to tweak the name of one very well-known Los Angeles neighborhood: South Central.

The neighborhood found itself vilified in movies and pop culture and struggled with urban ills like crime, poverty and disinvestment following the unrest.

“There was this great effort after 92 to instantly make ‘South Central’ better,” says LA-based journalist and writer Erin Aubry Kaplan.

“How can we reinvent really quick [and] put our past behind us? Let's call it South LA because South Central was — in the minds of the public — it was a bad word.”

In 2003 the City Council voted to officially replace the name “South Central Los Angeles” with “South Los Angeles” on all of the neighborhood’s signage and official city documents. Advocates and elected officials said they wanted to erase the stigma associated with the name.

“It was a rebranding,” says Kaplan. “It was a quick fix. Everyone knew it wasn't a fix, but [they thought] maybe it'll change people's minds. Maybe that will lead to improvement.”

The aptly-named South LA Cafe sits near the corner of Western and Martin Luther King Avenues. Surrounded by plants and yellow bistro tables on an outdoor patio, co-owner Celia Ward Wallace says it was a bit of a struggle to settle on a name for the business.

“There was a ton of conversation,” she says. “We did say, ‘South Central Cafe? South LA Cafe?' But I think at the end of the day, we just wanted something that was easy to say that people would be able to just roll it off their tongue.”

Both Celia and her husband and co-owner Joe Ward Wallace have deep roots in the community with Joe being born and raised in the area.

“It's almost like we intentionally set it up to be a conversation piece where we could say, ‘Yes, we're South LA Cafe, but let's talk about why the roots of this are based in South Central, and we have to hold on to that,’” Celia says.

Kaplan wonders if the rebranding of South Central LA worked because the area now has that all-important measure of neighborhood cachet.

“South Central is cool now!” says Aubry Kaplan. “The demographics are really changing. But [for] the people who are not Black who moved there, there seems to be this embrace of the Black heritage, and there's not a move to change that. I hope that's a good model — a new model for how we might go forward. I have hope that will continue for South Central.”

On the 30th anniversary of the LA Uprising, Mayor Eric Garcetti is scheduled to join Rodney King’s daughter, Lora King, members of the Latasha Harlins’ family, and other community leaders at the intersection of Florence and Normandie Avenues to commemorate 30 years of reconciliation and healing since those awful events of 1992.