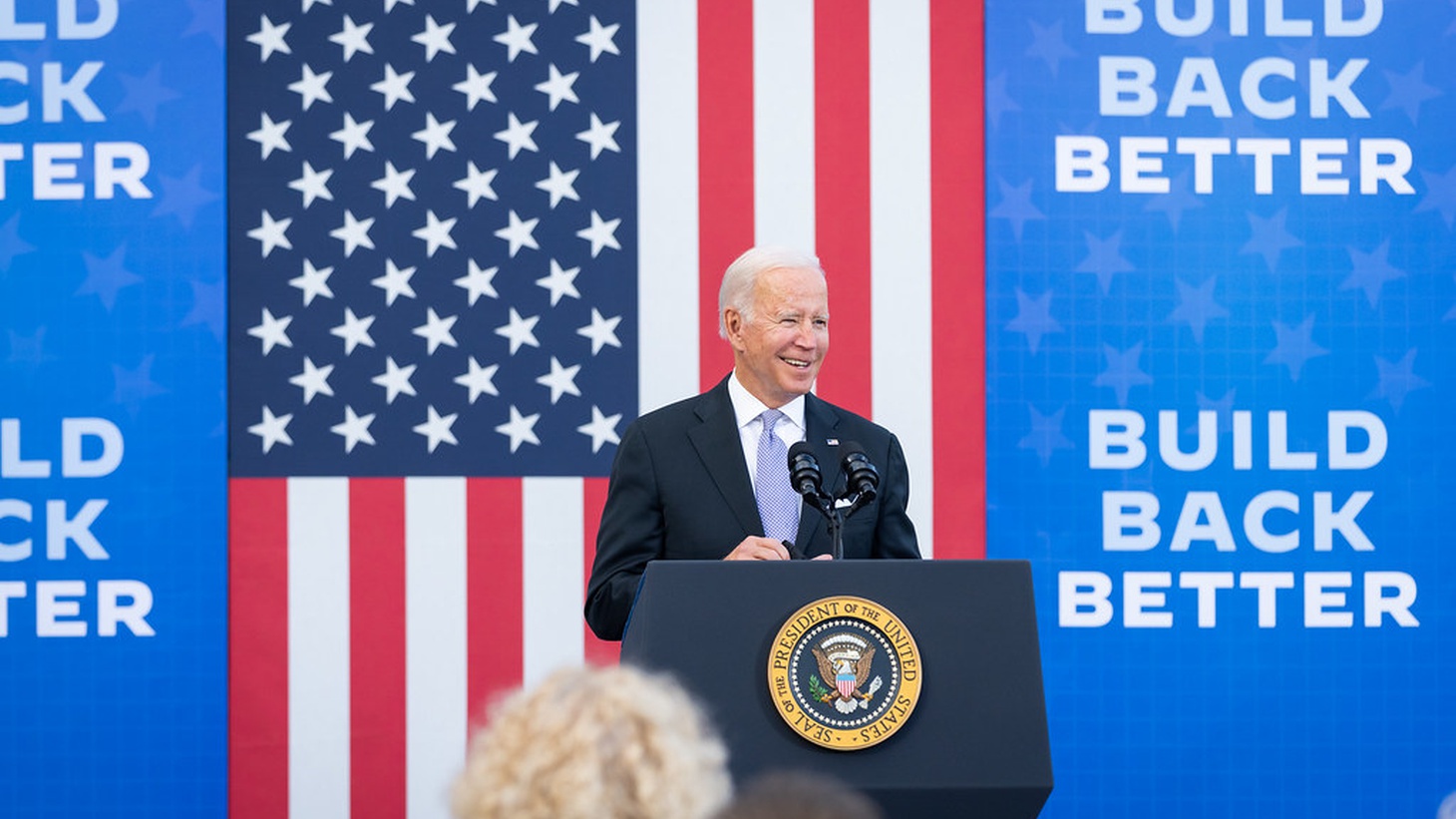 President Biden took questions from reporters on Wednesday for nearly two hours — ranging widely from voting rights to Ukraine and more — as senators from his own party threatened his top legislative goals.

The president says he’s outperformed expectations. His approval rating — a meager 40% or so — doesn’t seem to square with that. But can Biden be blamed for taking power during a historic pandemic? Or did he set himself up for failure by trying to strongarm moderate Democrats into a bill they already said they wouldn’t vote for?

Also, Biden says he expects Russia will invade Ukraine. Economic sanctions might work, but how can the U.S. and Europe — which is heavily reliant on Russia for energy — work together to curb Russia’s territorial aspirations? Guest host Jeremy Hobson brings on panelists Megan McArdle on the right and Jamelle Bouie on the left to discuss.

This week’s special guest is John Avlon, a political analyst at CNN and the author of a new book called “Lincoln and the Fight for Peace.” With Democrats’ voting agenda in peril and some on the left saying democracy is facing an existential fight, how does the present moment compare to other presidents in times of trouble? Our panelists break it down.

Then — what are Republicans for? Biden asked that question at this week’s press conference and it may become a talking point during the 2022 midterm elections. How will Florida Gov. Ron DeSantis differentiate himself from Trump in the run up to the Republican primary? Which Republican nominee should Biden be more worried about?