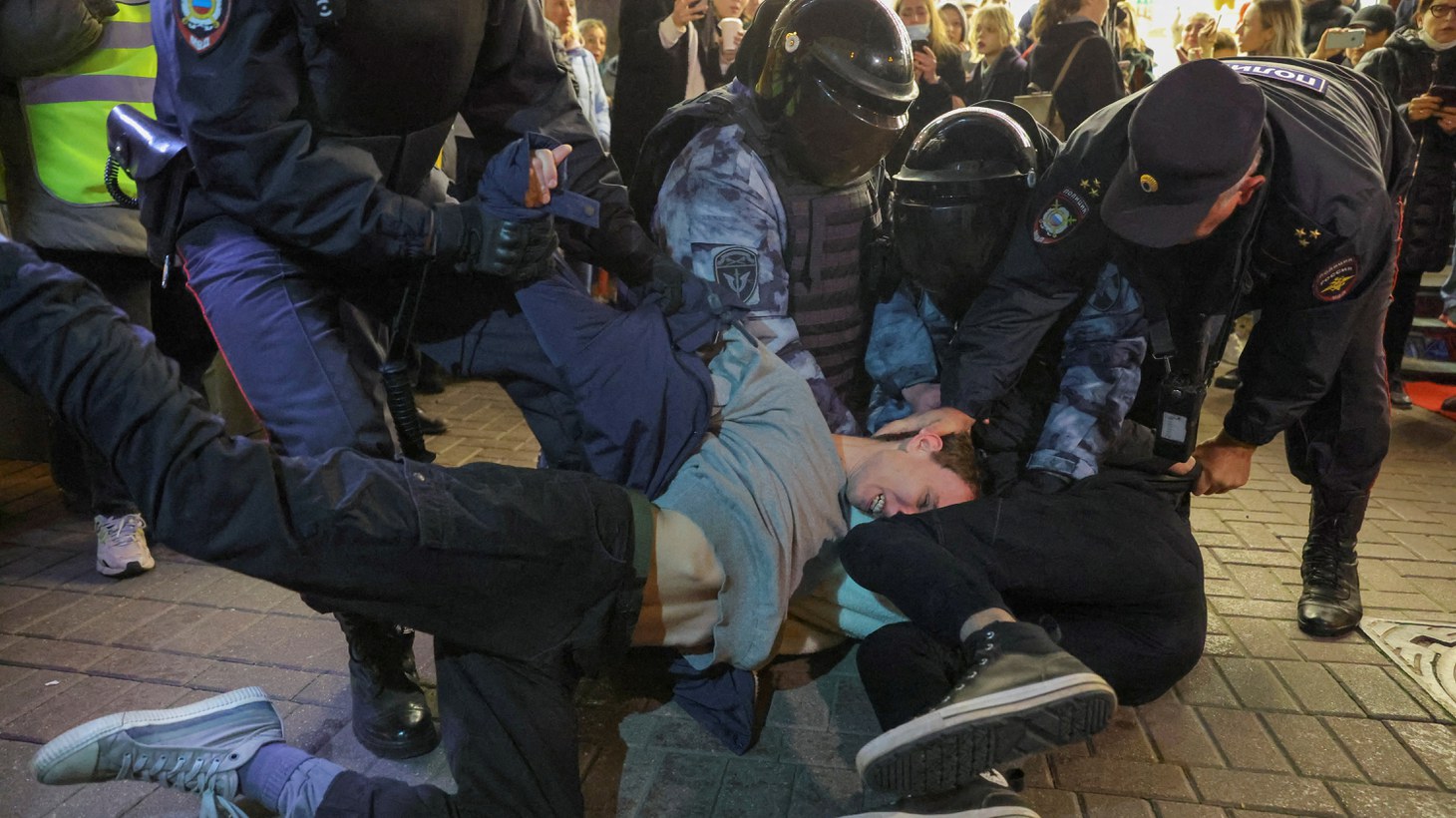 Russian law enforcement officers detain men at a street protest against President Vladimir Putin’s call for the mobilization of reservists, in Moscow, Russia, September 21, 2022. Photo by Reuters/Reuters Photographer TPX Images of the Day.

This week, global political leaders met in New York for the United Nations General Assembly. U.S. and European officials slammed Russian President Vladimir Putin for further escalating the war against Ukraine, calling up 300,000 reservists, and threatening to use nuclear weapons.

Should Americans be worried about Putin’s nuclear threat? And how should the United Nations respond to Russia’s invasion and alleged human rights violations?

During the assembly, President Biden said Russia is violating the core tenets of membership in the U.N. and trying to extinguish Ukraine’s right to exist.

Is Biden rising to meet the moment, and will this standoff define his presidency?

Host David Greene discusses with Jill Filipovic, columnist at CNN.com, on the left; and Avik Roy, president at the Foundation for Research on Equal Opportunity, on the right. And special guest Evelyn Farkas, executive director at the McCain Institute, analyzes Putin’s strategy and how Russian citizens are responding.

Plus, Florida Governor Ron DeSantis sent two planes of migrants to Martha’s Vineyard last week as a political stunt. DeSantis, along with other governors from Republican-led states, are looking to show that the country’s immigration challenges are a burden that shouldn’t only fall on border states.

Do Republican governors have a point? Could this force Biden to take action on immigration policy?

But officials deceived families about where they were going, and some Democrats are calling the stunt outrageous and cruel. A class action lawsuit was filed on behalf of the migrants against DeSantis, claiming the incident was fraudulent and illegal.

Do the migrants have a legit case against DeSantis? And can there be any bipartisan agreement on immigration policy?

And, President Biden said on an interview with “60 Minutes” that the pandemic is over. People in both political parties expressed outrage at this declaration, and even his own staff seemed surprised.