Decoding Jasper Johns at the Broad

Jasper Johns is called the greatest living artist. He’s 87 years old. His work often goes for hundreds of millions of dollars. But Johns himself is famously elusive about his paintings and refuses to explain what his art means. So it’s up to critics, viewers, and writers to make sense of the artist’s work, and it’s not an easy task. 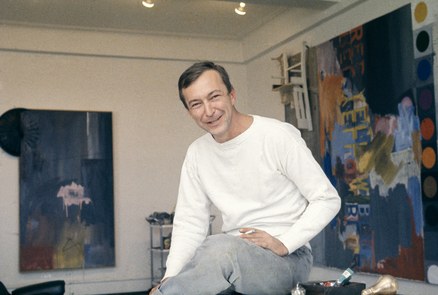 Jasper Johns in his studio in New York City in 1964.
© Bob Adelman Estate. 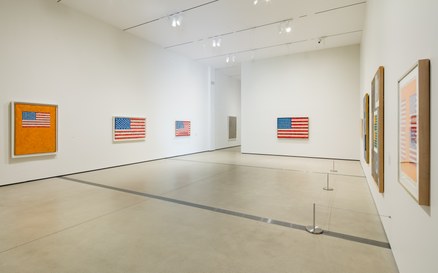 The opening gallery for the Broad's new show is full of Jasper Johns'
most famous image: the American Flag. Photo: Pablo Enriquez.

$2400/mo for a dorm room? San Francisco professionals say sign me up!

Special Counsel Robert Mueller has subpoenaed an unnamed witness, and is seeking all communications with President Trump and nearly a dozen of his closest advisers.

The Trump-Netanyahu meeting, and the political mess in Israel

On Monday, Israeli Prime Minister Benjamin Netanyahu met with President Trump at the White House. The meeting came after Trump’s decision to move the U.S. embassy from Tel...

Was this year's Oscars more political than in the past?

#MeToo and #TimesUp dominated the 90th Academy Awards on Sunday night. But there were fun moments too -- the Oscar winner who gave the shortest speech won a jet ski and a...

Decoding Jasper Johns at the Broad

Jasper Johns is called the greatest living artist. He’s 87 years old. His work often goes for hundreds of millions of dollars. But Johns himself is famously elusive about...

A company called Starcity has opened three dorm buildings in San Francisco, and they’re working on several more. Adults in their 20s-40s are paying $1400-2400 a month to...