Imagine you’re living in small-town America. Then you see three vehicles roll down Main Street. One is shaped like a giant yellow Birkin bag. The second: a metallic silver elephant. The third: a sparkly, amorphous pink thing with a bow on top and bright red lips that cover the grill.

That’s the premise of the HBO’s new show “We’re Here.” It stars Bob the Drag Queen, Shangela, and Eureka O’Hara.

At heart of the show: illustrating what people around America have in common. That’s according to Bob the Drag Queen.

She says, “It’s really easy to see someone on the train or see someone in public, and make them strangers. But when you know them, and when you get to know their experiences, they become human to you.”

Both Shangela and Bob grew up in small towns — Shangela in Paris, Texas, and Bob in parts of Georgia, Alabama and Mississippi. They say their upbringings help them navigate the places they visit on “We’re Here” — without bringing preconceived notions about rural communities.

Their visits draw mixed responses from locals. “We’ve got everything from people being like, ‘You look amazing, can I get a picture?’ Some people call us freaks, some people call the cops on us,” says Bob.

She explains that reactions are based on people’s experiences with other drag queens and on preconceived notions they may have about them, positive or negative.

The drag queens mentor the residents they meet

In Gettysburg, Pennsylvania, Shangela mentors Hunter, a young man who experimented with makeup as a teenager. He often felt like he didn’t fit in with his community, a sentiment that Shangela personally shares.

“I feel like when I do a full face, [it] protects me and it makes me stronger,  almost like my war paint,'' Hunter says in the show.

Shangela describes why she dresses in drag: “I'm going to give ‘em something to look at, and even if it's not for them, it's for me. I feel beautiful. I feel confident. I feel stronger when I have this on. … That's what we're doing a lot of times in drag. It helps you to walk a little taller. ... I'm now living my life for me. This is mine.” 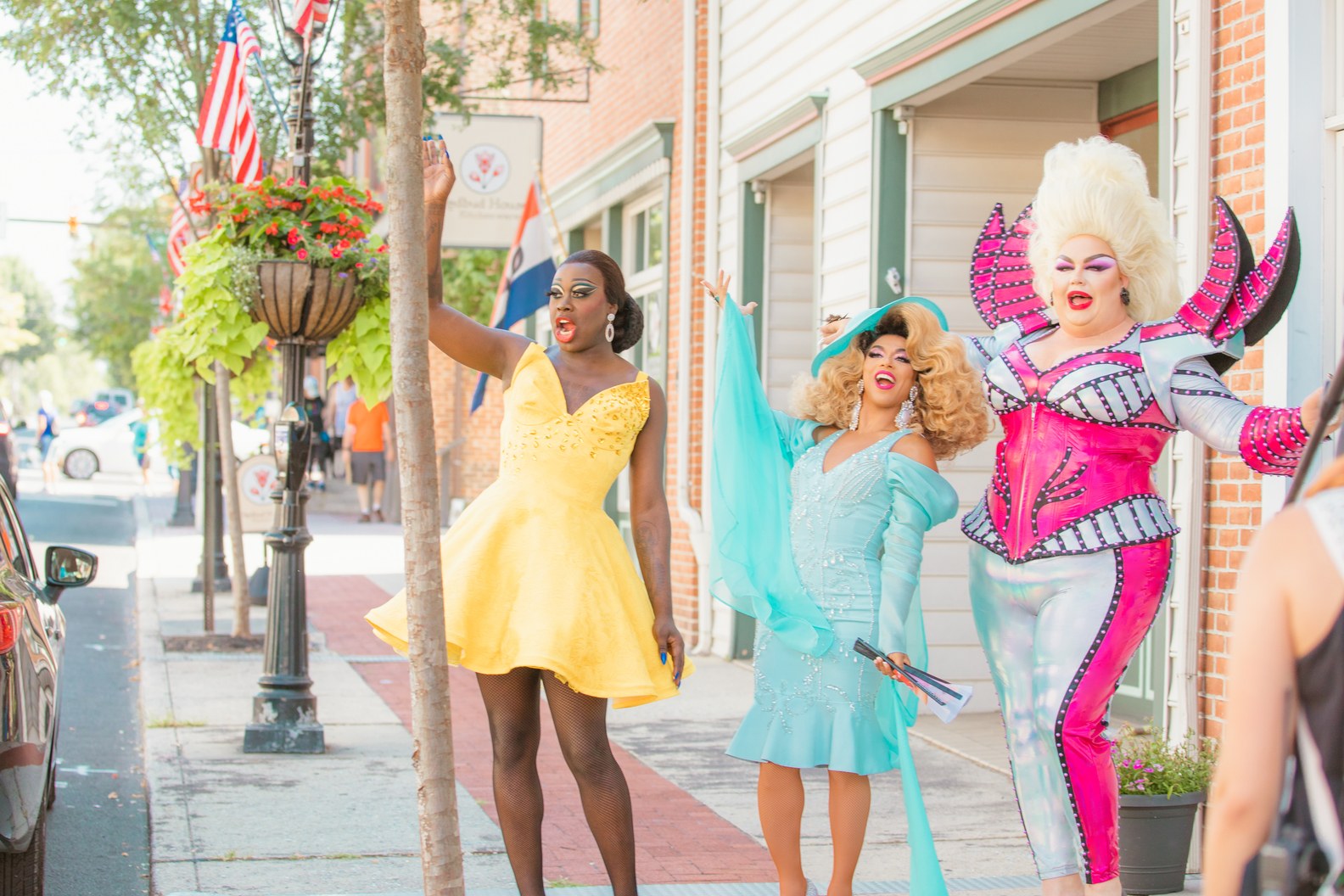 “We’re going into places where there hasn’t been a lot of drag before,” Shangela says. Photo credit: Khun Minn Ohn (HBO).

Bob’s mentee, or drag daughter, in Gettysburg is Darryl, a heterosexual black man who’s a community leader. He does drag to support LGBTQ and drag culture.

“Racism and intolerance is just a part of the fabric of where we are. If I'm not willing to live in the shoes of somebody who does drag, then how can I expect someone to understand my experiences as a black man?,” Darryl says on the show. “If you see where black people had to come from, then we have that much farther to go for people who are gay or lesbian, for people who are trans. Walk in their shoes … so that people stand for you. It's how I live.”

To Bob, Darryl is an example of what American culture is losing: “The ability to see things from someone else's perspective, the ability to try to understand what someone else is going through and be considerate of that and try to be understanding of that.”

Performing as people of color

Like in any other part of society, Bob says the drag community isn’t immune to the socio-economic challenges of living as a person of color.

“I think that queens of color have more work that they have to do in order to be accepted or sometimes to achieve as much” she says.

Despite those differences, Bob hopes that “We’re Here” will unite people from all backgrounds.

“Hopefully [the series] will show us that even though we are different in a lot of ways, we all have different challenges, [but] we also have a lot of similarities in our lives.” 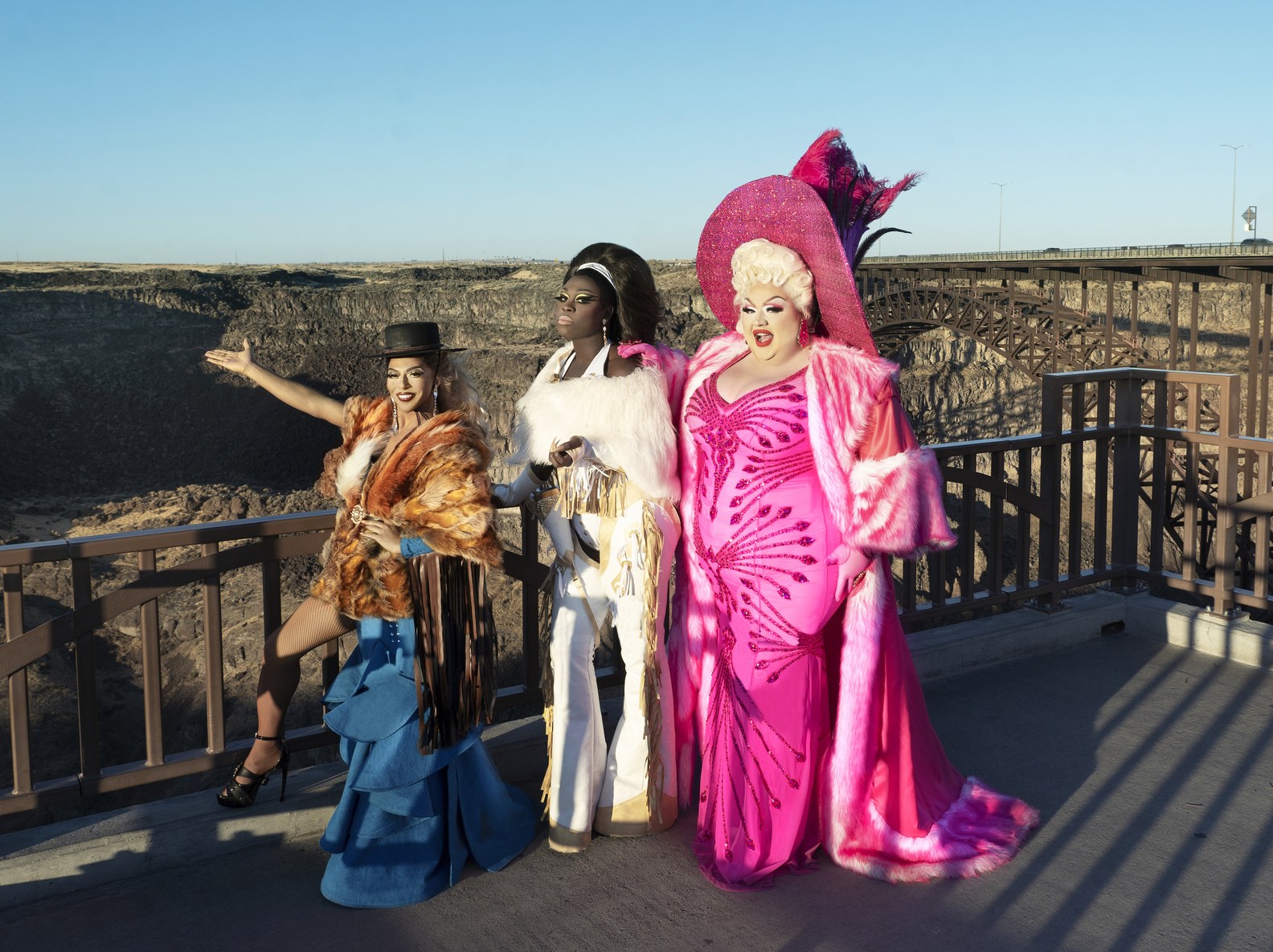 Bob the Drag Queen (center) says America is losing the ability to see things from others’ perspective, but she hopes her new show will bring unity. Photo credit: Christopher Smith/HBO.

“RuPaul’s Drag Race” has been on air for more than 10 years, but Bob doesn’t exactly think it has become mainstream. She says it depends on your definition of mainstream.

Both Bob and Shangela recognize drag culture has become more visible in Hollywood and elsewhere. Celebrities and artists have appeared in drag at the Met Gala and the Oscars.

But Shangela says there’s still some way to go: “You don’t see too many drag queens over on ‘Duck Dynasty.’ If ‘Duck Dynasty’ is your mainstream, then we still haven’t gotten there yet. But that’s what this show, ‘We’re Here,’ is hoping to do. We’re going into places where there hasn’t been a lot of drag before.”