Béla and Márta Károlyi built a gymnastics empire, but it collapsed when Larry Nassar sexually abused hundreds of gymnasts. That’s the focus of the new ESPN podcast called “Heavy Medals."

During the 1976 Olympics in Montreal, 14-year-old Nadia Comăneci from Romania catapulted herself to fame with her performance on the uneven bars.

Her coaches, Béla and Márta Károlyi, also became famous. All three defected to the US in 1981. Based on their reputation as “Nadia’s coach,” the Károlyis built an empire. They took American gymnastics to even greater heights than the homeland they left behind the Iron Curtain.

But it all came crashing down in the wake of the Larry Nassar sexual abuse scandal — amid allegiations that the Károlyis knew about his abuse and turned a blind eye to it.

The Károlyis’ story is told in a new ESPN podcast called “Heavy Medals.” 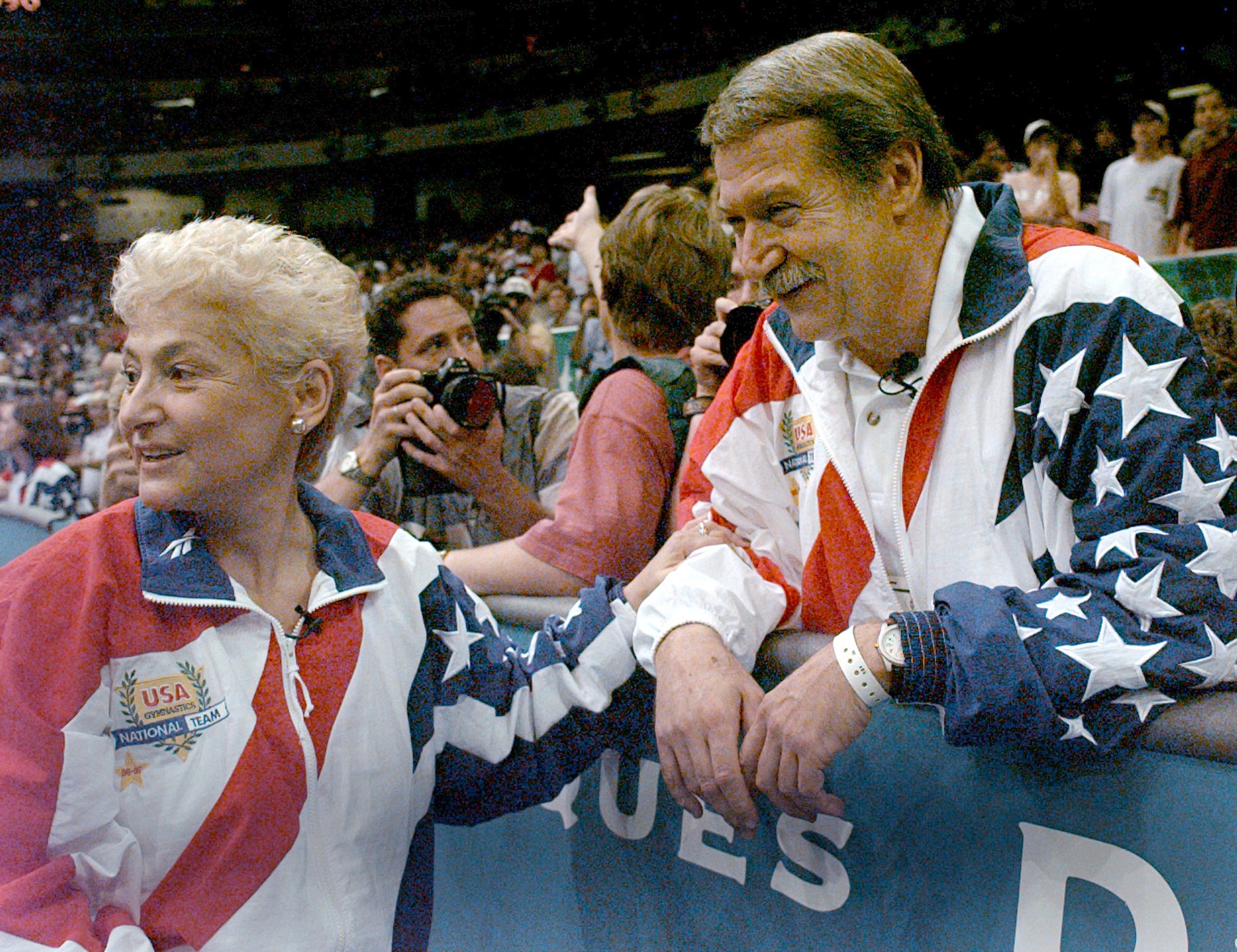 Béla and Márta Károlyi were the coaches of Romanian gymnast Nadia Comăneci before taking American gymnastics to even greater heights. Photo by Amy Sancetta.