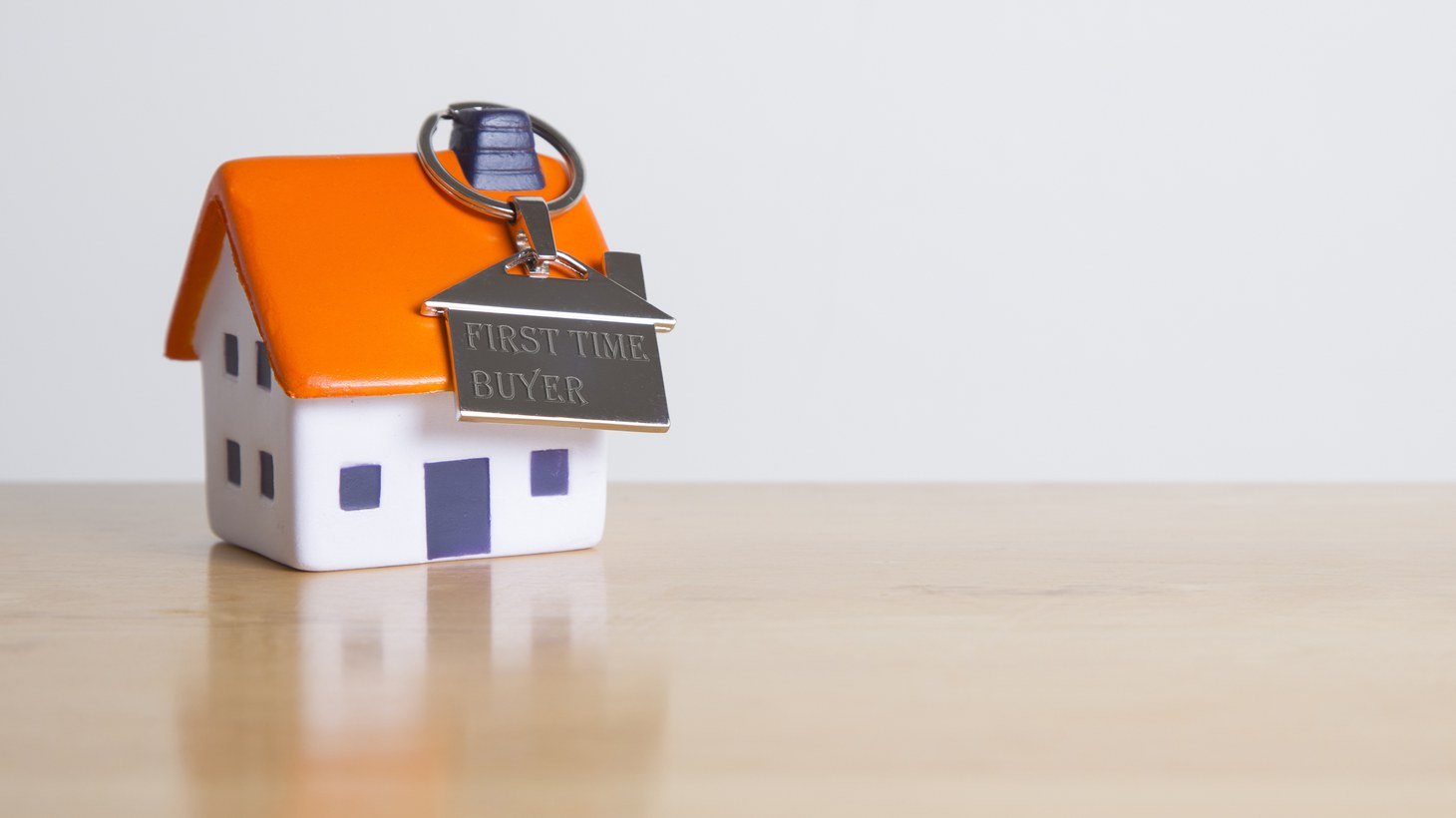 “For most people, buying makes sense. … If I'm paying rent, then I’m never seeing that money again. If I'm paying for my own home, in terms of a mortgage, while I am paying interest, especially in the beginning, ultimately I'm paying myself in that added equity. And when the loan is paid off, I will own that house. And this is the most important method of wealth creation in America today,” explains David Dworkin, president and CEO of the National Housing Conference. Photo by Shutterstock.

The median home price in the U.S. fell nearly a percentage point in August — the biggest drop since 2009. But interest rates are rising faster — above 6% now. That’s all according to the government-sponsored finance company Freddie Mac. So the affordable starter home is still a mirage for most young people.

That includes 29-year-old consultant Lucas Vangeison. He and his wife opted to buy their first condo in Westwood in September since a single-family home was out of budget.

He tells KCRW that he looked at houses periodically over the past few years and felt like buying was a pipe dream in LA, but he and his wife decided that it was better to get some equity from a home of their own, rather than spend — and thus “throw away” — the same amount of money in rent.

If he continued renting, the cost would have been $3,500 per month and even north of $10,000 in more luxurious places, he says.

Vangeison and his wife ultimately agreed to buy a $859,000 two-bed and two-bath condo spanning more than 1,400 square feet. Their mortgage, taxes, and insurance add up to about $5,000 per month, which he says is the same as monthly rent in Santa Monica for the same amount of space. Their down payment was 10% — just under $86,000. And they paid months worth of taxes upfront — $8,000.

They landed that deal thanks to help from a close friend who works in real estate.

However, one of the bathrooms had a major leak four days after they closed the deal, he points out. The building was constructed in 1972. Now they’re repairing the water damage, but other than that, no other repairs or upgrades were necessary.

He says that a single-family home would have been “icing on the cake,” but this condo is a good “second place option,” and he has no regrets. He adds that some family homes on the market are smaller than their condo.

Vangeison made a good decision, says David Dworkin, president and CEO of the National Housing Conference, which is the nation’s oldest and broadest affordable housing coalition.

“We think about housing affordability in terms of a third of your income. Basically, you shouldn't have to pay rent or your mortgage for more than 30% of your income,” he explains.

“The fact is — as Lucas found out — you're going to pay too much whether you're renting or buying. And most people, I think, are finding that they just can't afford anything,” he says. “So they're making really significant trade-offs. They're getting a lot less room than they may need, especially if they have children. And one of the biggest things they're cutting back on if they're paying too much in rent is saving. And so their ability to save for a downpayment is really cut as well.”

He notes that some mortgages exist that allow for 3-5% down payments. However, prospective buyers could be outbid by an all-cash offer, no matter how much they put down.

“Most of the market are actually mom-and-pops and small investors. And they're coming in with cash. They're buying homes. And they're renting them because it's a great renting market. And that's really hard for the first-time homebuyer in particular.”

Dworkin’s advice for people looking to buy a home now: Don’t assume you can never do it — just look at your budget to see what’s affordable.

“For most people, buying makes sense. … If I'm paying rent, then I’m never seeing that money again. If I'm paying for my own home, in terms of a mortgage, while I am paying interest, especially in the beginning, ultimately I'm paying myself in that added equity. And when the loan is paid off, I will own that house. And this is the most important method of wealth creation in America today.”

He adds, “I think being able to make this available to everyone, particularly first-generation homebuyers, people who are disproportionately Black or Latino or Asian Americans, they're out of the wealth-growing opportunity. And this has a multi-generational impact.”

The October 2021 audio among three Latino City Council members was a display of elected officials trying to influence the redistricting process along racial lines. Lawsuits...

A 29-year-old consultant in LA shares how he and his wife bought their first condo for $859,000. The CEO of the National Housing Conference explains whether it’s better to...

When Kenyan musician Ondara was a teen in Nairobi, he often skipped school to listen to Bob Dylan. He now lives in the U.S. and has become a folk singer himself.