“It was really cool to work with people that really just enjoy comedy. And I'm sure some of them are trying to make careers out of it. But … the focus of this group, we just kind of meet, and make jokes, and make each other laugh, and it's a really nice way to start the week,” says Jo Firestone (standing, center). Photo courtesy of Peacock.

Comedian Jo Firestone, who used to write for “The Tonight Show,” decided to teach a free online comedy class for seniors ages 66-88 when the COVID-19 pandemic hit. A new documentary follows these seniors as they prepare to do a stand-up routine before an in-person audience — many for the first time. “Good Timing with Jo Firestone” is currently on Peacock, NBC’s streaming platform.

Helen Yaloff, 86, says she enrolled not simply to have something to do, but because the course is fun and gives her something to look forward to. She says she’s written plays, sang, and acted, but this is the first time she’s focused on comedy, and learning stand-up wasn’t scary at all.

“We're not having to please … the usual audience, which is in comedy clubs, young people bring their dates, and they don't really care so much. We’re pleasing people who really care about what we're saying,” Yaloff says.

Firestone notes that when people do comedy professionally, they focus so much on making money and forget why they enjoy it in the first place. “And so it was really cool to work with people that really just enjoy comedy. And I'm sure some of them are trying to make careers out of it. But … the focus of this group, we just kind of meet, and make jokes, and make each other laugh, and it's a really nice way to start the week.”

Firestone explains that the class occurs every Monday, and she gives assignments that prompt the roughly 24 students to surprise each other.

“We're learning through the exercises, and you're always incredibly positive,” student Helen Yaloff tells Firestone in this conversation. “I find that absolutely amazing — how positive you are about everything. So we're encouraged to just keep on going and taking chances like crazy.”

One prompt Firestone gave: What’s the worst place to propose a marriage, and the best place to wet your pants? Yaloff’s answers: A sewer where you’ve just fallen down, and a taxi cab so you can leave fast. 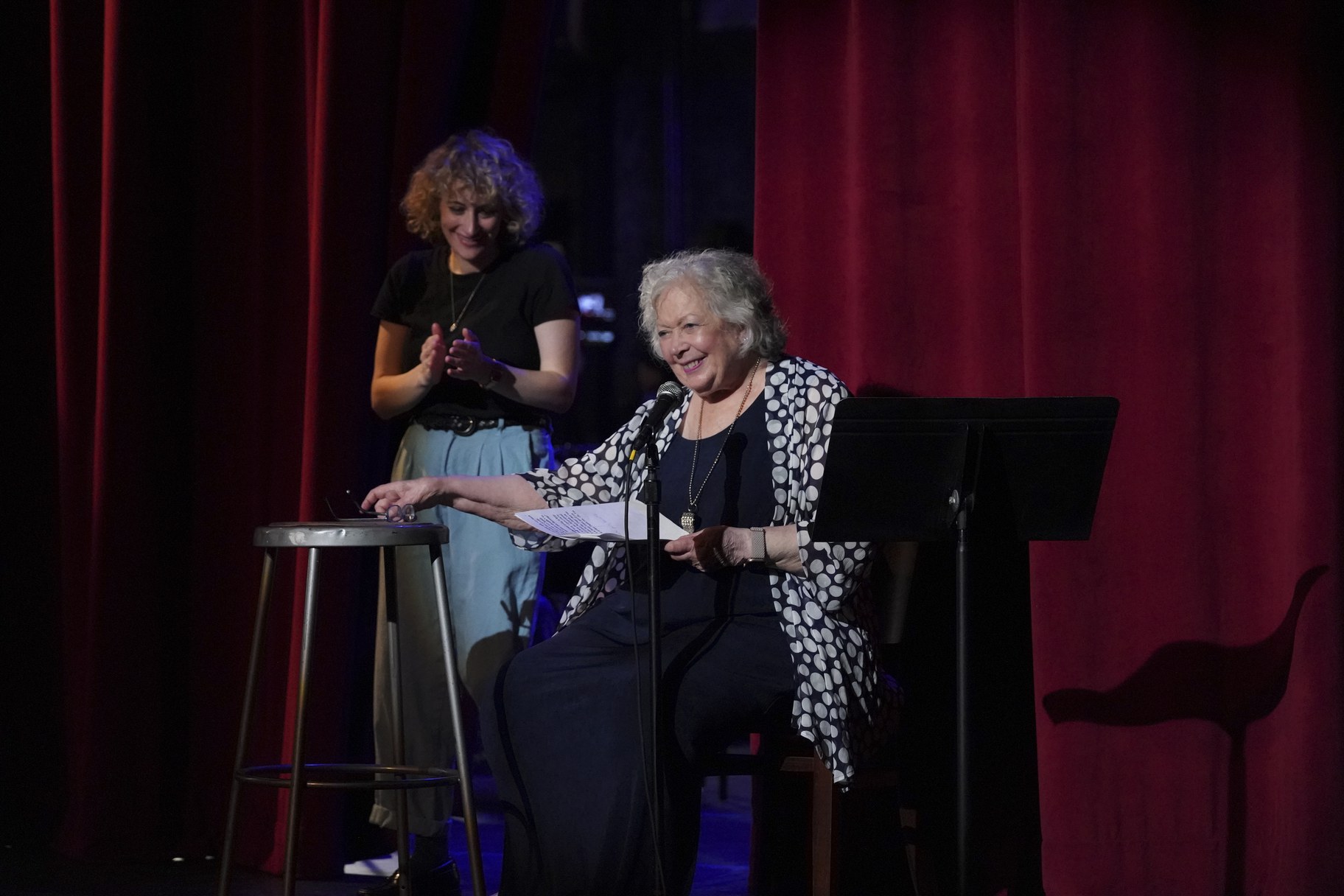 While Yaloff says she loves going onstage, Firestone adds that other students were nervous. “One participant really didn't want to go onstage. And so I told her I'd buy her a drink if she went onstage. And then she really held me to that — I did have to buy her two drinks afterwards. But yeah, I think that some people were more experienced in theater and comedy like Helen, and some people really were doing it for the first time,” Firestone says.

She continues, “I thought it would be kind of low-key because it was at 2 p.m., and just friends and family in the audience. But then someone reminded me that there were five cameras, it was going to be on television.” 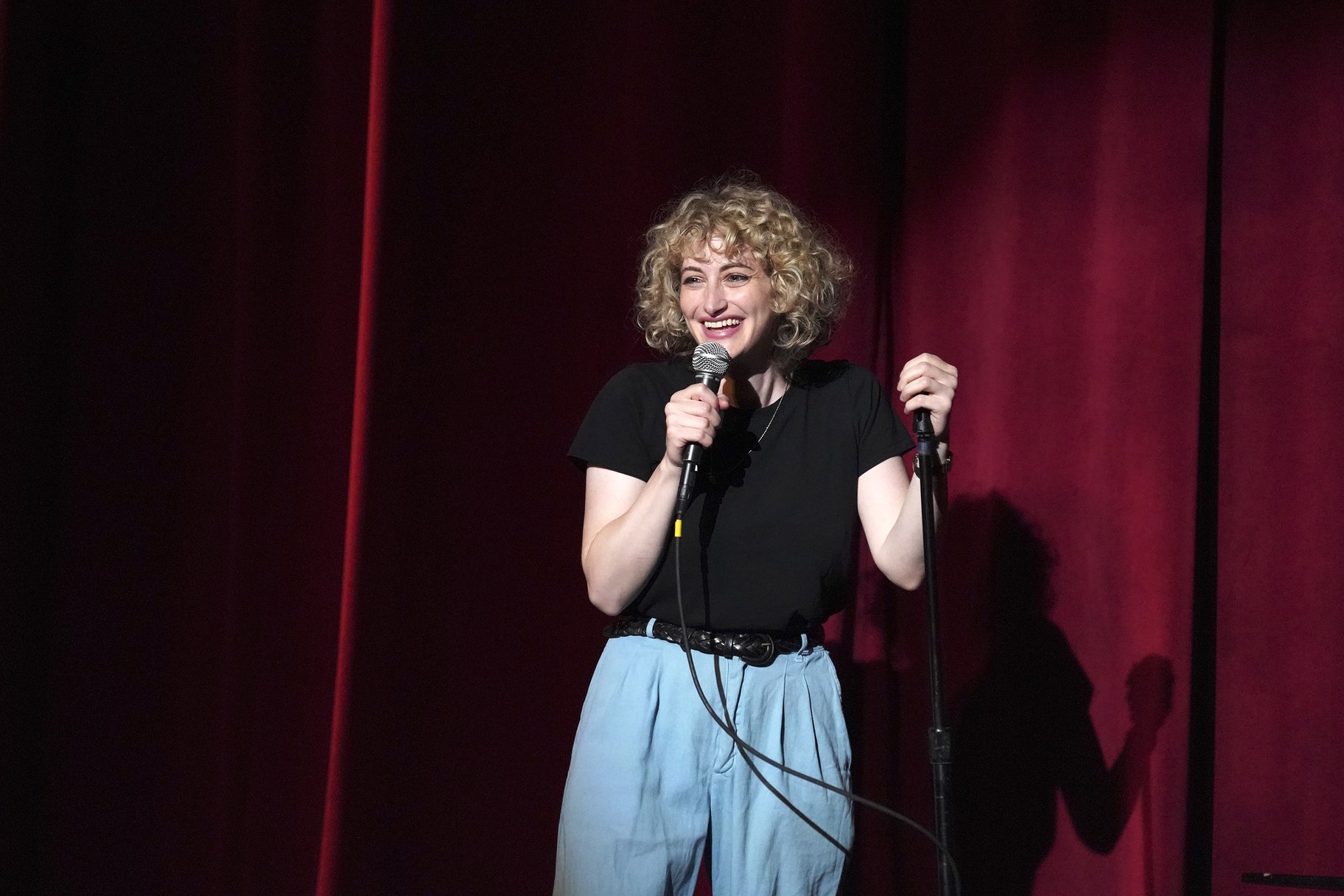 Jo Firestone, a former writer for “The Tonight Show,” decided to teach an online comedy class for seniors ages 66-88 when the COVID-19 pandemic hit. Courtesy of Peacock.

Firestone says her students provide inspiration and new life lessons too. “I think how prolific everybody is in the group, and how much everybody really wants to make jokes and make each other laugh, it makes me excited to do comedy in that way. … There's so many stories and so much experience that I don't have.”

Firestone adds that her class will continue for the foreseeable future.