Catherine Opie peels back many layers of American society with her photographs of places — freeway overpasses, rundown mini-malls, and empty cityscapes — and of people like high school football players, California surfers, and those in the Lesbian leather scene.

Her friends call her the mayor of LA because she’s photographed so much of the area over the decades. And she’s taught photography at UCLA for the last 20 years. Now UCLA has named Opie the new chair of its Art Department.

And a new book is out featuring more than 300 of Opie’s photographs from the past 40 years.

Opie tells KCRW she’s been in disbelief to look at her body of work and how it’s changed over the decades. 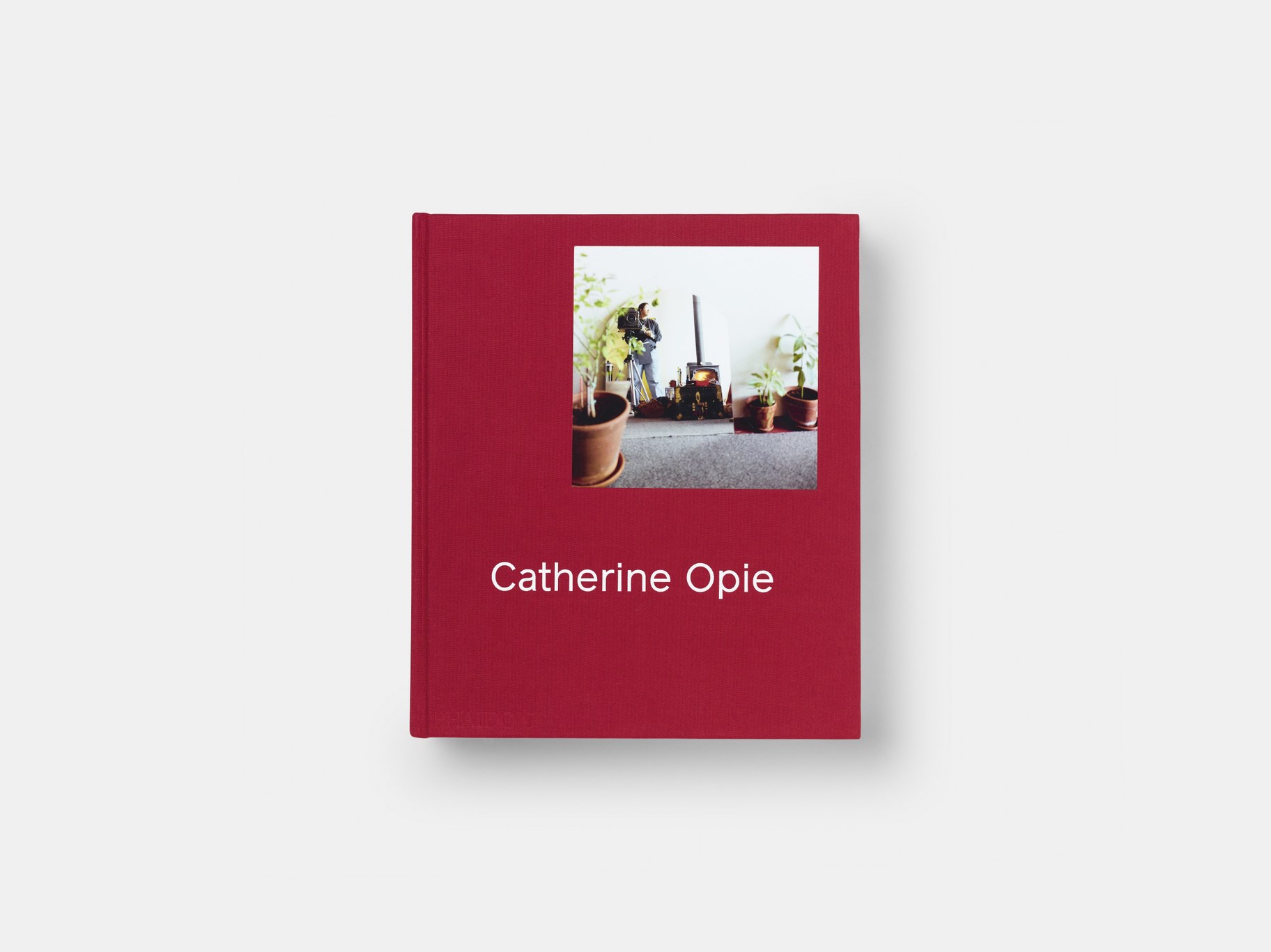 Catherine Opie’s new book features hundreds of photographs she shot over the past four decades. Courtesy of Phaidon.

During the pandemic, Opie spent six weeks traveling in an RV to  photograph life nationwide. Prompted by racial reckoning during summer 2020 and the election, she wanted to take images that reflected the moment.

Across the south, she photographed monuments — both those taken down and still standing — as well as traveled to specific locations like Breonna Taylor’s memorial site.

In Virginia, she visited the monument of Confederate General Robert E. Lee on a horse. The image shows the structure’s graffitied base.

Opie says, “I believe the graffiti on that site … in relationship to an activist moment within Black Lives Matter after the killing of George Floyd, was a real interesting moment where we are reckoning again with the history of slavery and Black lives literally being killed by the hands of police one after another. I look at that not as defacement of a monument but a reclaiming of no longer celebrating this figure of Robert E. Lee.”

The political power of photographs

Opie says that her body of work reflects the world through her political eyes.

“It is still about recognizing who's standing before me,” she says. “I'm a political person. I've voted in every election since I was 18. And really believe in the ideas of democracy. I believe in what it means to create a history around human beings that exist, and portraiture is part of that.”

Today, with so much access to tech and social media, she sees individuals turning to street photography.

“It's interesting that people want to say things with a camera again, even though we have so many images all the time on our devices. We're looking at Instagram. We're looking at Facebook. It’s becoming utterly a photographic language culture across the board to a certain extent,” Opie says. “Instagram has influenced this generation of wanting to show more than the burger that they ate at lunch, but what else is going on in the world. And realizing the power of what it means to capture things even with a cell phone.”

Opie says she wants to mentor new staff in the department, help students grow, and fundraise for scholarships, which is particularly inspired by past students who graduated with debt.

“I would like to see art students leave debt free. And I've had students over the years tell me that they're $60-$70,000 in debt. … Arts is one of the lowest paying fields going into it,” she says. “If you're able to sell your work and get representation by a gallery, and all of that, that's fantastic. But that also is really hard to obtain.”

She also wants to help students understand what it means to take on loans and debt.

She adds, “I was able to kind of put it together, but there are no more $500 a month rent for one-bedroom apartments.”

Doctor on both frustrations and hope in managing COVID surge

Breakthrough COVID-19 infections — when fully inoculated people get the virus — were expected following the rollout of vaccines.

A reality we can hope for is not COVID zero, but COVID that doesn't disrupt our daily lives, says doctor

“There's a sadness or a frustration when you see so much death and disease due to something that we know is almost entirely preventable,” says Dhruv Khullar, physician at...

From CNN to Fox News, why Tucker Carlson is the most watched conservative pundit in America

The most powerful voice in consevative America isn’t an elected official. It’s Tucker Carlson — the cornerstone of Fox News’ weeknight opinion block and a fervent defender...

A new book is out featuring more than 300 of Opie’s photographs from the past 40 years. She says she’s been in disbelief to look at her body of work and how it’s changed...