Oddisee was born as Amir Mohammed. His father is Sudanese and his mother is African American. “Both sides of my ethnicities have given me advantages and disadvantages. … But I will say that it definitely was an advantage for the pandemic and the climate of American politics today. Because as much as I was born here and raised here, my father always raised me to think of myself as an immigrant in the United States,” Oddisee says. Photo by Matthew Yoscary

Rapper and music producer Oddisee was on the road when the pandemic hit. His concert dates were cancelled. So he went home to his family in Brooklyn and during his quarantine there, he wrote a new EP called “Odd Cure.”

Known for producing smooth beats, Oddisee went from a hip-hop producer to an underground rapper who calls out the social ills of society. Born Amir Mohammed, his father is Sudanese and his mother is African American. He brings all of these experiences to his music.

He tells KCRW that this is a fertile time to create. “We've had to make some adjustments and find different ways to supplement traditional income. But three years ago, my daughter was born and I started to slow down then. So I kind of had a bit of a head start on what life looks like, being a musician working from home, since the birth of my daughter.”

The song “Still Strange” on the album takes inspiration from the pandemic.

“That song was kind of like a breakup song, where I felt like I was in a relationship with life, and life had broken up with me. And this was kind of a reconciliation of having that conversation with life about promising that I'll be better and different and I'll change,” he says. “And life telling me, ‘You made a lot of mistakes in the past. But we can get through this. And don't worry, I will still be very weird and strange because I’m life, I won't change too much when you come back.’”

When the pandemic broke out in the U.S. in March, Oddisee had just returned to his New York home from Bangkok, Thailand. He says he didn’t leave his neighborhood for four months, and things didn’t seem real because he’d hear reports of cases and deaths rising but didn’t see that when looking out the window.

“It was a very bizarre feeling of living in this isolation here where it didn't seem like things were happening here. But they very much were around me.”

Oddisee worked from home, having moved his studio to the basement of his house. He and his wife took their daughter out of daycare. Their groceries were delivered. They went for walks in the evenings and other pedestrians waved. “And we come in, and then we watch the news. And it's total chaos. I really don't know,” he says.

His father moved back to Sudan in 2007, where he lives with Oddisee’s stepmom and siblings.

“Life in Sudan … they're dealing with overthrowing a 30-year-old dictatorship, installing a civilian government, throwing off rebel militias fighting. On top of that, a pandemic comes. And then on top of that, the highest flooding in the River Nile for the past hundred years. And I promise you, they will take it all in stride,” he says. “Because if it's not one thing, it's another. So their relationship with hardship is very, very different. And that also something that is very much shaped my outlook and what I will truly consider a problem.” 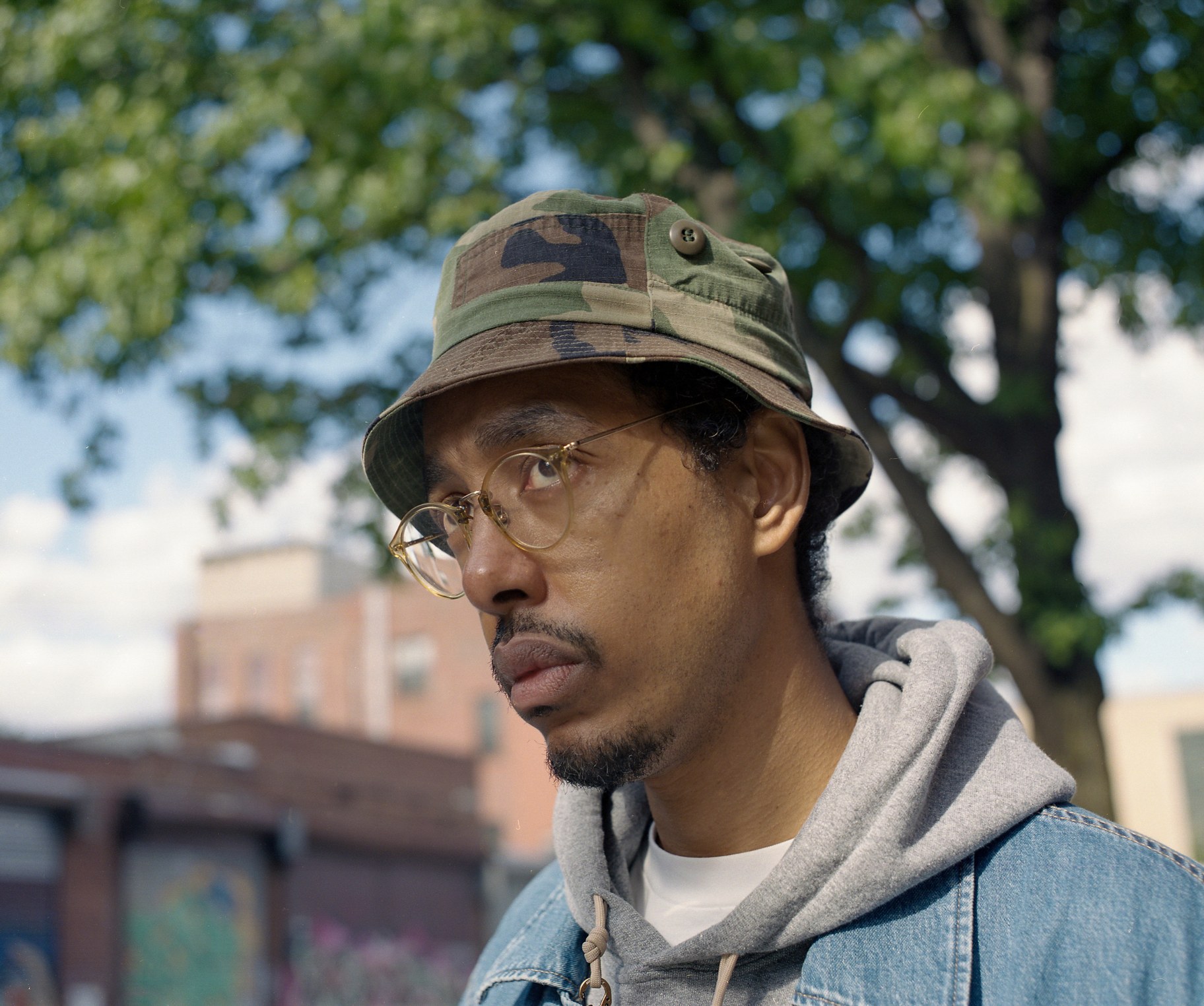 When the pandemic broke out in the U.S. in March, Oddisee had just returned to his New York home from Bangkok, Thailand. He says he didn’t leave his neighborhood for four months. Photo by Matthew Yoscary.

Meanwhile, Oddisee’s mother lives in Montgomery County, Maryland, which is just outside of Washington, D.C.

“She's a very tough woman, a very incredible woman, a very resilient human being who has experienced so many events within her time on earth in this country,” he says. “I love conversing with my mom about her youth and what she's experienced growing up in DC, and everyone coming to your backyard to protest. It’s definitely an influential part of my songwriting process and a lot of what I write about in general. And a lot of that perspective I get from my mom literally holding my hand, just taking me to all types of protests and events [1980s-1990s].”

Oddisee says his mom made news when she protested a Ku Klux Klan rally.

“She's been a very active, vocal person her whole life. Growing up in DC, especially as a Black person, you see so many people from all over the country coming to your hometown to fight for change. … And you're not getting that change yourself. [It] creates a very, very weird relationship with national politics,” he says.

Oddisee says his mom was active during the latest Black Lives Matter protests, and he talked to her about the effectiveness of activism over the recent years.

“It was my mother who actually said to me, ‘Artists oftentimes have the ability to reach people that are unreachable. Whereas I might march with the picket sign, I might not reach that person on the other side of the country who's not hand-in-hand next to me. But your music would and will,’” he recalls.

He continues, “So I was very, very worried about police brutality in New York City during the protest. … That part of my brain that really registered fear really kicked in when my daughter was born. And I didn't want to put myself at risk in protesting and being hurt, and particularly when I'm the only source of income for my family. So I chose to dedicate this record to talking about social injustices based around the pandemic as the most effective way for me to express protest.”

His perspective on everything that’s happened in 2020 is shaped by his identity as a “third culture kid,” which he describes as being a combo of two cultures and creating something new.

“Both sides of my ethnicities have given me advantages and disadvantages. … But I will say that it definitely was an advantage for the pandemic and the climate of American politics today. Because as much as I was born here and raised here, my father always raised me to think of myself as an immigrant in the United States. … When the pandemic hit, it made me realize that both of my parents did a great job at preparing me for this,” he says.

He continues, “They taught me to be self-sufficient, find multiple streams of revenue to make money because if one thing collapses in sales, you can have a backup to be practical. And if at any given moment in time, where you lose everything, you have to be okay with nothing, and you have to focus on surviving. Both of my parents taught me how to do that.”