Each year, musicians in San Diego and Tijuana gather at the border wall to play son jarocho, a 500-year-old mix of Spanish, Indigenous, and African music from Veracruz. Photo courtesy of “Fandango at the Wall"

Every year along the U.S.-Mexico border in Tijuana, musicians gather for an international music festival called the “Fandango Fronterizo.” It’s like a giant jam session, with musicians in San Diego and Tijuana together performing old folk music. They’re only a few feet apart — separated by the wall.

The music they play is called son jarocho. It’s a 500-year-old mix of Spanish, Indigenous, and African music from Veracruz, along the Gulf Coast. 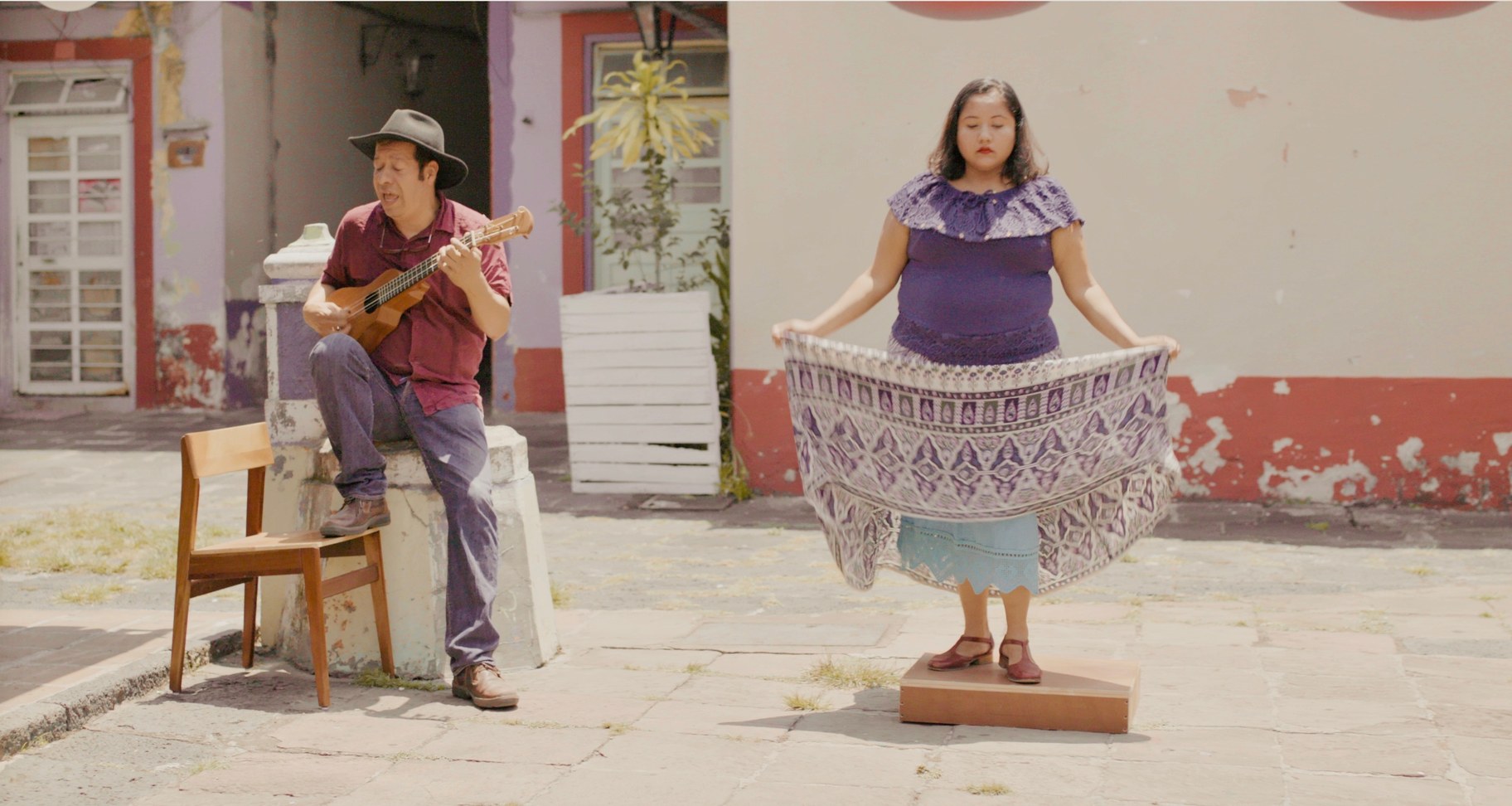 When Grammy-winning composer Arturo O’Farrill read about “Fandango Fronterizo,” he decided to make a live album inspired by the festival. With a few other musicians, he traveled from New York to Veracruz to find the top jarocho musicians. But what started as a live album turned into a poignant history lesson.

“The original purpose of it was just to set up microphones on both sides of the border, and to record the musicians on either side of the border just doing some jarocho music,” O’Farrill tells KCRW. “But like a lot of things in my life, they become epic. We didn’t just join them, we also brought the Afro-Latin jazz orchestra. The celebration was not to supplant the beautiful music of these people. Son jarocho is a brilliant music, incredible mosaic of color and joy and community. So we just wanted to celebrate alongside them. And we did that, but we also gave a concert and turned it into an album and a book.”

Now there’s a film too. Director and Santa Monica native Varda Bar-Kar followed O'Farrill to Mexico, documenting his journey and the concert he put together. Her film is “Fandango at the Wall.”

The musicians learn son jarocho through their families. “These masters that you see in the film have taken upon themselves to uphold this tradition, and have very consciously … inspired younger generations to play it as well,” says Bar-Kar.

The music is personal for O’Farrill, who was born in Mexico City. He says he was illegal from about age 12 to 18, when he was asked to tour in Europe. “I had to go through so much drama to get a Green Card. And then years and years of being stopped at the border. … I was also very touched because … the sight of children being separated from their parents, you have to be completely emotionless to see the treatment of non-Americans.” 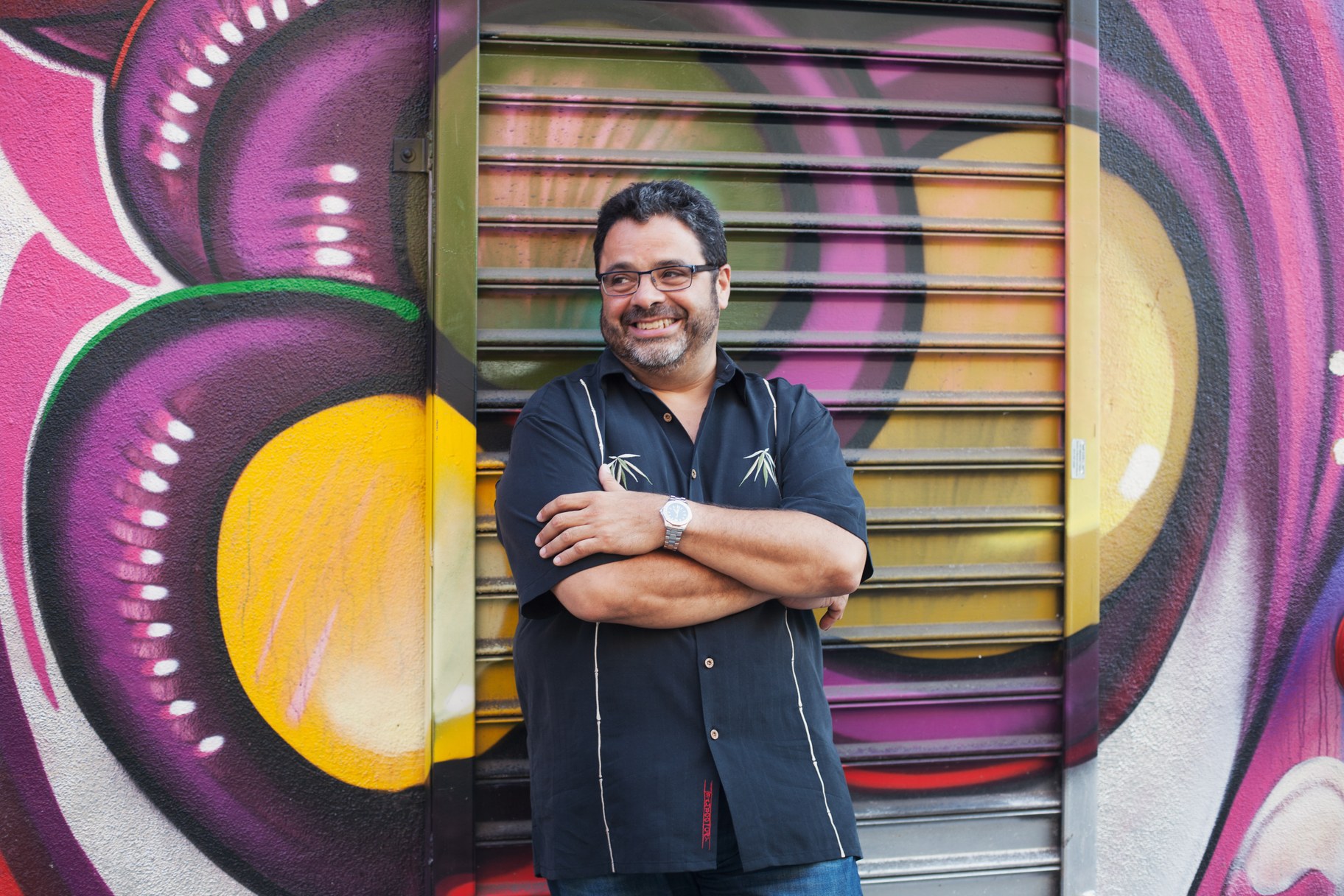 Arturo O’Farrill explains that son jarocho music is personal for him because he was born in Mexico City, went through a complicated process to get a Green Card, and was stopped at the U.S.-Mexico border many times. Photo by Laura Marie

He says he was most touched by a man physically manipulating the elements of the border wall — fencing, chicken wire, patrol dogs, and patrol guards — to bring unity.

“One of the things I had hoped to do with this album is not just destroy borders and geopolitical differences, but also kind of this elitism, this construct that music has to be in a specific digital format and a specific high fidelity setting in order for it to be pristine and perfect,” says O’Farrill. “That also is a lie. Because I wanted to show that live music played beautifully but recorded through one microphone is as beautiful as if it’s recorded with 48 microphones.”

He continues, “We think music has to be recorded in these very, very expensive studios to be good. And the truth of the matter is that the music that is made at the border is extraordinary. It’s of the highest quality.” 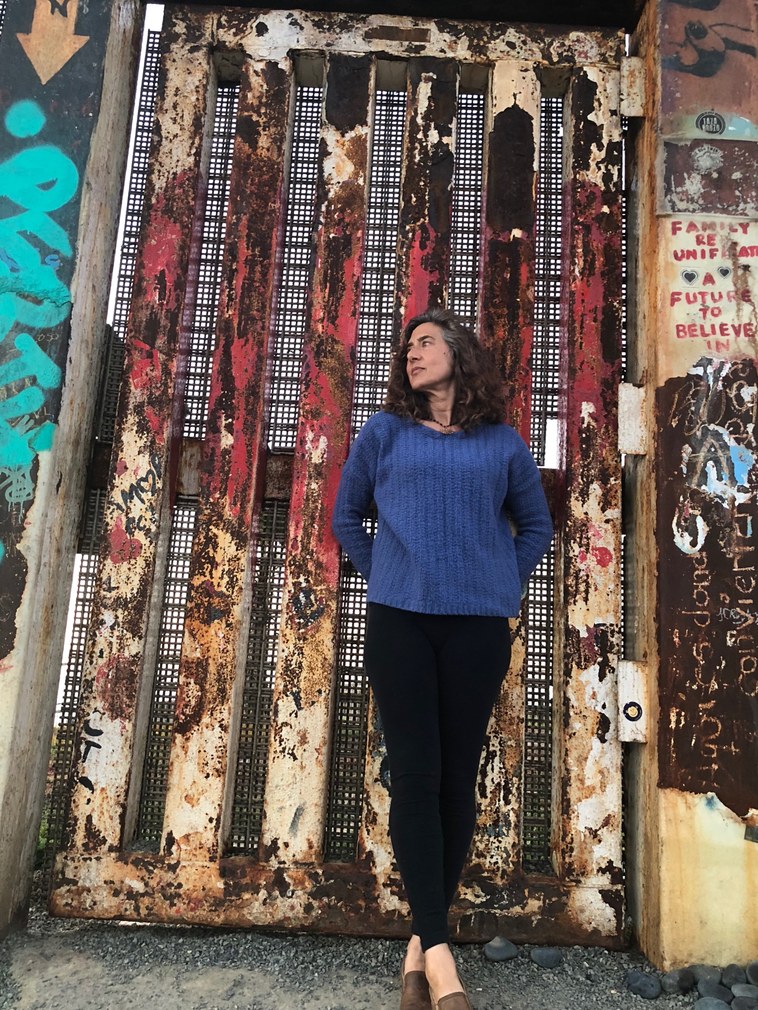 Varda Bar-Kar says of son jarocho musicians: “These masters that you see in the film have taken upon themselves to uphold this tradition, and have very consciously … inspired younger generations to play it as well.” Photo courtesy of “Fandango at the Wall.”