“Holiday Sauce...Pandemic!“ focuses on entertaining the audience and challenging them to reexamine their worldviews. The show explores the idea of chosen families. Photo courtesy of Pomegranate Arts.

Playwright, drag performer, and singing historian Taylor Mac took over the Theatre at the Ace Hotel a few years ago to present four nights of uninterrupted six-hour performances — to tell the entire history of the United States in song.

Now Mac is back with a new show called “Holiday Sauce...Pandemic!” It features characters such as Sexual Consent Santa and a burlesque Baby Jesus. The show is hosted online through UCLA’s Center for Art of Performance, and is available on demand through January 2, 2021.

Mac first started performing the show three years ago in New York. The concept first started with advice from Mac’s drag mother, Mother Flawless Sabrina, who tended to say, “You’re the boss, applesauce.” To Mac, that meant being in charge of one’s own life and being able to change it.

At the time, December was one of Mac’s least favorite months. “So I said, ‘Oh well, why don't I make a show that I do every year? I'll gather all my chosen family with me. We'll get to hang out and be as queer as we possibly can on the holiday season.’”

Nowadays, Mac looks forward to December, even amid COVID-19.

The pandemic changed the format of Mac’s events, which typically involved an audience participating onstage. Mac makes an analogy to milk and cookies during the holidays.

Mac hopes “Holiday Sauce” helps the audience dig deeper into their own views.

“The big question I'm always asking on the stage is how do we live a virtuous life in an unvirtuous world? I don't have the answer to the question, but I think it's an interesting one to pass around amongst the collaborative, and that includes the audience.” 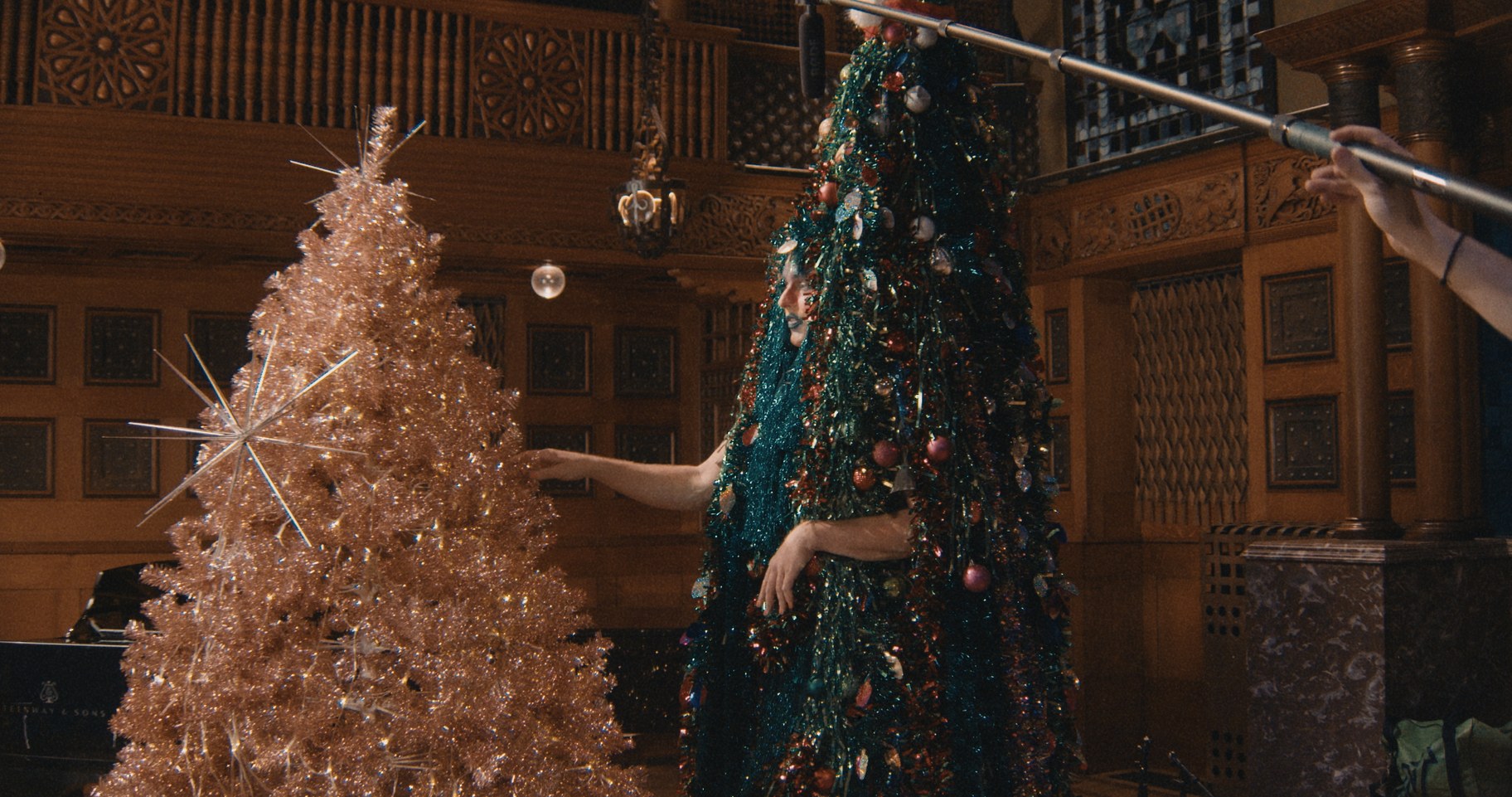 Like in years past, “Holiday Sauce” will feature elaborate costumes designed by Machine Dazzle. Mac says a favorite is the Winter Wonderland costume, which isn’t being used this year.

“It's almost like a Ziegfeld Follies feather extravaganza. … There's this owl made out of sparkly material that's just around my chest. And there's woodland creatures in the wig. It’s all white and sparkly and just gorgeous. It’s really divine.”

This year, Dazzle is also designing a brand new costume, but Mac won’t see it until the day of the show.

Ahead of the UCLA performance, Mac released a nine-track holiday album. It includes a cover of Frank Ocean’s “Super Rich Kids.”

Mac says the song is a reminder of the onslaught of capitalism (and a reason to dislike the holidays).

“A song that's about people that have too much in their life and maybe kind of abuse that privilege is an opportunity to consider things during the holiday time,” Mac says. “Anything that's celebratory and contemplative, I think is in the holiday spirit.”

But the tough experiences also led to meeting new people to build bonds with, such as Mother Flawless Sabrina.

“This is a remarkable queen. And she changed the perspective of so many young people and lifted us up and invited us into a different way of thinking. And I feel very liberated and thankful,” Mac says. “We've all had that kind of experience in our life. Hopefully we're lucky enough to have someone that's lifted us up at the time we needed it.” 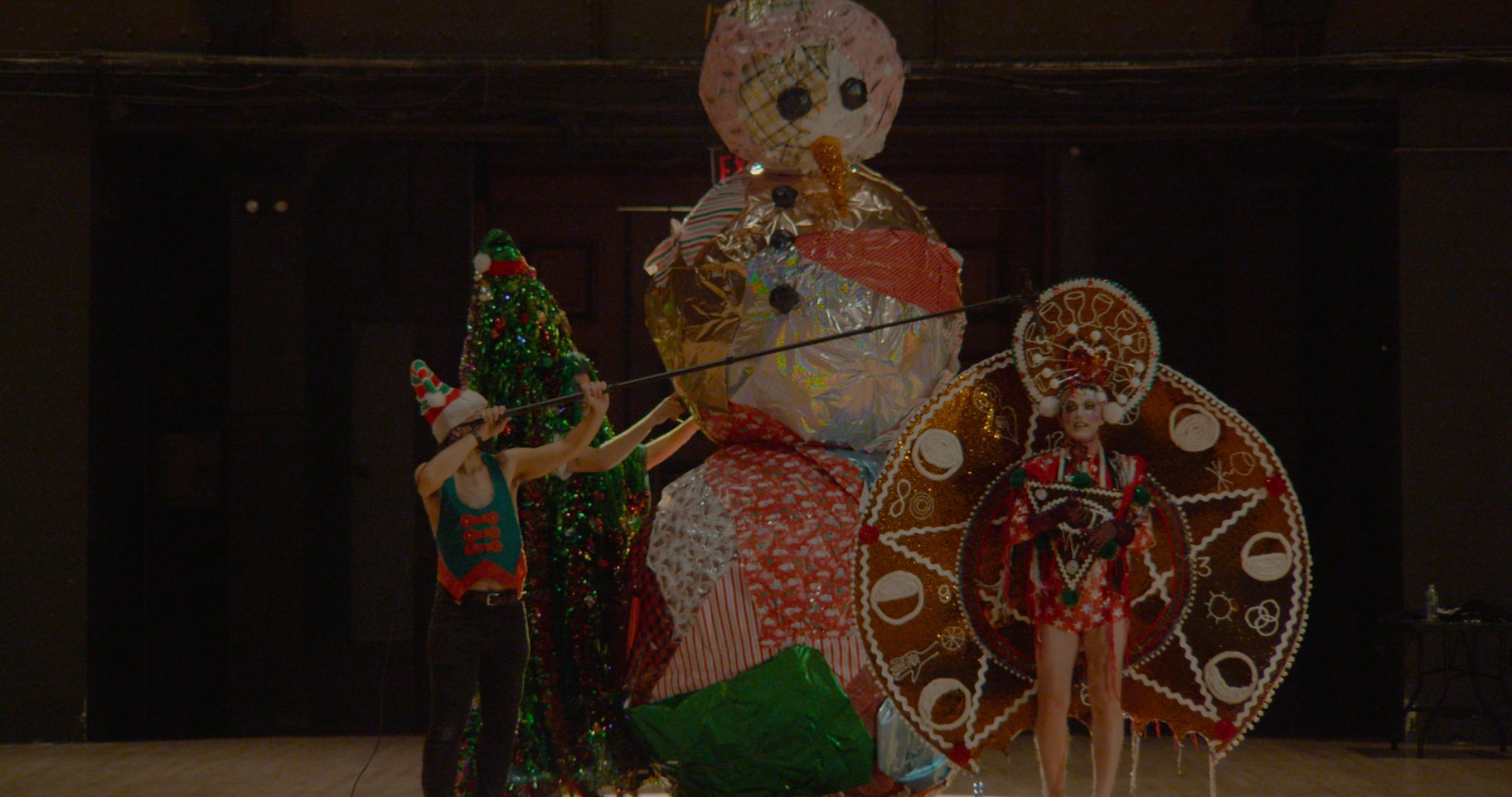