When it comes to terrorism, should we be more worried about North Carolina than Syria? U.S. citizens have committed 80 percent of terrorist attacks in this country since 9/11, according to a study by the New America Foundation. And a disproportionate number of homegrown religious extremists come from North and South Carolina. 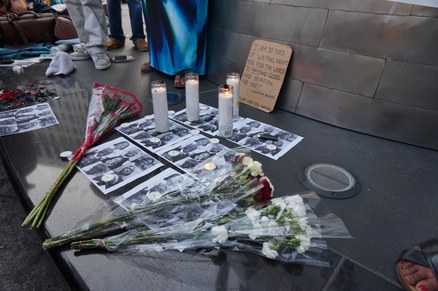 Memorial to the victims of the mass shooting at the Emanuel African Methodist Episcopal Church
in Charleston, South Carolina on June 17, 2015
Photo: The All-Nite Images

President Obama met in Paris today with the leaders of six low-lying countries—like Barbados and the Marshall Islands—that are most at risk from rising seas. In fact,...

Fossil fuels are a huge factor in global warming—especially the oil and gas that are used to fuel cars. So are electric cars the answer? Well, that’s complicated.

When it comes to terrorism, should we be more worried about North Carolina than Syria? U.S. citizens have committed 80 percent of terrorist attacks in this country since...

Each year, hundreds of thousands of pregnant women are put on bed rest. Most of us know someone who has been prescribed days or weeks in bed, either at home or in the...

Los Angeles has long been a Chinese food destination. Now there’s a new twist in the trend. We are going 'bao crazy.' Bao means bun: Chinese steamed buns filled with meat or...