Día de los Muertos, or Day of the Dead, takes place each year on November 2. Celebrations usually span several days all over LA, complete with brightly colored costumes, painted sugar skulls, and marigolds to honor loved ones who’ve passed away.

Gabriela Martinez, Director of Education at The Museum of Latin American Art (MOLAA), explains how she sees the holiday: “It really is more of an acknowledgement and a celebration of the complete cycle of life, right? … It is seen as the veil between the land of the dead and Earth has opened up. And so we're allowed to reunite with our loved ones who have passed away.” 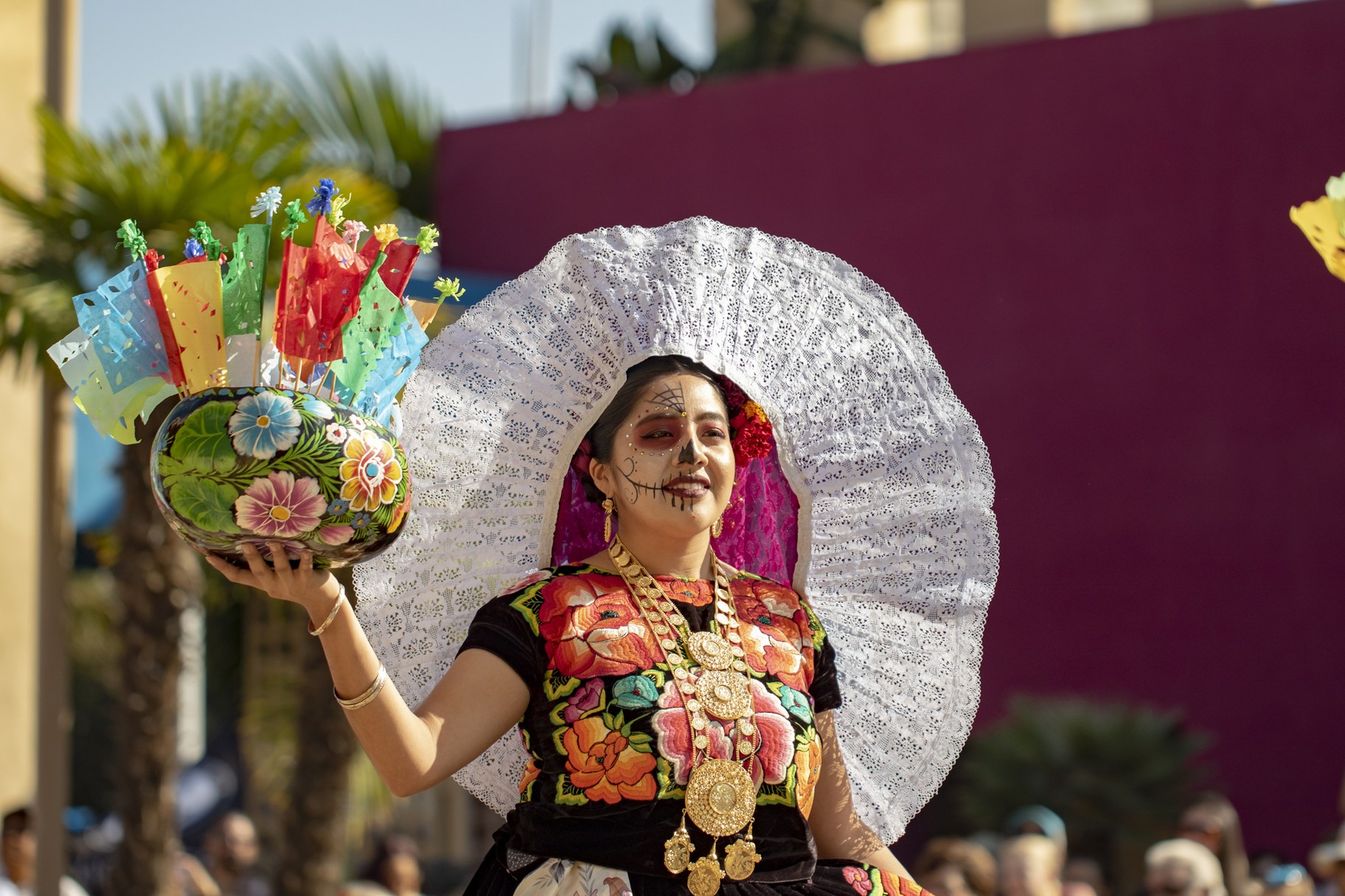 A Día de Los Muertos festival hosted by MOLAA in the past. Photo courtesy of The Museum of Latin American Art

This year, with the pandemic disproportionately affecting Latinos, Día de los Muertos has added significance, and it’s not as public. Martinez says, “It really is based on this idea of building a community. … And this year, because we are isolated, we're not able to really come together and have the big celebrations that we usually organize. So it has taken sort of a different turn this year.”

She says she’s gotten positive feedback from people engaging online. “Bringing people into the homes of these local chefs and artists and things like that has really created that connection that I think people are craving right now.”

This year, MOLAA is inviting residents to submit virtual photos, messages, and dedications, which are then printed on colorful paper flags that adorn an ofrenda (altar) in the museum’s lobby. The ofrenda will be unveiled on November 1, and there will be an artist talk. “We'll be focusing on different images and messages and things like that, and sort of creating that community remotely,” says Martinez. 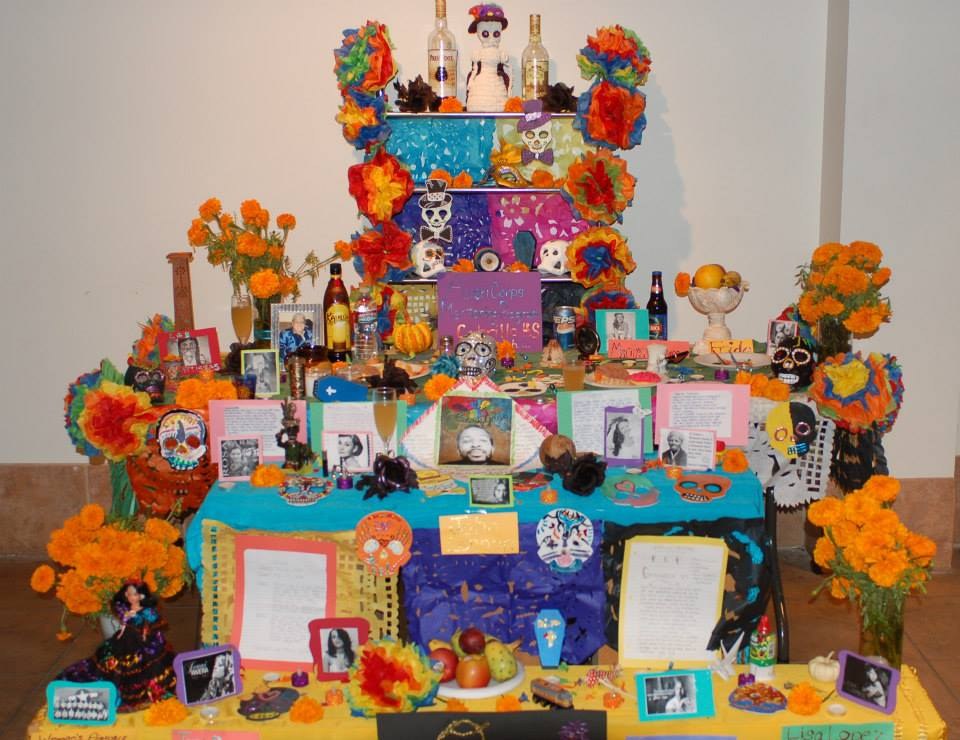 How to create your own ofrenda at home

Martinez says you’ll need an image of your loved one who has passed away, usually in a frame. You can build the altar on a table — you don’t necessarily need the tiered structure. You can add family heirlooms in the forms of textiles and vessels, and fill these vessels with your loved one’s favorite things (e.g., candy).

The altar usually includes traditional foods too. Pan de muerto has an essence of orange and anise, plus crossbones decorated on it. Mole is a chocolate, savory sauce. And pozole is meaty stew or soup. 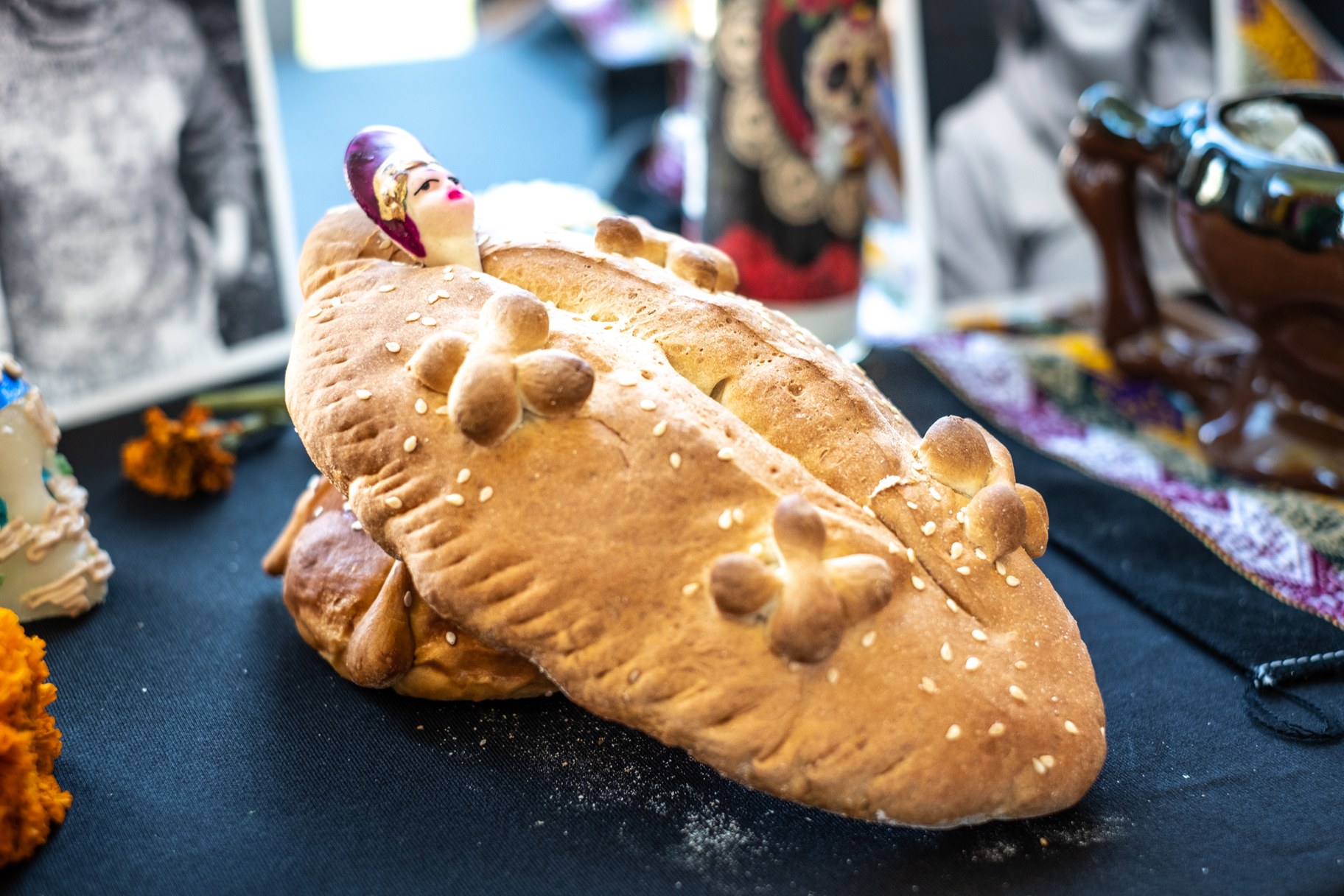 Pan de muerto is decorated with crossbones on top. Photo by Amy Ta/KCRW 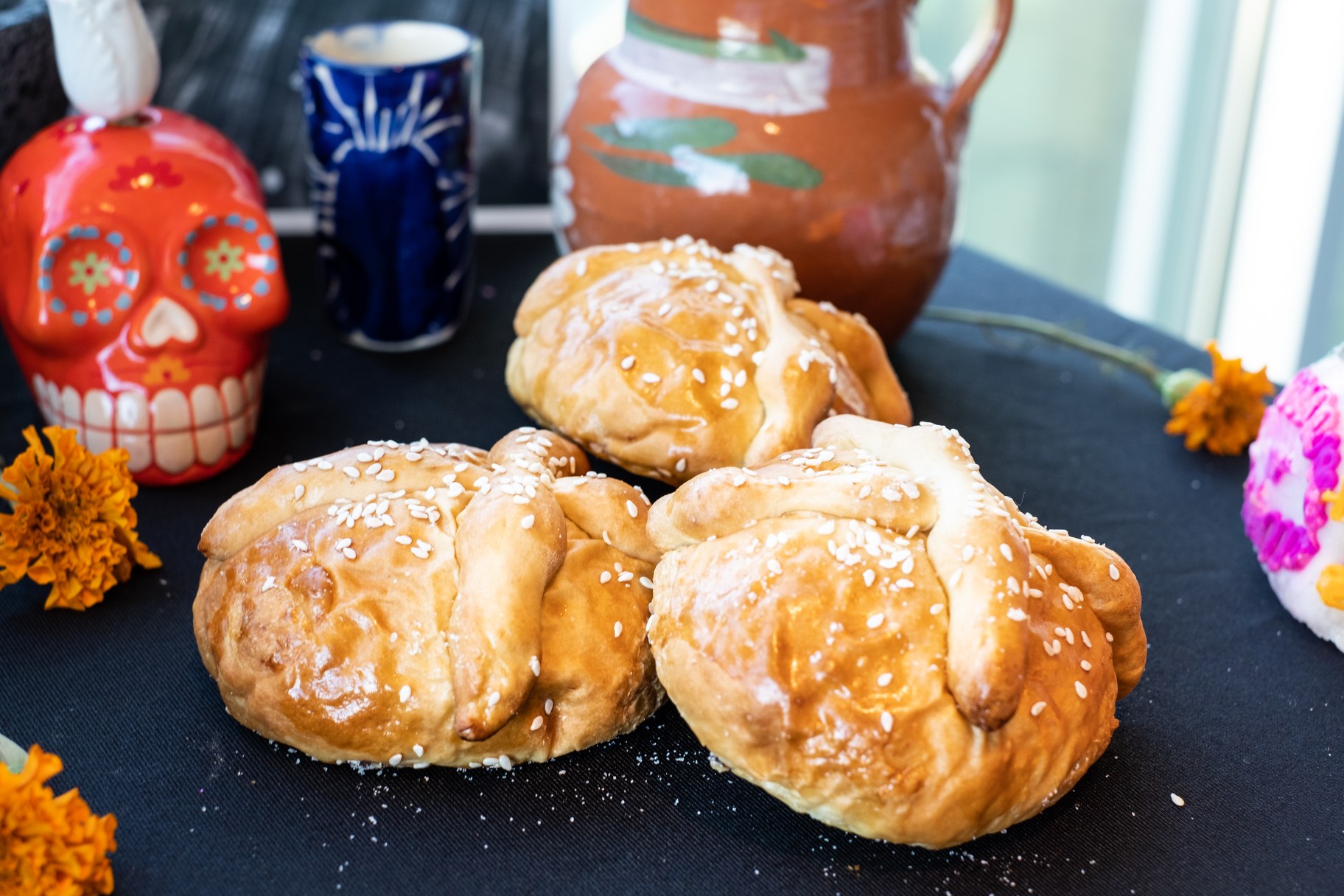 A trio of pan de muerto. Photo by Amy Ta/KCRW

Finally, you’ll want to add colorful decorations such as marigold flowers, which Martinez says are meant to lure spirits back from the afterlife. Candles can light their paths too.

Another popular symbol: monarch butterflies. “These are thought to also bring the spirits of the dead back during this time. But they've also become a really interesting symbol for migration as well ... this idea of moving back and forth between the other world and the earth as well,” Martinez says. 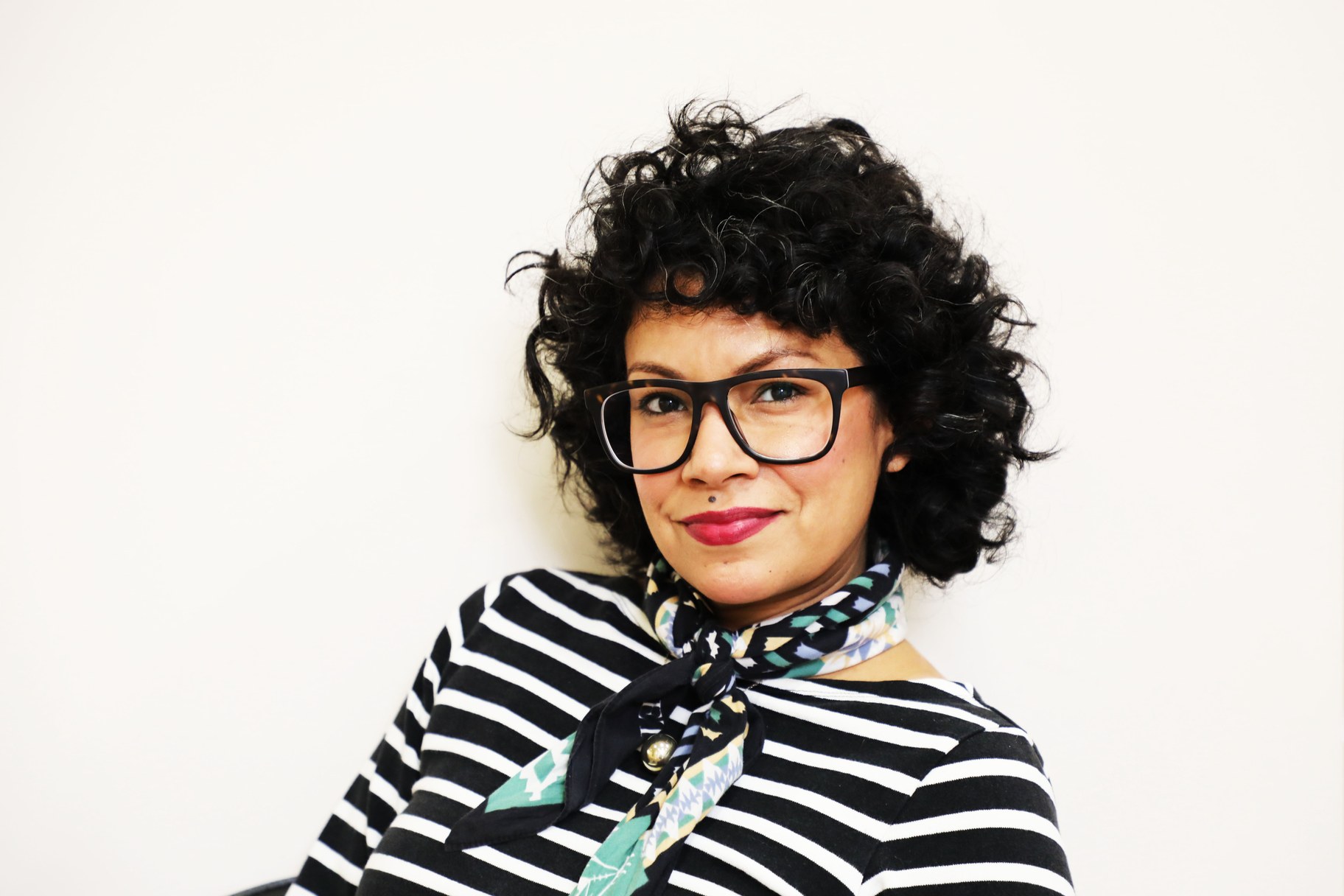 Gabriela Martinez, Director of Education at MOLAA, says Día de los Muertos is an acknowledgement and celebration of the complete cycle of life — and a time to reunite with loved ones who have passed away. Photo courtesy of The Museum of Latin American Art

Check out MOLAA’s 2020 Day of the Dead events via their YouTube channel.