Actress Robin Wright (“Wonder Woman 1984,” “House of Cards”) is putting on her director’s cap for the first time with the feature film “Land.” She also stars as Edee, a woman who flees to a cabin deep in the mountains to escape overwhelming grief and life.

Wright says she got the opportunity to direct “Land” when it felt like mass shootings were happening bi-weekly. She woke up every morning and thought: How do people cope through life-changing experiences?

“I wanted to explore that. [The movie is] about human resilience. So it's about spiritual growth, human growth, and how we can find a new sense of hope, a renewed sense of faith. And generally, that happens with the help of another human being,” she says.

The COVID-19 pandemic pushed the film’s initial release date, Wright says, and pushed remote post-production through November 2020. And at the suggestion of the film’s distributor, “Land” was submitted to the Sundance Film Festival in its unfinished form, and was accepted into the event.

“What a beautiful fate that was, that we got into the festival and we're able to release this movie right now. I think everybody can relate to the isolation and how we do need each other.”

Given the pandemic, Wright says the film’s themes of isolation, grief, and connection are timely. 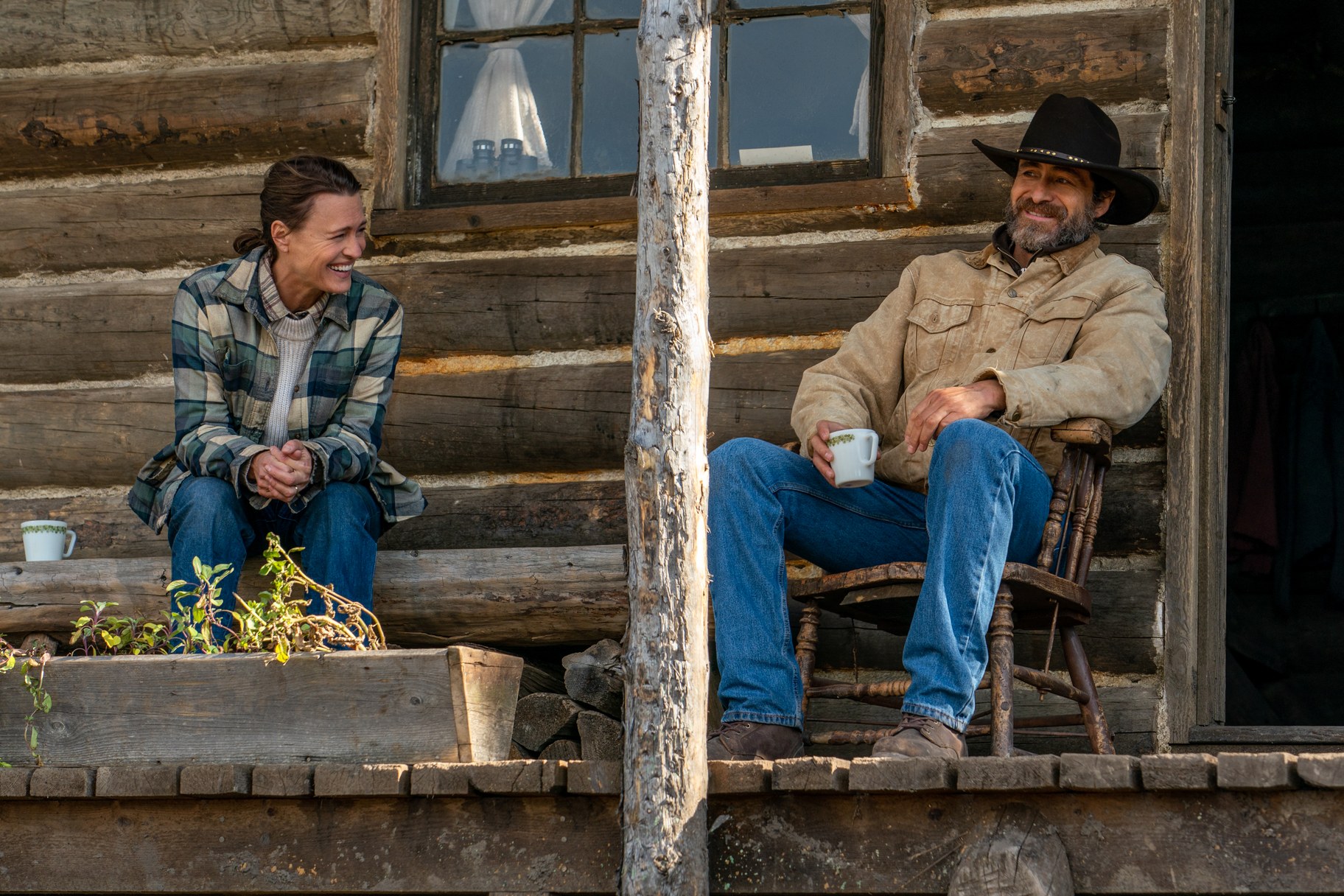 Wright points to a line in “Land” that was inevitably cut but resonates with current events: “It hurts to see people hurting because you're in pain.”

She says the line comes from a character in the film named Miguel, who decides to help someone because they were in his path.

“It's almost kismet. Like, ‘Hey, that was there and it's my duty to do something if it's in my path.’ And I feel like that in my own life personally. All those things happen for a reason. And I just thought it was such a beautiful side of humanity,” Wright says. “And what we've been experiencing, the last four years in our country of just the encouragement of being mean, cruel, everyone's a judge, the racism — I just wanted to share that beautiful message that when people are kind, they're really beautiful.”

The accuracy of “House of Cards”

Wright admits “Land” is a departure from her previous role as Claire Underwood in the Netflix series “House of Cards.”

“It feels like a show from another era, even though it's been three years since we closed out.”

When “House of Cards” was still in production, Wright says she heard from Washington D.C. residents that the show was often like art imitating life.

For example, one Southern Congress member told her that he loved the show when they were at a Democratic National Convention dinner.

“And I said, ‘What do you love about it so much? How much is accurate that we are portraying?’ And he goes, ‘Oh, about 99%.’ And I said, ‘What's the 1% that’s not plausible on the show?’ And he thought about it for a minute and grabbed his chin and he goes, ‘Well, the 1% would be you'd never get an education bill passed that fast.’”

The future of Wright’s directorial career

Wright says she hopes her career continues behind the camera. In the short term, she will be directing a few episodes of season four of Netflix’s “Ozark.”

Wright says she loves directing because of the collaboration that comes with it. “Being an actor, you’re with yourself much of the time and practicing learning and exploring. And I just love the creative evolution with all the people [and] all the departments, because we're all architects of the building. It's not just one director. Everybody's a part of it. You get to look to other people.” 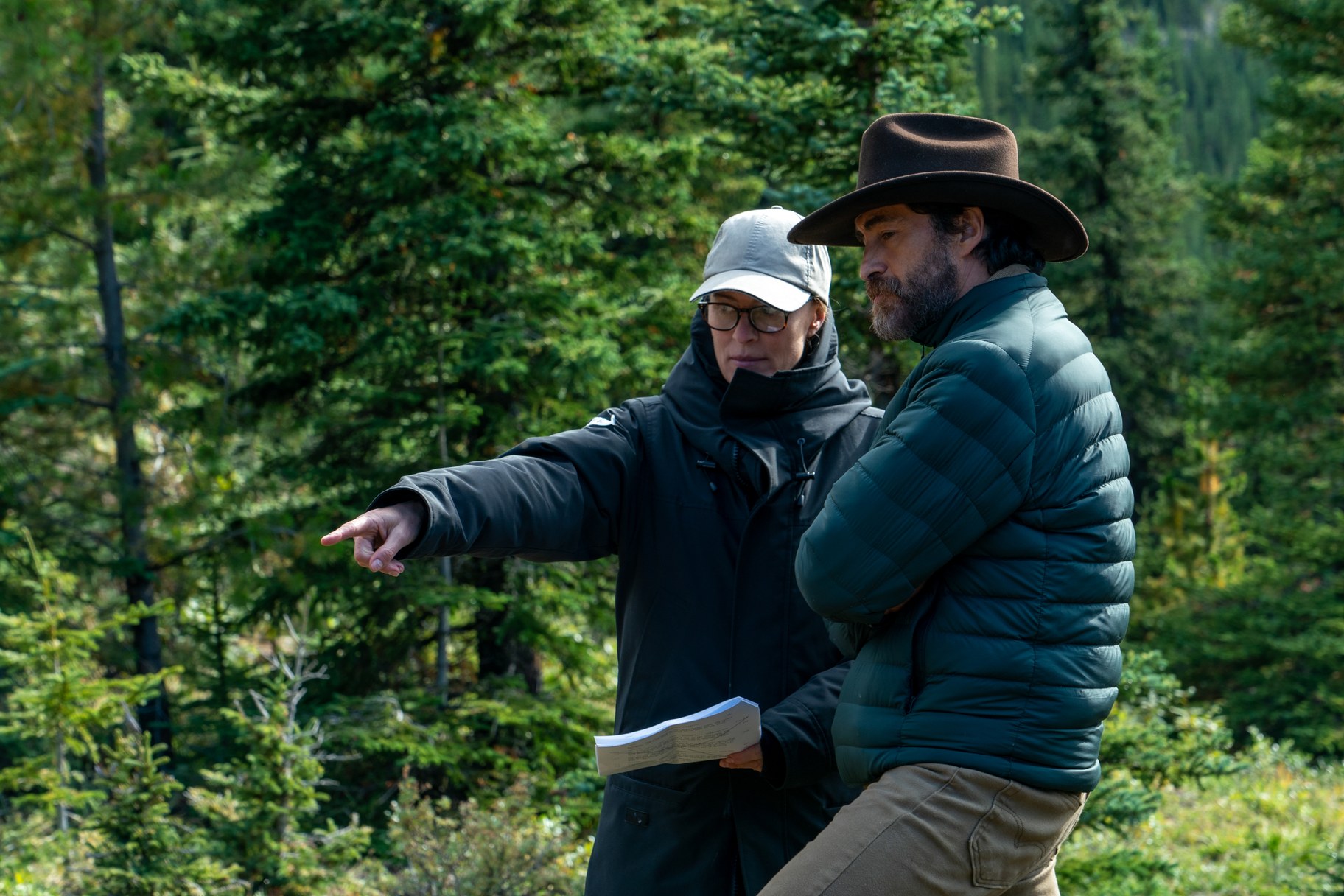