Danny Trejo owns restaurants and a donut shop in LA. He recently donated and served thousands of meals to frontline workers and food-insecure families. Photo by Moses Berkson.

Danny Trejo made a living playing the bad guy in films, but off-screen, he’s a great guy who’s gone through some bad times.

Raised in Echo Park in the 1940s and 1950s, Trejo battled addiction and violence at a very young age. He was addicted to heroin at age 12. That lifestyle ultimately landed him in prison (on and off) for many years.

After prison, while working as a drug counselor, he landed his first acting job in the 1985 film “Runaway Train.” His acting career took off, and since then, he’s made inroads in both food and philanthropy.

He owns a series of restaurants and a donut shop in LA, and recently donated and served thousands of meals to frontline workers and food insecure families. He’s now out with his first cookbook called “Trejo's Tacos: Recipes and Stories from L.A.” 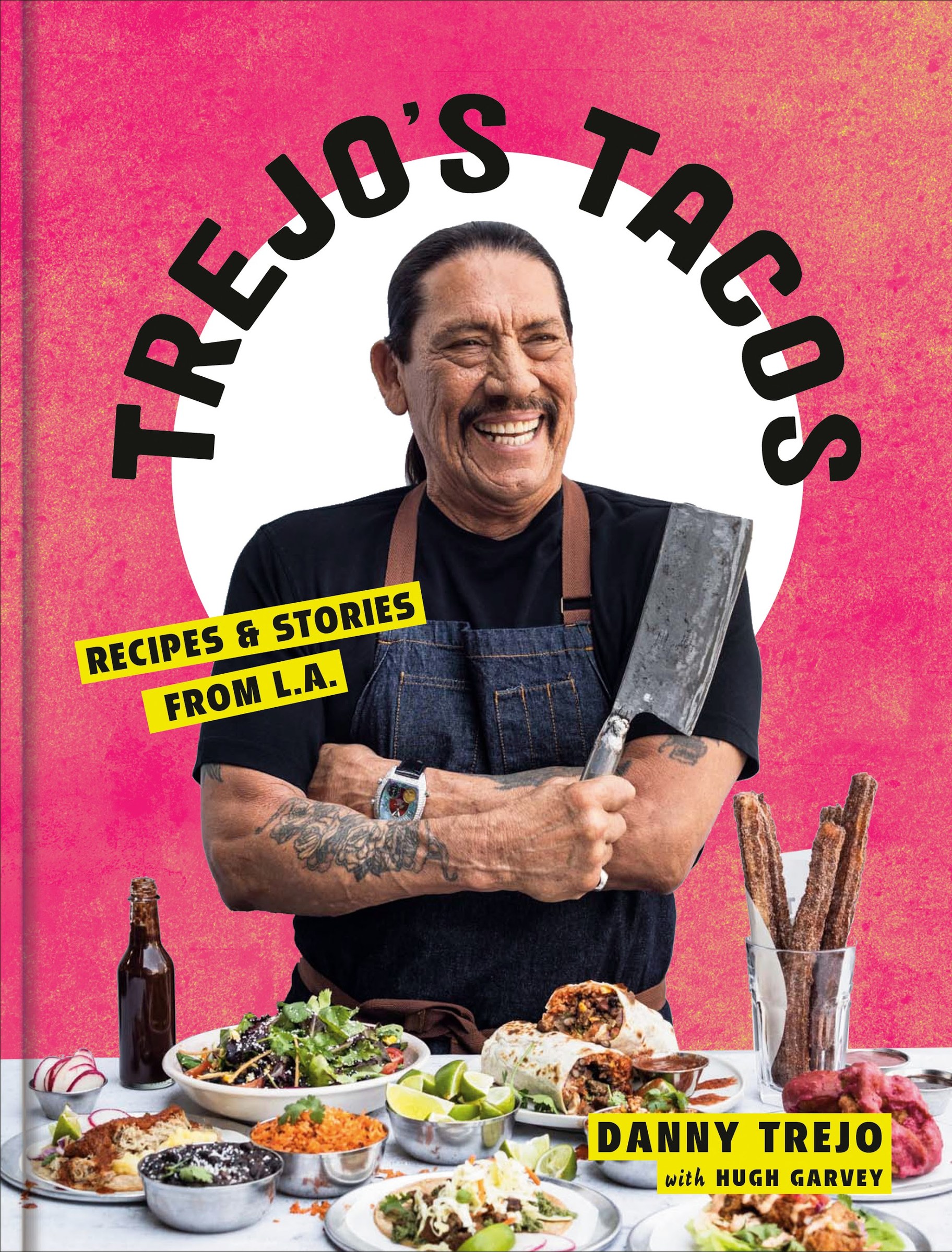 Danny Trejo is now out with a new cookbook. Photo by Ed Anderson.

What’s the secret to his success? He says simply, “It's good food. There's no secret. Your people will come to your restaurant if you're a celebrity one time to get a picture or an autograph. But if the food's not good, they're not coming back.”

He says he has loyal customers who eat at his restaurant(s) several times a week. “We have vegetarian, vegan, gluten-free because I worked with autistic children. And doctors have said that kids with autism don't do well with gluten.” 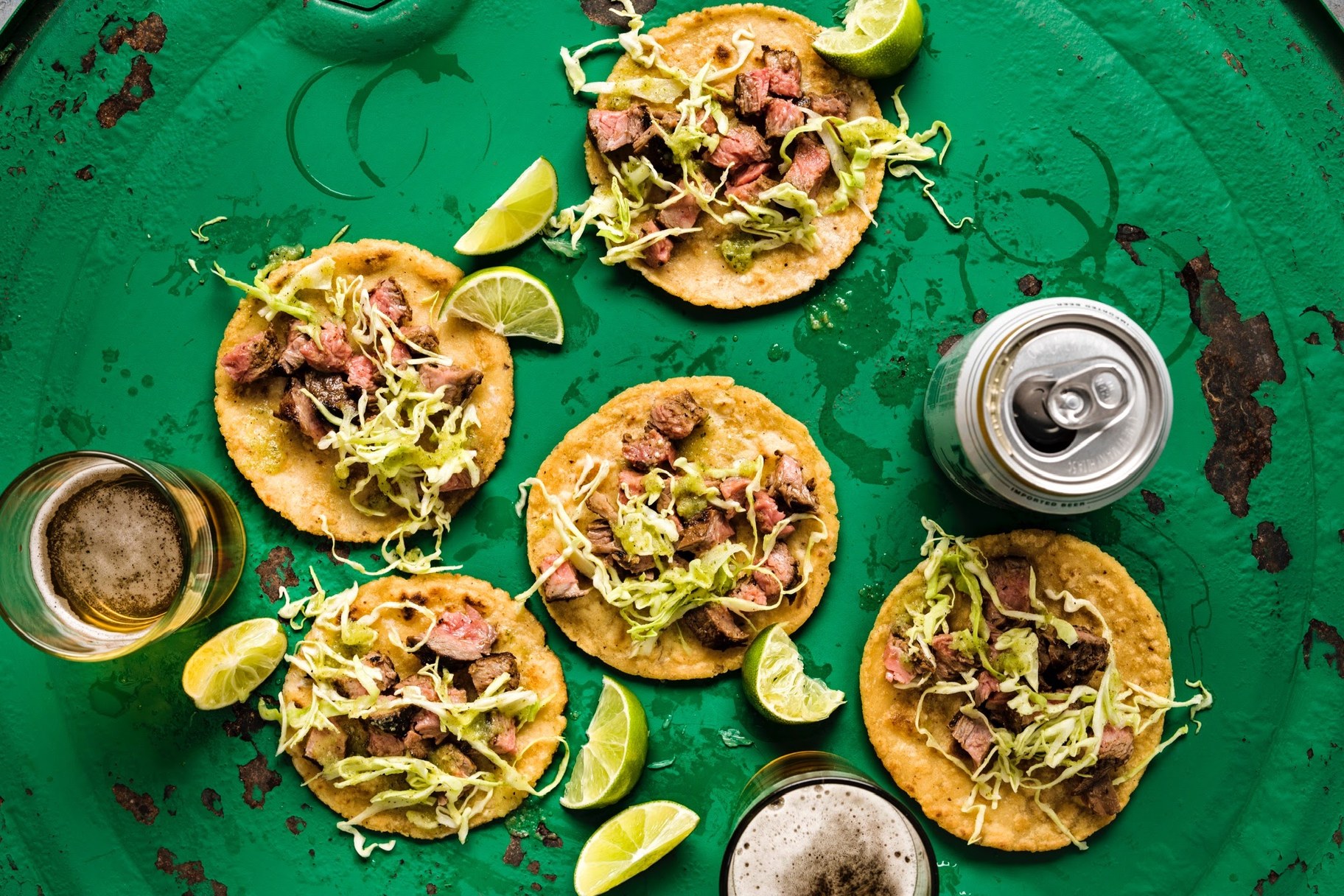 Danny Trejo says you can do anything with a taco, except put ketchup on it. Photo by Ed Anderson.

He also says the best restaurant reviewers are ex-cons. Why? He explains, “We've eaten bad food for so long.”

His restaurants are working with lifers, plus people who were sentenced as juveniles and were released after decades. “It's so funny, like we got about five of them in a restaurant. They're like so, ‘Let’s eat this, let’s eat that, let’s eat this!’”

And the perfect meal, Trejo says, is the taco. “The taco is so versatile. You can do anything with a taco, except don't put ketchup on it. You can put carnitas. You can put carne asada, avocado, anything.” 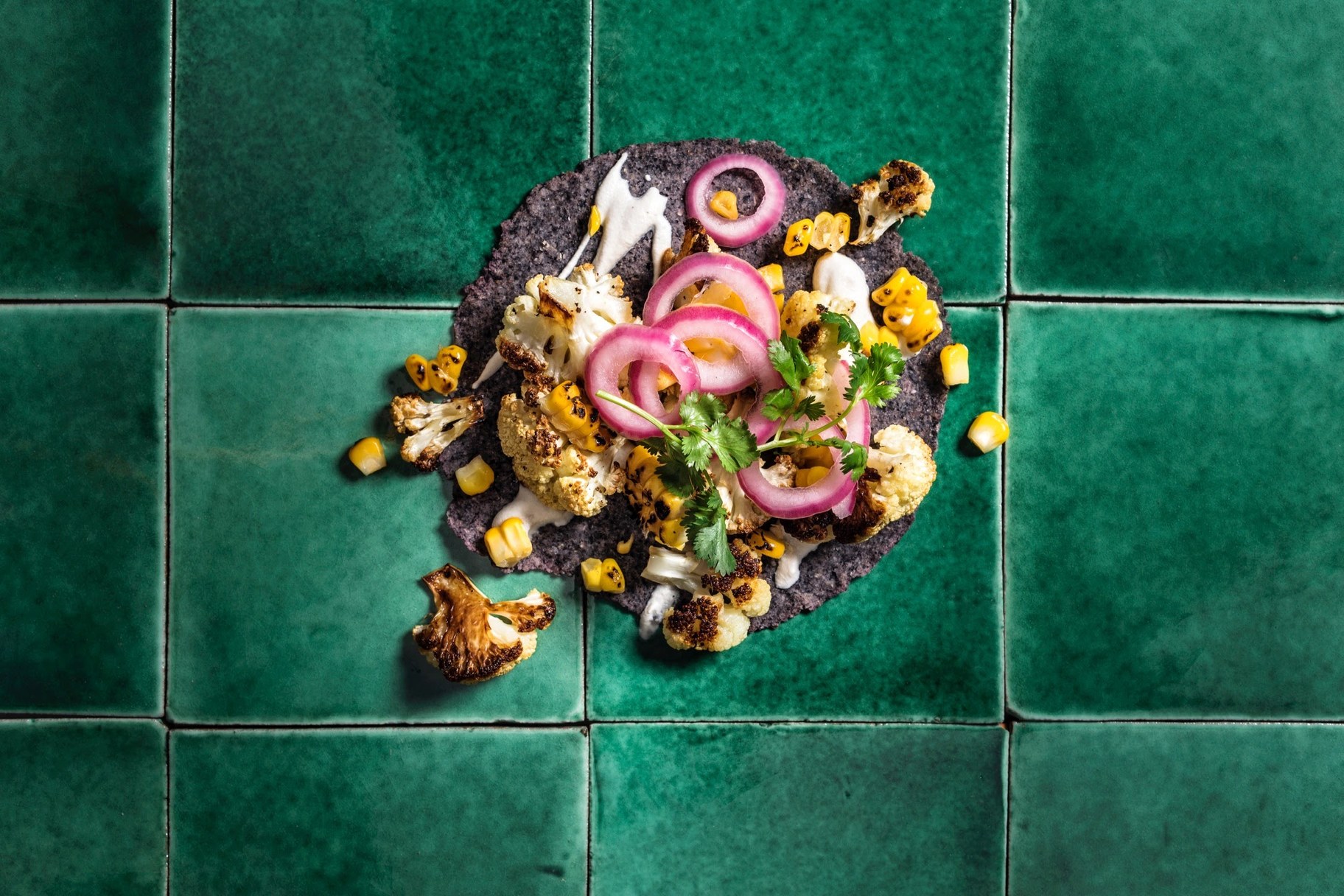 Danny Trejo has a recipe for cauliflower tacos in his new cookbook. Photo by Ed Anderson.

CHAR THE CORN
While the cauliflower is cooking, turn a gas burner to high and place the ear of corn directly on the rack over the flame. (If you don’t have a gas oven, you can broil the corn.) Cook until the corn is charred in spots, turning it occasionally with tongs, about 2 minutes per side. Set the ear of corn aside to cool until you can handle it.

In a medium mixing bowl, hold the ear of corn vertically and slice downward on each side to remove the kernels, letting them fall into the bowl. Discard the cob and use your hands to break the clumps of corn into separate kernels. Set aside.

MAKE THE TACOS
Preheat the oven to 250°F.

Stack the tortillas, wrap them in aluminum foil, place them in the oven, and let them warm until they’re fragrant and pliable, about 15 minutes.

Remove the tortillas from the oven. Unwrap the stack and line up the tortillas, assembly-line-style, on your work surface.

Spoon 1 tablespoon of the Vegan Cashew Crema in the center of each tortilla. Place several florets of roasted cauliflower on top of the crema and top them with some corn. Drizzle with more crema and garnish with the pickled onions and chopped cilantro.

Place the cashews in a blender jar and cover them with 1½ cups of water. Set the cashews aside to soak for at least 2 hours or up to overnight. The longer they soak, the softer they’ll get, making for a creamier result.

Pour off the water and add the lime juice, lemon juice, and salt to the cashews. Puree until creamy and smooth. Taste and adjust with more salt, lemon, and/or lime juice if needed. Use immediately or refrigerate in an airtight container for up to 5 days.

Long lines stretched outside polling places in parts of Georgia during Tuesday’s primary election. People waited for hours to vote, and then encountered problems with the...

KCRW reporter Anna Scott started following Christine Curtiss more than a year ago — to get a better sense of why LA’s homelessness problem is so difficult to solve. In...

Danny Trejo owns a series of restaurants and a donut shop in LA, and recently donated and served thousands of meals to frontline workers and food insecure families. He’s now...