Carrying signs, protesters head to the Pentagon as part of an anti-war march and rally in Washington, D.C., March 21, 2009. Photo by Rena Schild/Shutterstock.

KCRW has spent this week talking about the Taliban’s rapid takeover of the American-backed government in Afghanistan, and what the departure of U.S. troops means for Afghan people. But it’s also worth looking at how two decades of war there changed United States values, such as the treatment of prisoners, and how we saw ourselves as potential targets for terrorists.

The 20-year War on Terror — which didn’t even end with the killing of the man who launched it, Osama bin Laden — eroded Americans’ confidence in our government. That was especially the case among American Muslims, whose rights were often trampled in the name of protecting the U.S. from terrorism.

This war and the 9/11 era also enabled the presidential win by Donald Trump, who fanned the flames of George H. W. Bush’s “America first” sentiment. That’s all according to national security reporter Spencer Ackerman, whose new book is “Reign of Terror: How the 9/11 Era Destabilized America and Produced Trump.”

Spencer Ackerman: “The speed with which the Taliban sought to reclaim power underscored how fragile what the United States had built over two decades has been. … The only thing enduring that the United States left in a war that was initially termed Operation Enduring Freedom — is human suffering, that ultimately, the United States could not achieve even its minimal goals in Afghanistan, and it set itself up for failure from the start.”

What was the U.S.’ minimal goal in Afghanistan at the start? Find the people who launched the 9/11 attacks and punish them?

“The minimal goal in the struggle against Al Qaeda … in 2011 with the killing of Osama bin Laden … in that sense was fulfilled.

But the trouble is … the War on Terror has a deliberate indefinition at the center of it, one that only expands the aperture of conceivable enemies, expanding very rapidly outward after 9/11 from the people who committed the 9/11 attacks.

And the inability, in particular, to distinguish between Al Qaeda and the Taliban is what led the Bush administration to reject a Taliban offer of surrender in December of 2001 — that would have provided some form of political future for the Taliban on a promise that it would surrender.

… The thing about what happened after the Bush administration rejected the 2001 surrender offer is that in the intervening 20 years, the Taliban just got stronger, just got more battle hard. And the United States just got weaker, its position became less tenable.

The corruption in Afghanistan … [the U.S.] introduces and maintains by flooding Afghanistan with all of this so-called development money that ends up distorting the Afghan economy, creating deep incentives for corruption.

And ultimately, I suppose the other thing that really is enduring out of the Afghanistan war is for the enrichment of the defense industry.”

“What's so significant about the Oklahoma City bombing in the context of 9/11 is the degree to which this … mass slaughter committed by a white supremacist ultimately gets excluded from the War on Terror.

And in fact, civil libertarian objections to over-prescribing a carceral and prosecutorial and surveillance response, that would subject many white people in this country to an unfair cloud of suspicion that they might not otherwise be able to escape … those concerns were listened to by powerful people after Oklahoma City.

And the contrast to how these same people, in many cases, treat Muslims after 9/11 is very, very instructive. And it's instructive to see through all of the repression that's built, that's maintained, that's justified throughout the past 20 years. … We see that the exception is white violence, white political violence, white terrorism, white supremacist terrorism. And we see that up through January 6, we see who the War on Terror never applies to.” 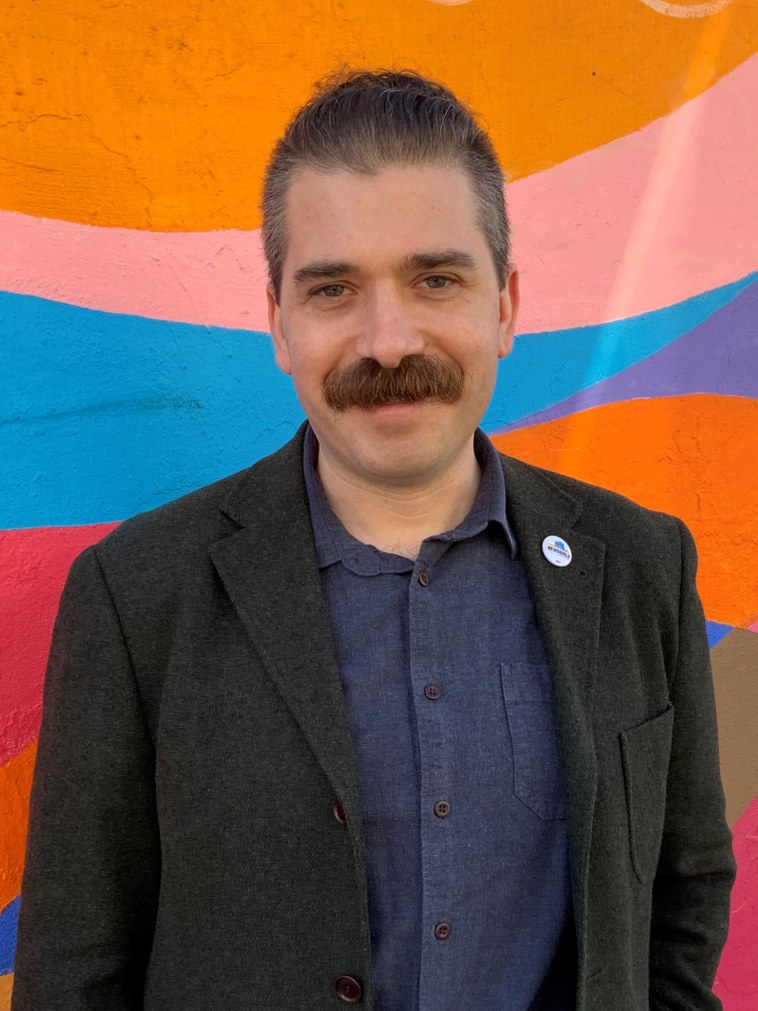 “The speed with which the Taliban sought to reclaim power underscored how fragile what the United States had built over two decades has been,” says Spencer Ackerman. Photo by Efrat Kussell.

After 9/11, Congress passed the Authorization for Use of Military Force, which allows the president to target nations, organizations or people he determines planned, authorized, committed or aided the terrorist attacks. It’s meant to prevent future attacks of international terrorism against the U.S. All Congress members vote for this — except California Democrat Barbara Lee. Why was she the only one worried about this?

“Overwhelming political fear … that the Bush administration immediately weaponizes. … The culture of 9/11 is a cancel culture. Someone like Susan Sontag, absolute giant of American literature, learns this within weeks of 9/11. … She publishes a very short item in the New Yorker, saying simply that 9/11 didn't emerge … from some fanatical savage delusion of Osama bin Laden. It has connections to the history of American policy in the Middle East, of a very violent, dominating policy. And she is pretty much universally vilified for this.

And most often, the political elites in both parties reacted in such a way to keep the embers of that fear stoked and going.”

Sometimes I think it gets a little bit lost in the sauce when we discuss these things, to the degree that the United States is democratic at all. The apparatus of foreign policy decision making and national security decision making is very minimally democratic, that it has extremely little relationship with robust understandings and acquisitions of democratic consent. Most of this comes through ratification amongst ever smaller groups of legislators.

Campaigns of terror and torture throughout U.S. history

… Torture techniques that we see the CIA use after 9/11 are very often torture techniques we saw the CIA use during the dirty wars in Latin America. There are also techniques, things like waterboarding for instance, that was used during the conquest of the West against Native populations in the service of Native genocide, often called Manifest Destiny.

Similarly, acts like putting people in stress positions, that is painful contorting their bodies for long periods of time … bombarding them with … loud sounds, bright lights, and other forms of sensory and dietary manipulation — those are very familiar from chattel slavery.

American history is a story, very often, of campaigns of terror, campaigns of both state violence and vigilante violence that are very, very familiar. And the War on Terror is an opportunity for them to return to the fore.” 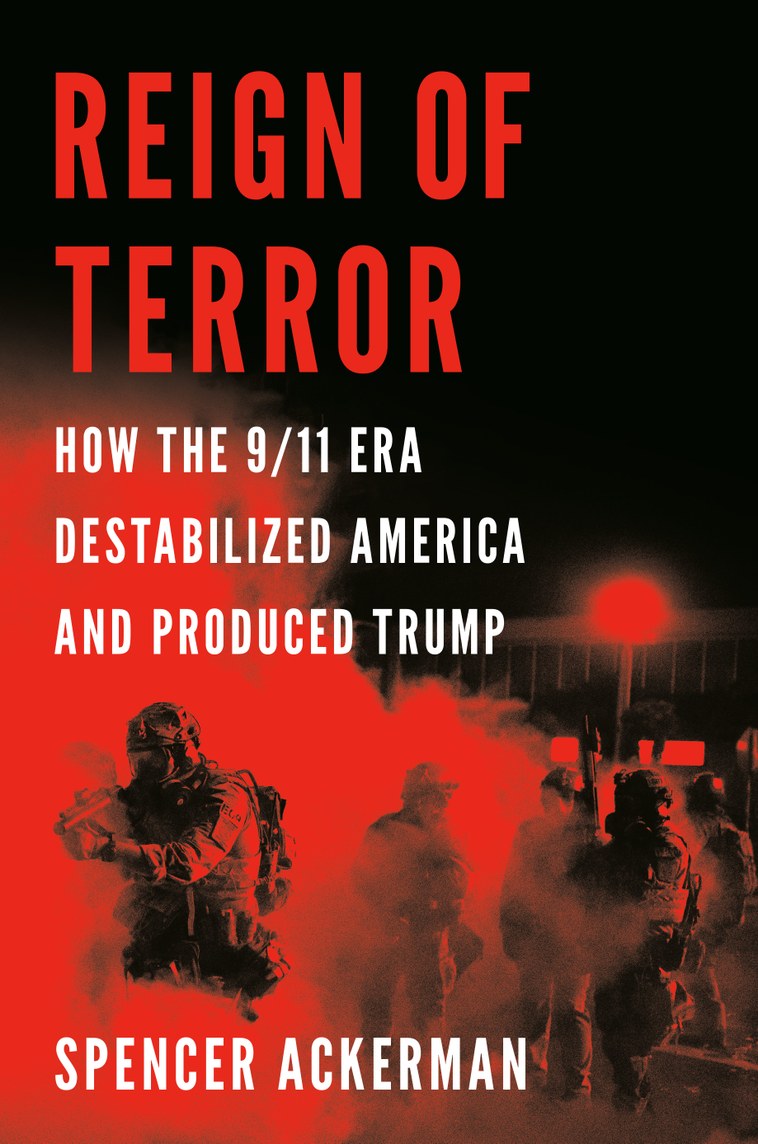 Nativism, anti-Muslim rhetoric, and fear of outsiders coalesced into support for Donald Trump?

“It took one more element, and that element was disaster. The wars are supposed to reestablish the awesome power of the United States, the world's last global superpower. … As Thomas Friedman of the New York Times puts it shortly before the Iraq invasion, ‘America has to go into and … drain the swamps of the Middle East.’ … ‘Suck on this’ was the term that he used. This was about that sort of reassertion of American power.

… Narratives [were able] to take hold, whereby the real enemy is a combination of a civilizational marauding threat from Islam, as well as the cravenness of the elites that won't recognize that and won't let America fight back as it ought to.

… That advances when a community center in lower Manhattan becomes, in the popular imagination of the right, a Ground Zero mosque, a victory mosque, a symbol of triumph celebrating 9/11. It's how various state legislatures controlled by Republicans passed anti-Sharia laws, in order to make sure that they put forward essentially the same kind of narrative that we saw on the streets of Charlottesville, where white supremacists chanted, ‘Jews will not replace us.’

… All of these things coalesced to the right in an atmosphere of, from their view, humiliation. That what has happened to the War on Terror has been such a catastrophe because America has been humiliated. And Donald Trump has an answer for that. Donald Trump says he can fix it once these elites are thrown out of power. And power is given to him in order to do things like deport all of these people, stop them from entering the country, build a wall … and on and on and on.

'The Protege' is worthwhile due to excellent casting and choreography, critics say

Critics review “Reminiscence,” about a scientist who finds a way to relive the past and then tracks down an old love; “The Protégé,” about an assassin who seeks revenge for...