The cauldron is lit during the opening ceremony of the Paralympic Games in Tokyo, Japan, August 24, 2021. Photo by REUTERS/Athit Perawongmetha TPX IMAGES OF THE DAY.

More than 4000 athletes are competing in this year’s Paralympics, which kicks off today in Tokyo. Their families aren’t allowed to travel with them because of COVID restrictions, but some rely on their parents as caregivers.

“For Paralympians … it’s not just about having support from your family. It's about having literal tools that you need to succeed in competition. And they argue that it's an accessibility accommodation that they require to compete,” says Amanda Morris, a disability reporting fellow for The New York Times.

“The U.S. Olympic and Paralympic Committee has said that these personal care assistants were not allowed into the games due to restrictions on the size of delegations. But athletes argue that they've allowed in other essential personnel such as golfers’ caddies, and that these personal care assistance should be delegated as essential personnel as well.”

Athletes like U.S. swimmer Becca Meyers, who won three gold medals and a silver in the 2016 Rio Paralympics, say they need one-on-one personal care, while the Olympic and Paralympic Committee allows one personal care assistant for an entire team, according to Morris.

She says Meyers’ experience at the 2016 games caused her to push for one-on-one accommodation.

“She was told during the 2016 Paralympics that coaches and teammates would be available to help her. But she found that nobody was around to give her the level of care and support that she needed. She wasn't able to go to dining halls and wasn't able to successfully navigate on her own. She is both blind and deaf, and said that she ended up sobbing on the floor of her hotel room because she wasn't getting enough to eat. And she was considering pulling out at that point in 2016.”

After that, Meyers fought for her mother, Maria Meyers, to regularly travel with her as a personal care assistant, Morris explains.

“At the 2016 Olympics, he was on the way to a training facility, and because he couldn't have a personal care assistant with him, he ended up getting lost in an airport for several hours. And then once he got to the training facility, the parents were told that he would be supervised at all times. But then Mikey ended up accidentally misplacing another athlete’s equipment, which led to a misunderstanding and … some tension ... that his parents believe could have been avoided if you had a personal care assistant.”

She adds that Brannigan has other challenges: When he’s hurt, he only expresses pain to a few trusted people, and he might not be able to eat properly if someone isn’t helping him avoid food he’s allergic to.

The U.S. Olympic and Paralympic Committee says a coach, Rosalyn Clark, will be watching Brannigan. “But she's also assigned to watch her own daughter, Breanna Clark, who has an intellectual disability as well. And Rosalyn Clark has said that her daughter's needs and Mikey's needs are very different,” explains Morris.

Despite these challenges, Morris points out some highlights to look forward to, such as badminton and taekwondo being included in the Paralympics for the first time.

She’s also keeping her eyes on swimmer Jessica Long, who has 23 medals; Tatyana McFadden, who competes in wheelchair track and has 17 medals; and David Brown, who’s been called the fastest blind man in the world. 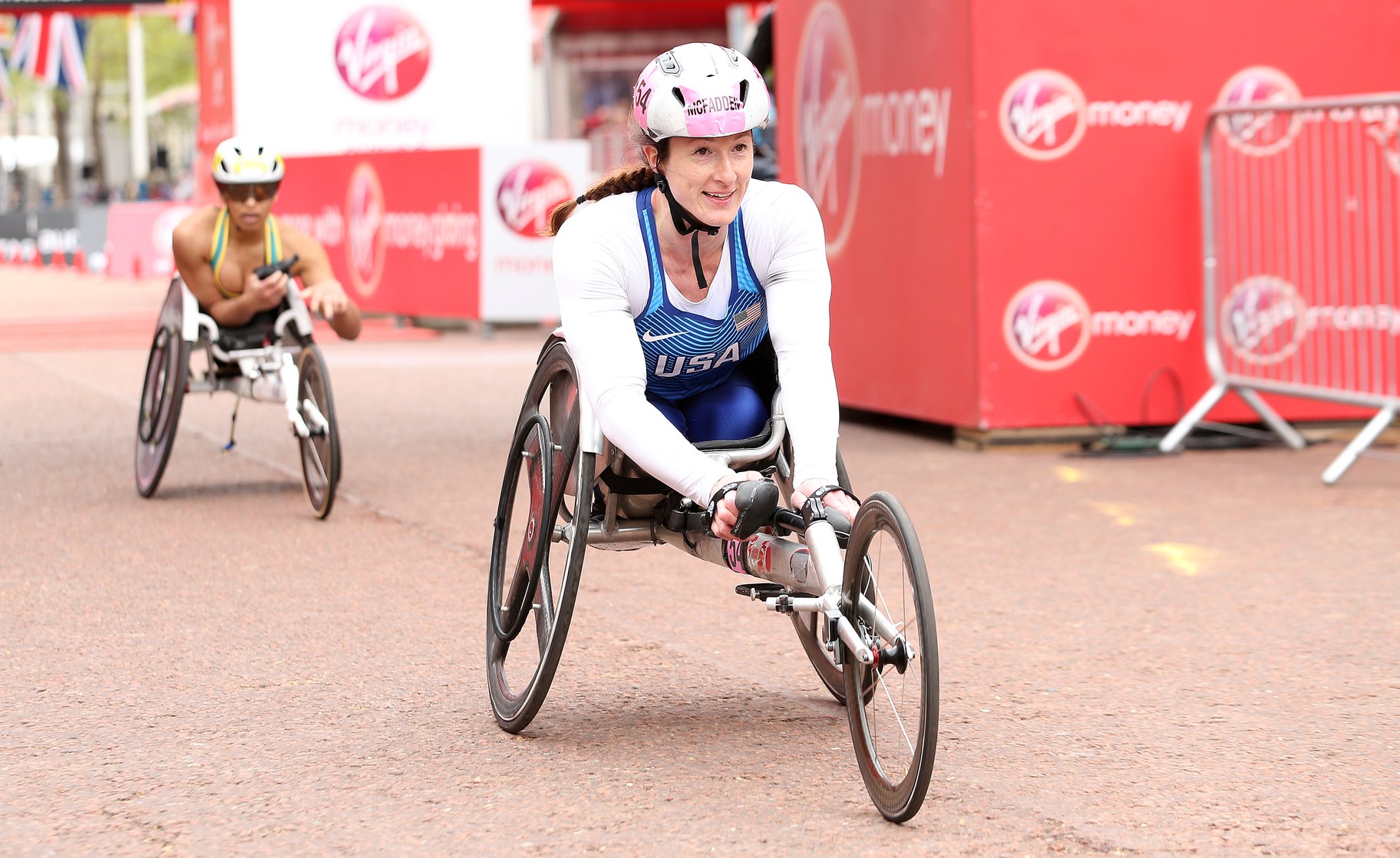 Morris expects wheelchair basketball to be very competitive — the U.S. team won gold in 2016 and will defend it this year.

Also in wheelchair rugby, also known as “murderball,” the U.S. team is shooting for gold. “They won silver in 2016 and bronze in 2012, so they're just looking to bump it up a little bit further,” says Morris.