LA Mayor Eric Garcetti shares the latest on LA’s fight against COVID-19. We talk about whether more places will shut down, how much equipment LA still needs, when we’ll return to “normal” life, what worries him most, and more.

KCRW: Is there evidence that LA’s “Safer at Home” policy is working? We’re embarking on our second week.

Garcetti: “We have the data from people’s cell phone movements that show that people are staying in place. … We send folks to make sure that we can tighten the screws even a little bit more, close down the beaches and the trails this weekend.

But we don't know the effect yet. If that's working, we won't know for probably another week or two. And we'll always be wondering whatever number we're at, what it could have been if we had not done it.

… I trust the public health officials who say absolutely this will have an effect, this will save lives. But whether it's enough to completely flatten the curve remains to be seen.”

By “tightening the screws,” will police issue fines for people who are outside, and will you close farmers markets? 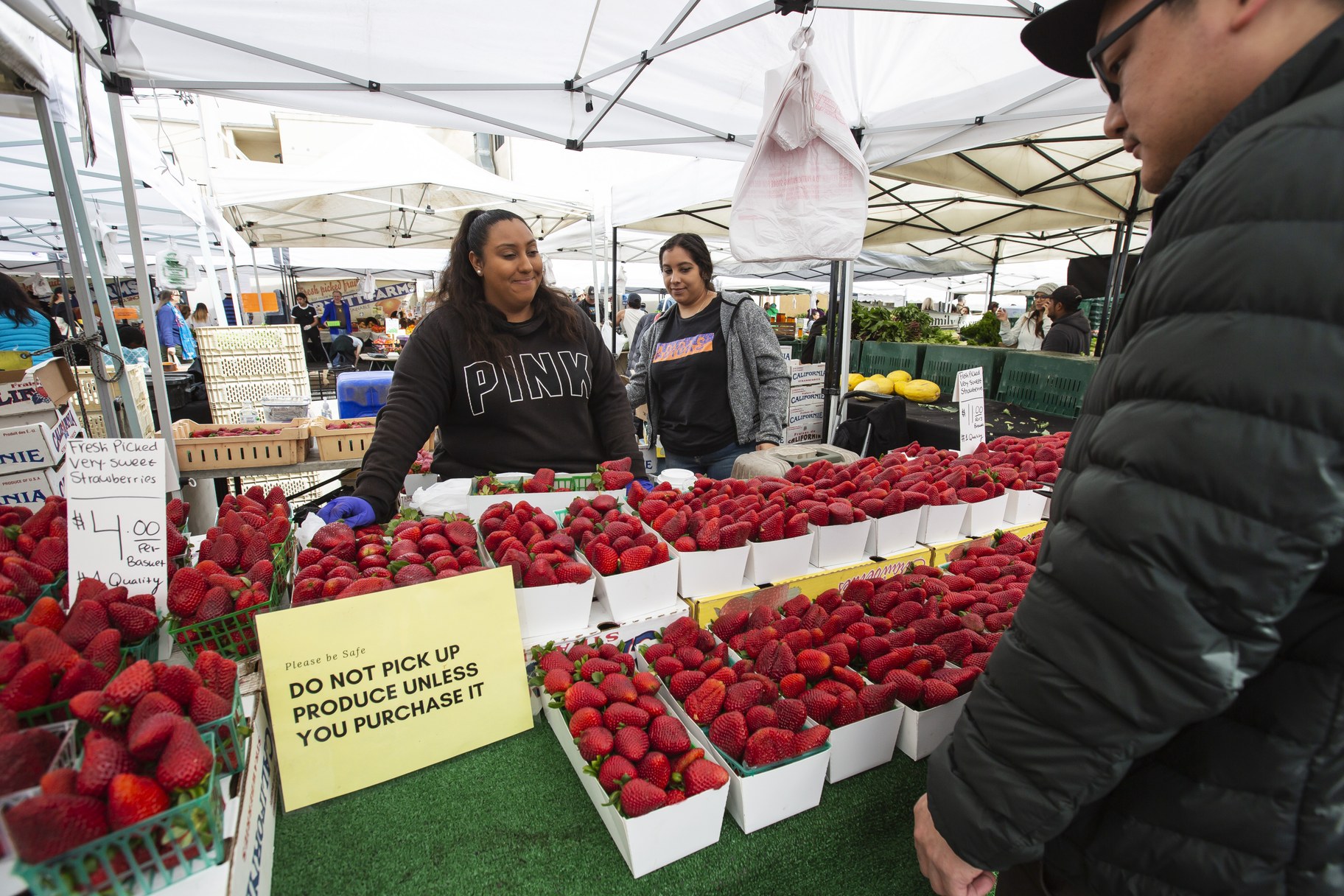 “We're finding that when you tell people what to do, they'll do it. In fact, you don't even need to tell them. We have got in every neighborhood and every street – people who are enforcing with each other. We're absolutely prepared to warn people to do that – with regular city employees who are out there, for instance, on work sites starting tomorrow to make sure construction workers during critical work are properly spaced.

And there's nothing that we won't shut down, obviously, except for access to food. So we'll monitor those closely, always take the advice of public health officials.

But by and large, we've had such amazing adherence to this across the board that I'm very proud of our city. And we'll see whether the farmers markets can stay open.”

How are you preventing LA from becoming New York City, which has (as of noon today) more than 33,000 confirmed cases and nearly 800 deaths?

Garcetti says there are two main things to do. The first: social distancing and staying at home. The second: people self-isolating if they have symptoms or have been exposed to a known positive case. 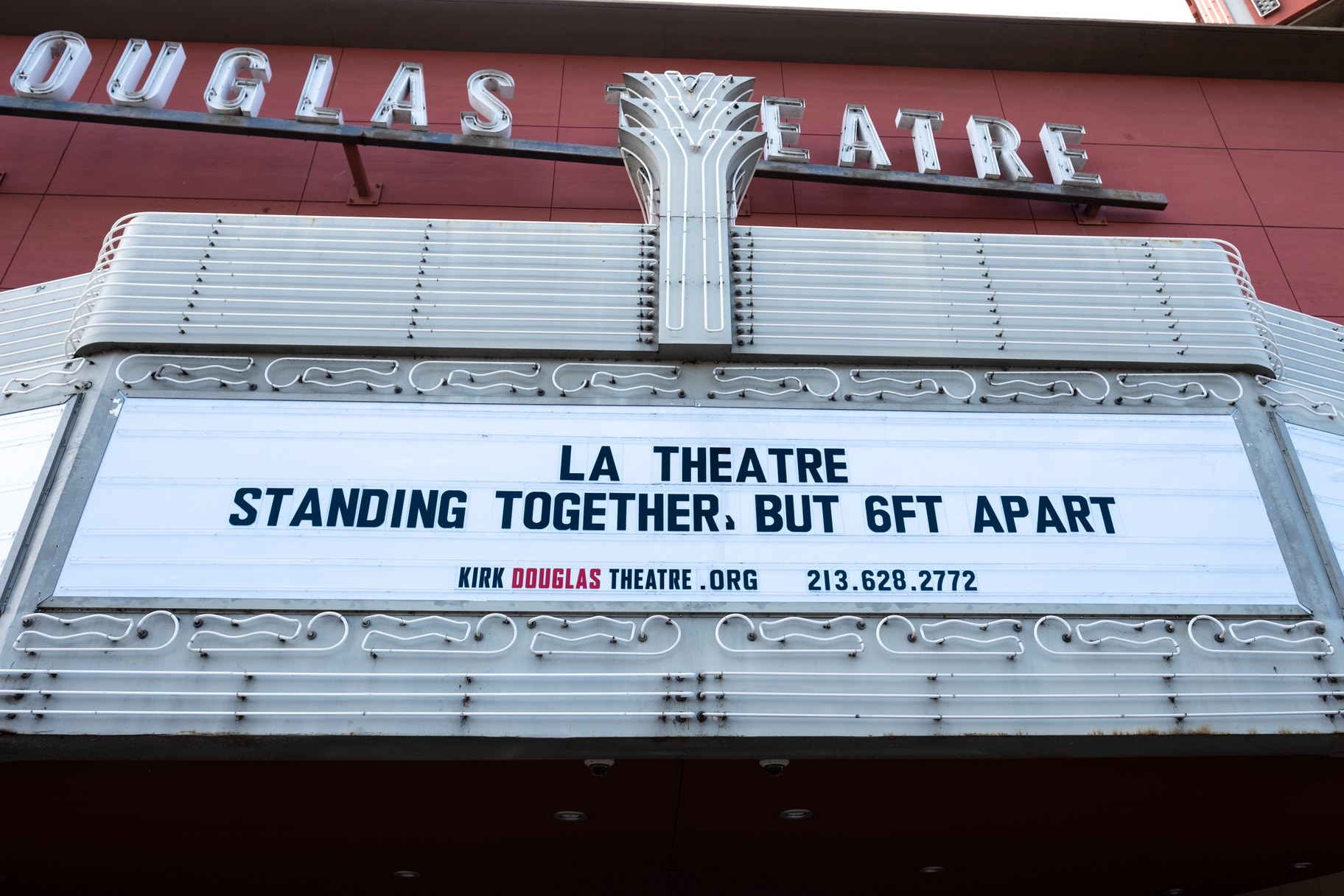 “Whether we'll be the next New York, I say everybody is the next everybody. New York was the new Italy. Italy was the new Iran. Iran was the new China. … Every community, whether it's rural or urban, tightly packed or not, is going to have the same thing. That's why we need national standards in terms of the ‘Stay at Home,’ because this virus will leak out no matter where,” he says.

He adds that all Southern California counties must act together, including LA, Riverside, San Bernardino, and Orange.

He points out that the health care system is decentralized, with no single person in charge. “When it comes time to respond, there's nobody in charge … of making sure that a private hospital, a public hospital, a research hospital, and other places are all doing the same things.”

When will the field hospital at the LA Convention Center open?

“It depends on what the county's needs are and the kind of collective hospital systems’ needs. We, this weekend, got 250 beds. It's a pallet that comes from HHS for after emergencies. We had the National Guard setting it up, so that the cots are out now. We're ready. We want more from the federal government. But there's only so many of these hospitals they can send. So we're looking at other options to build out.

... I think we're still probably a couple weeks away from the sort of surge that will overwhelm hospital beds, and hopefully these two weeks give us time to make that surge.”

Where are we with equipment? How many more ventilators does Los Angeles need?

“We've got a few hundred spare ventilators right now, which is a good place to be. We’re working to procure even more. Some of the ones we got from the federal government … didn't quite work. So they're being fixed by a company up in Silicon Valley.

… We also have changed something. … Los Angeles is both a manufacturing hub and the trade hub of America. And so I asked the executive director of the biggest port in the Americas, the port of Los Angeles, Gene Seroka, to become a chief logistics officer for this entire effort.

So he is now in our emergency operations center, building on all the relationships he has with companies, with suppliers; knowing what ships are coming; figuring out a way that we can not just buy for our first responders … but also for our hospitals.

… We're using the power of the city, the relationships, and the luck that we have of having this port, and the experience of its staff to make those purchases.

So for instance, a million masks are coming in this week that we have purchased. And then we're also going to be doing that for all the hospitals.

Ventilators are tougher, and we're looking everywhere for those and taking the guidance again from the county and the hospital systems.

But in terms of whether it's a grocery worker, a surgeon, somebody who's on the frontline as a police officer or firefighter … we want to make sure that they are protected, and right now, I think we're on a good path.”

When you look at all the numbers and trends, what’s really worrying you?

“I think two things. One: How to isolate yourself. And that's the next phase we all have to be ready for. This is now coming to our block. It's coming to our building, and maybe coming to our household. And if we're not prepared to stop it there too, then we will see this go much deeper and last potentially much longer. That keeps me up.

… The second is just the rush that we are doing on the streets to make sure that unhoused Angelenos – we had 13 shelters now that have opened up in a week. We have another 13 coming this week. Another eight the week after that. Another 13 after that. And hundreds, which I hope will turn into thousands, of hotel and motel rooms. 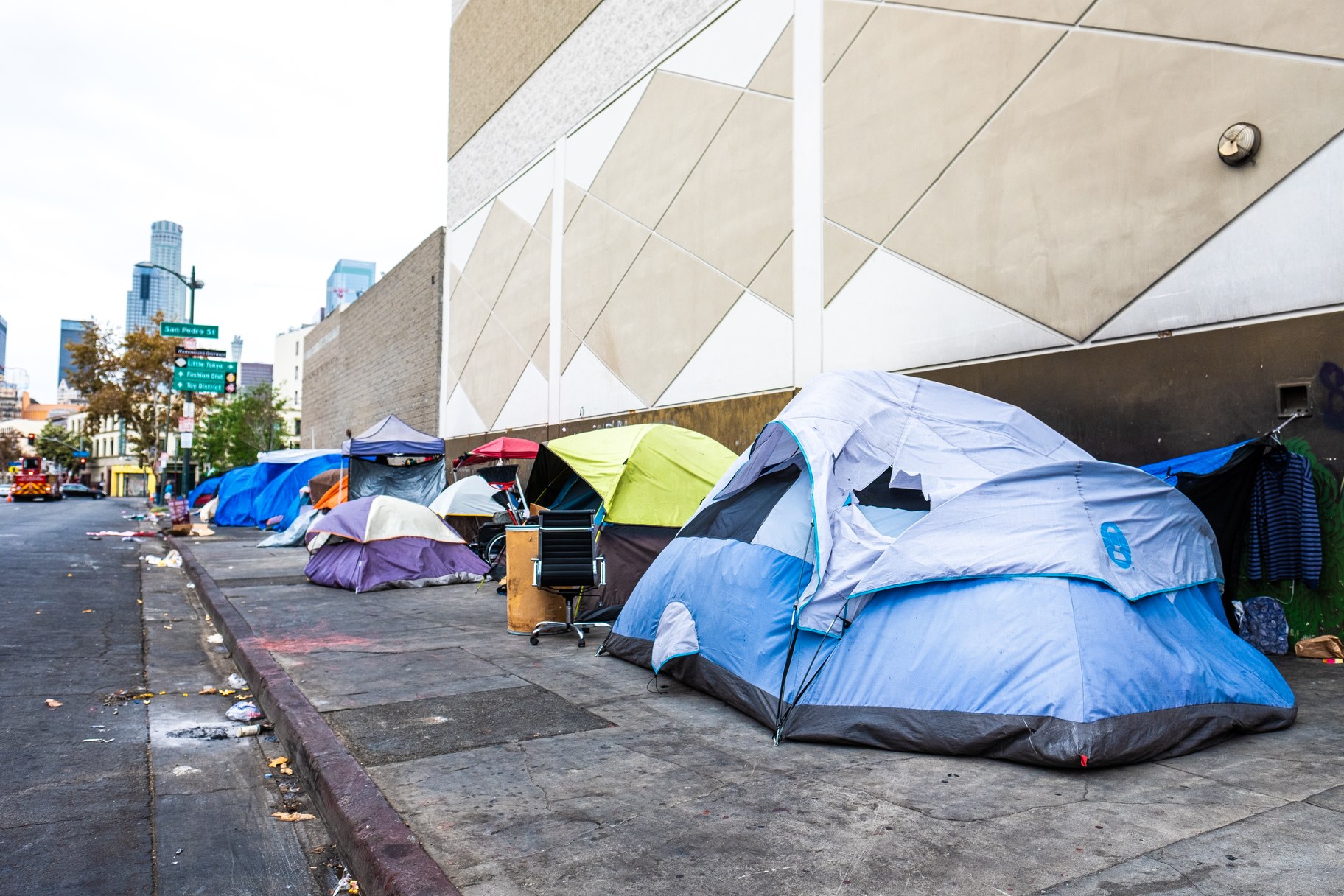 It keeps me up at night: What happens if there's an outbreak in a densely populated part of Los Angeles, where we have unhoused Angelenos, like Skid Row?

And then, of course, what keeps me up is the recovery. And the people who are right now hanging on economically, especially those who are bypassed, who won't get necessarily state or federal benefits except through their children, because they might not be citizens. Those in the gig economy who might not be covered by some of the legislation. And those who are already in debt … who won't get thrown out of their … homes because of our eviction moratorium. But what happens the day that the curtain comes up and we go back to normalcy?”

When do you expect a return to normalcy?

“At least two months is my gut [feeling].

I convened a conference call with the mayors of about 50+ cities, where the mayor of Seoul [was] talking about their strategies and testing; the mayor of Delhi who … called for a ‘stay at home’ order that was followed two days later by his prime minister and 1.3 billion people suddenly were on lockdown in India.

We talked to the mayor of Milan, who was going through perhaps the worst hotspot in the world. And one of the things the mayor of Milan said in this call was there's not going to be one day probably where it all goes back to normal. Two different ways he meant that. One was it may be that at a certain point, the disease and the virus has progressed enough that some healthier, younger people can go back to work while vulnerable people have to stay at a ‘stay at home’ order.

Second is we all expect that there won't just be one round of this, that in the fall or early winter, we could see a second. Or like with the Spanish flu, up to three times until there's a vaccine or some sort of pharmaceutical intervention that can stop the spread and mortality of this just vicious virus.

... We need to be prepared not just for when this ends this time, but how it ends, who it ends for, and whether we go back to this way of living for another period of time in the future.”

Do you anticipate that it’ll take 12-18 months for a vaccine?

“Yes … and the clinical trials and making sure a vaccine doesn't have some terrible effects on people that damages their health. That's the quickest scenario. So there may be a breakthrough with drug treatment. And doctors may recommend some sort of ‘everybody get sick and we'll try to protect people.’ I doubt that they'll take a herd approach.

Lessons for the future

“I think that the safest bet is: Learn the lessons from this time. … Never let this country get in this position again, because this has exposed all the cracks and weaknesses of our resilience to a pandemic. But it's also exposed the cracks in our economy and those who are not covered.

… The federal government does exist to centralize things at really important points. … It is the greatest tragedy that we have kind of, ‘Hey, you guys, you're on your own. Good luck. Find your own masks. We might send a few ventilators. You decide whether you want people to be locked down or not. We'll give you standards, but we won't give you leadership.’ And I think this country needs leadership right now. It really needs leadership that we're seeing through local leaders and state leaders, Democrats and Republicans.”

LA Mayor Eric Garcetti talks about whether more places in LA will shut down due to the coronavirus outbreak, how much equipment the city still needs, when we’ll have a...

What will the end of the coronavirus pandemic look like, and what sacrifices are necessary to get there? Ed Yong, the Atlantic’s science writer, has thought a lot about...

LA-based singer-songwriter Josh Ostrander (aka Mondo Cozmo) is facing a postponed tour and a paused career due to the COVID-19 outbreak. However, he’s still been productive...