Edward Goldman has been talking about art on KCRW with his distinctive Russian accent for almost three decades. That accent is no affectation. Goldman grew up in St. Petersburg, and that is where he fell in love with art as a kid visiting the Hermitage Museum. In his twenties, he worked in what was the Winter Palace of Catherine the Great, and is now one of the world’s leading repositories of art. Recently Goldman returned to St. Petersburg to give a tour of his beloved Hermitage and Press Play producer Matt Holzman went along. 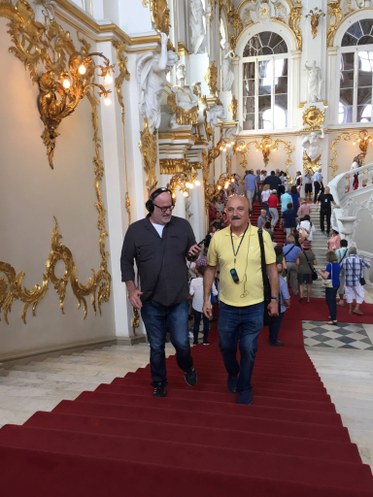 Edward Goldman and Matt Holzman on the Ambassador's Staircase. 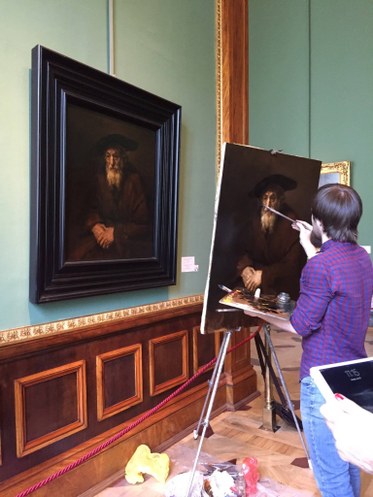 Art students learning from the masters.

Donald Trump unveiled details of his economic policy plan Monday in a speech in Detroit . Some of the details of Trump’s plan are typical Republican fare – an...

Donald Trump has repeatedly complained that the upcoming presidential election will be “rigged.” Saying that may or may not be an effective way to sway voters to vote for...

Edward Goldman has been talking about art on KCRW with his distinctive Russian accent for almost three decades. That accent is no affectation. Goldman grew up in St....

The promise of immunotherapy

Six years ago, the writer Mary Elizabeth Williams got a terrifying diagnosis. She had melanoma, a deadly skin cancer. It eventually spread to stage 4, and the prognosis was...

The lowdown on Netflix's 'The Get Down'

Australian filmmaker Baz Luhrmann explores the birth of hip-hop – 1977 in the South Bronx – in the new Netflix series The Get Down . Luckily, the series employed an...