“If you have political violence embraced by the middle class, by educated people, by older people, I think they will know what to do the next time Trump says, ‘Please assemble,’” says Atlantic staff writer Barton Gellman. Photo by Blink O'fanaye (CC BY-NC 2.0).

As a Congressional committee investigates the January 6 insurrection on Capitol Hill and holds former top White House officials in contempt of Congress, Atlantic staff writer Barton Gellman says Jan. 6 was just practice. He says the Republican Party led by Donald Trump is better equipped now to undermine the next election. 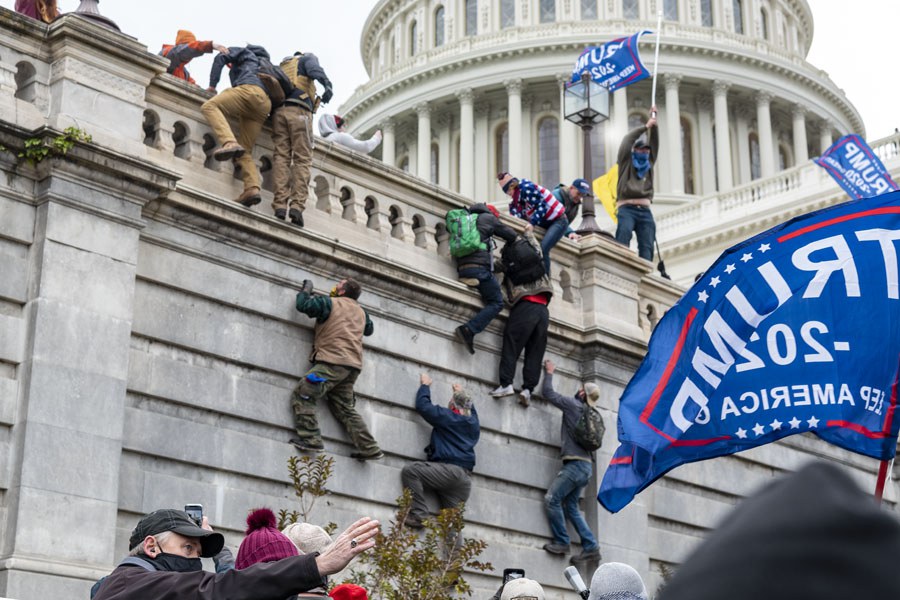 “[Republicans] are running people on the platform that the election was stolen last time, and that they would not have certified Biden’s victory. So they’re taking over the jobs of referees and making sure that there’s no one who can stand in their way the next time,” says Atlantic staff writer Barton Gellman. Photo by Blink O'fanaye (CC BY-NC 2.0).

Twitter Spaces launched last spring and soon attracted anti-vaxxers, white supremacists, and ISIS recruiters. The company did little to curb hate speech and even helped the...

At Bros in Italy, food writer Geraldine DeRuiter was served foam, “frozen air,” and meat-infused molecules. She says the meal has changed her view of fine dining.

NBA history was made on Tuesday night when Golden State Warriors guard Steph Curry broke the record for the number of three-pointers made by any player. He’s made nearly...