Some kids are meeting regularly at each other’s homes to learn together during the pandemic. Photo by Pixabay.

This week Press Play is looking at how the pandemic is changing the education system, and how Angelenos are trying to find solutions.

Some families are employing private educators or nannies who can serve as teachers. Some who can’t afford one-on-one sessions are creating so-called learning pods, which are small groups of kids who regularly come together to learn. 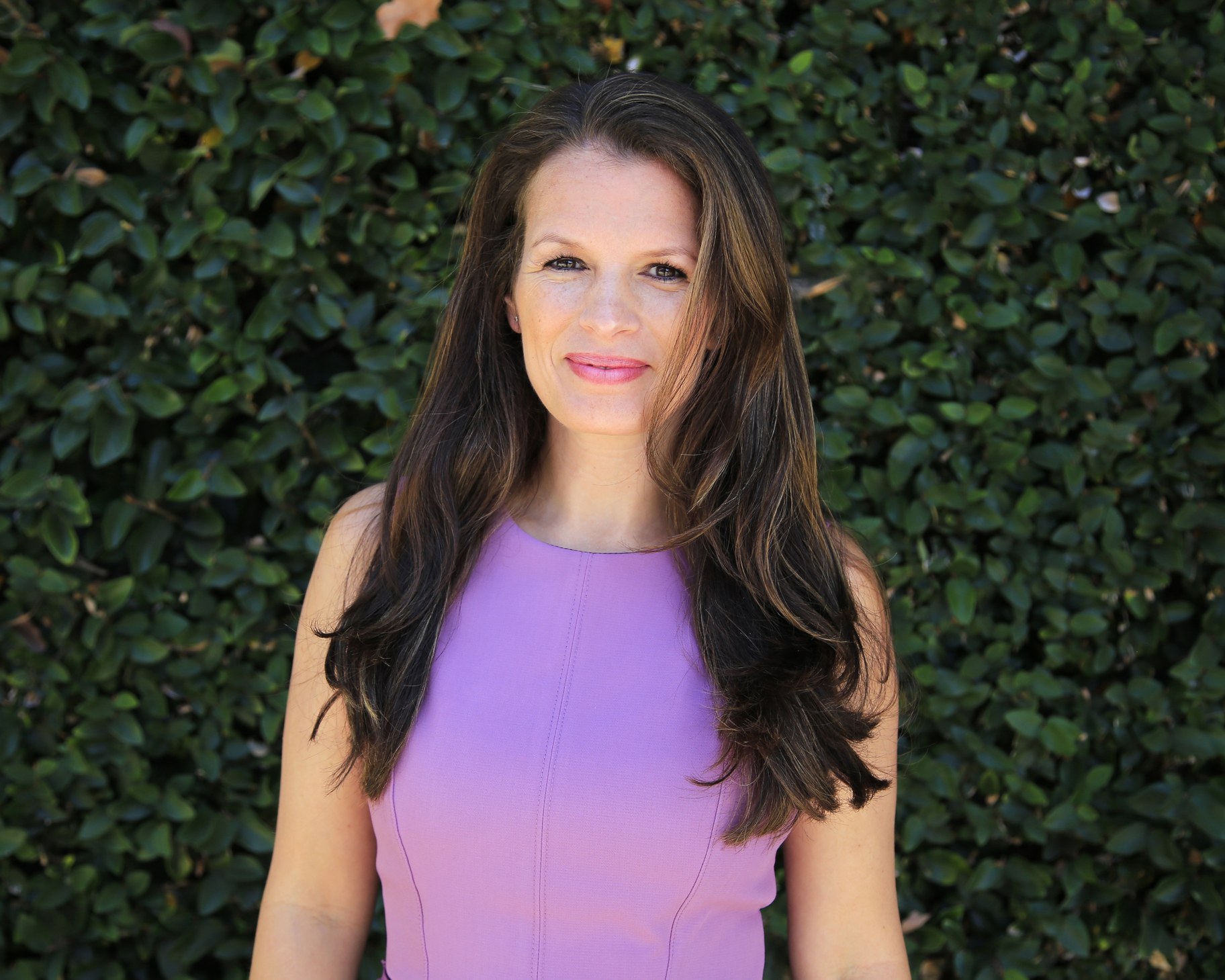 Ryan Jordan, owner of Educated Nannies, says she’s getting many requests for nannies who can support Zoom sessions and homework, and private educators who can teach learning pods and create homeschooling curriculums. Photo courtesy of Ryan Jordan.

KCRW: Tell us about your business. Are people calling you for nannies who can teach your children during the pandemic?

Ryan Jordan: “Oh yes, our phone has been ringing from 7 a.m. to 10 p.m. with requests for nannies who can support Zoom sessions and homework. Also with private educators who can help teach learning pods, as well as create curriculum for families if they decide to homeschool and go that route. So we place both.”

How do you find your educators?

“Right now they're in such high demand. They were actually just posting the positions on our website, and that is enough. We are getting inundated with private educators and teachers who are looking to help on a one-to-one basis or in a learning pod.”

Are your educators already employed as teachers in schools and they’re looking for extra money? Or are they former teachers?

Do you have enough teachers to fulfill the demand?

“No. The reality is right now the demand is way more than the supply. I think that a lot of people are requesting lead teacher roles or educator roles, but they want limited amount of hours and limited amount of time. Whereas lead teachers, they're searching for a one-year contract. They're not going to leave a position for just a fall semester.

So now parents are trying to up the rates to make those jobs more enticing because it's just for the fall semester because a lot is still unknown.”

What kind of rates are the teachers getting?

“I started off advertising $30 to $60 an hour. These have been our rates for years. And we've got parents that are willing to pay up to $100 an hour to find the right person to come in their home for a limited amount of time.”

Is $100 an hour for one child or several children?

“Typically, it's going to be for four children. But we do have some clients that have three children in the same family that are willing to pay that.”

What about the safety of a teacher going into a home? Or are they teaching remotely?

“Because there is so much remote learning and that's the only option, the teachers are coming into homes. And the private educators are asking those questions, as well as we’re asking those questions. ‘How are you social distancing? Are you open to wearing a mask? Are you open to a COVID test? How comfortable are you working in a home that has multiple families versus working in a home that may be one family, all with the same germ pod?’”

Are families pooling resources and asking for teachers who will teach kids from multiple families?

“Absolutely. That is one of our highest requests right now because so many parents are concerned about the socialization of their children. They want to have friendships, and they want to have safe spaces where their kids can flourish. So they're calling us and saying, 'Hi, we have two 5 year olds and two 3 year olds, can you find us a teacher?' or 'We've got triplets and another friend who's in first grade,' or 'We have a group of five kinders, and kinder[garden] is not mandatory in the state of California, so we want to create a curriculum and have a play-based academic fun year.’

So we are getting a lot of those requests, and it makes it more affordable for families because then the hourly rate that they pay, they can split this rate between the groups.”

“That's not our most common request, that's for a few of our families. But most families are paying anywhere from $35 to $50 an hour, that's average.”

“This is an expense that was not planned for. I keep saying this is a child care and educational bomb that got dropped on Los Angeles. Nobody planned for this. No one's saved for this. So it's been heart-wrenching to actually listen to some of the calls that we're getting. Because [for] some of the families, this is not an option. So we're recommending if you do have the financial means to be able to create something like this, that you're inviting people into the pod that may not be able to afford this.”

You're a former LAUSD teacher, so you know what you're talking about when it comes to families who can't afford this. LAUSD is not a rich district.

“I was a teacher at a school that [sic] 80% of my kids were English language learners, and they didn't have the financial means to do that, so it's hard. I wish I had a solution for this. I really do. It's a very disheartening circumstance. So I guess I just have to focus on the people that I can help. Then every time you place a nanny or private educator, we give a donation to Heart of Los Angeles to help. We do the best we can for each day, and hopefully the communities will come together and have resources for all the children to continue to learn.”

Hannah Natanson: “What I've heard from parents and people who study education is that this moment where families who can afford it are able to bring — or are looking to bring — in in-home tutors, is probably going to exacerbate inequalities in education and further the learning gap.

Because at this point, with many schools going virtual, you're going to be thrown on your resources to a large extent. Families who can pay for it can afford to bring in these tutors who will help the children through online learning, or provide supplemental curricula or whatever they need. They will most likely fare much better than peers who cannot afford that kind of one-on-one instruction.”

Even if schools resume in-person instruction during early 2021, is that enough time to create an insurmountable learning gap?

“Maybe not insurmountable, but definitely a large gap. Let's also remember that another aspect of this is in some of these pods, they'll also be replacing some of the social interactions. So particularly for younger kids, the idea is you're able to band together with other families, you'll all team up to pay for this person, and then you'll trust each other, and have the kids be together in each other's homes.

So they will be getting this level of social interaction that is so key for young kids that their peers will not be getting. That's another huge component that could have a lasting and significant impact within a short period of time.

Already we're hearing reports that just the amount of distance learning that has transpired so far, children are suffering in terms of being deprived of social time with their peers.”

How did the idea of pod schooling come about?

Parents started discussing, posting, forming these groups or taking advantage of previously existing school groups and posting, 'Hey I know my school system is going to be online, but I really want my kid to get some in-person instruction and time with peers. Who would be open to form a pod?'

… One family I spoke to got the idea as far back as last semester because they had been teaming up with another family just to allow their kids time to hang out together. So they've been sort of ‘bubbling,’ I believe, is the term. … Then the discussions gradually turned into, 'Well, hey, we've been bubbling for social reasons. Could this work for the fall if school is virtual?' So I think in some cases, parents started thinking about it as far back as last semester.

In some cases, it sort of sprang up as the prospect of school approached. I think now that there is more widespread coverage of it, some parents are getting the idea from news coverage.  … Parents are forwarding along between social media groups, 'Hey, we're doing this. Maybe you guys would like to try this?'”

“It could. I know that superintendents everywhere are starting to hear about the pods, and they're getting questions about the pods from school board members and from parents who are either worried about it or telling them, 'This great thing is happening.' So they're definitely aware of the phenomenon.

Now if the phenomenon continues, and it proves really successful, and it somehow diminishes enrollment, and then maybe persists through to if and when normal school comes back, yeah I could see it being sort of a game changer beyond the pandemic.”

In Los Angeles, funding is tied to attendance. If schools are already strapped and if attendance decreases, that's worse for schools financially.

“Most families that I talked to who are doing this, it's not that they are pulling their kids from the public school system. They are taking advantage of the online offerings, and then either supplementing it or hiring the tutor to walk their kids through the online learnings. So I wouldn't immediately expect a dip in enrollment based off of what I'm hearing from families who are doing this.”