In “Godfather of Harlem,” Forest Whitaker plays Bumpy Johnson, a real-life crime boss from the 1960s. Photo by Myles Aronowitz/Epix.

Forest Whitaker has been in more than 75 movies — including “Black Panther,” “Arrival,” and “Rogue One: A Star Wars Story” — and he won an Oscar for playing Ugandan dictator Idi Amin in “The Last King of Scotland.”

Now in the TV series “Godfather of Harlem,” he plays Bumpy Johnson, a real-life crime boss from the 1960s. The show follows his attempt to reclaim the power he lost to white Italian mob families while in jail. It also includes other real men of the era, such as Malcolm X, Congressman Adam Clayton Powell, and Italian crime boss Vincent “the Chin” Gigante, who is Johnson’s nemesis.

Whitaker describes Johnson to KCRW: “He's a chess player. He's a poet. He's a crime lord, drug dealer, and a murderer. He's also a philanthropist who helps his community. He's been working in this community to uplift, giving them scholarships. It's a weird kind of dichotomy to him, because he walks a line that either you can accept or not.”

Whitaker says he approached the role of Johnson with nuance, trying to juxtapose the crime lord’s life during the civil rights movement.

As a Black man, Johnson was unable to make deals as successfully as white gangsters at the time, Whitaker says. In one scene, an FBI member confronts him and asks why he chose a life of crime.

“I said, ‘I wanted to be a lawyer too. But I put my application into City College in New York, and they wouldn't accept me, you know, because I was Black. So our choices aren't as parallel as you'd like to think.’” 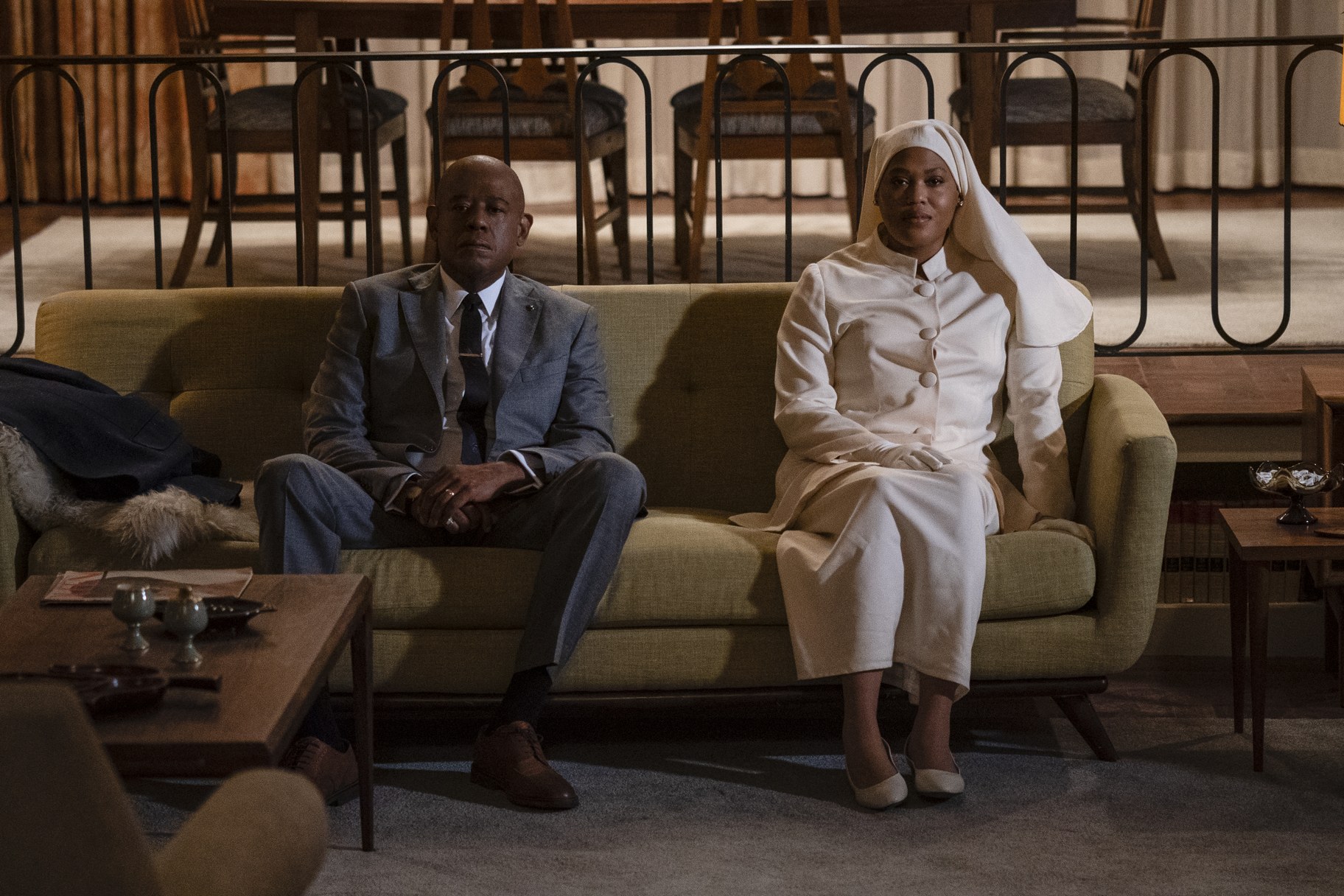 In the upcoming biopic “Respect,” Whitaker is playing Aretha Franklin’s father, Clarence LaVaughn Franklin. A pastor at the New Bethel Baptists Church in Detroit, Michigan, Franklin is said to be a complicated man who’s constantly pushing Aretha to be a musical star.

Whitaker says their father-daughter relationship sometimes led to negative outcomes such as alcohol addiction. “But then at the same time, he was an amazing preacher, considered one of the most studied preachers in the entire country or world.”

To prepare for the role, Whitaker says he consulted a preacher and dove deep into the type of man Johnson was and how others perceived him.

How singing led to acting

Before studying to be an actor, Whitaker received a scholarship to the Music Conservatory at USC. After performing his first opera, he hired an agent and decided to look at acting opportunities as a way to communicate to a larger audience.

He no longer sings regularly, but he performed a few songs as a toy maker and inventor in the 2020 musical “Jingle Jangle: A Christmas Journey.”

“It made me realize how much joy you get from just singing. I forgot how good it feels to be vibrating like that.”

Finally slowing down a nonstop career?

Although he’s unsure when he’ll transition away from acting, Whitaker says he often thinks about slowing down and relaxing.

“I was talking to my manager, and we were talking about this part. And they’re saying, ‘There’s a window where you can direct before you do the other movie after that.’ And it's like, ‘Look, guys, I can't just work all the time.’ I finished the show, and in one day I was on the phone with the director of my next project. So I was kind of thinking, I gotta slow down, maybe do something else.”

He says like his dad, who worked in insurance, he has other responsibilities to tend to, like supporting his family.