Trisha Michael’s twin sister, Kisha, was shot and killed by Inglewood Police more than a year ago. Kisha and her friend were in a car at 3 am, possibly sleeping. They were killed in a hail of gunfire. The five officers involved are no longer on the force. But Trisha says she doesn’t know much more about the case, and is still pressing for answers. The Michael family has filed a lawsuit against the City of Inglewood. 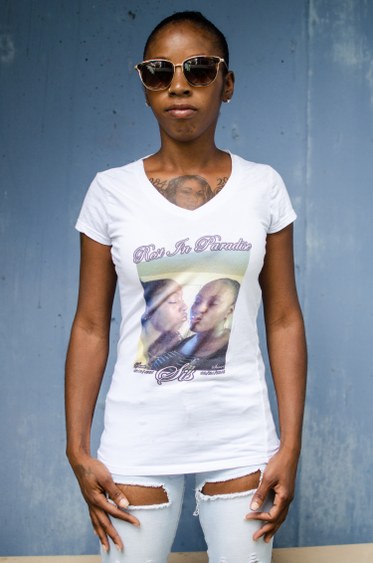 Trisha Michael has a tattoo on her chest of a her twin sister Kisha, who was fatally shot
by Inglewood police last year. Her shirt says, "Rest in paradise, sis." (Photo by Amy Ta)

Looking for answers to a troubling police shooting in Inglewood

An LA Times investigation has found that Dr. Carmen Puliafito, former Dean of USC's Keck School of Medicine, did meth and other drugs with a prostitute in local hotels. He...

It’s Made in America Week, according to the White House. But not for Ivanka Trump’s business. All the clothes, shoes and accessories are made overseas in poor countries like...

What campaign cash can be used for, and California bar exam gets easier

The commingling of the Trump family businesses with government interests has led the head of the federal ethics department to call the U.S. “close to a laughingstock.” We...

Trisha Michael’s twin sister, Kisha, was shot and killed by Inglewood Police more than a year ago. Kisha and her friend were in a car at 3 am, possibly sleeping. They were...