In Charlie Kaufman’s films, he explores the act of creating a movie or a theater production or a relationship. “Being John Malkovich,” “Adaptation,” “Eternal Sunshine of the Spotless Mind” have been praised for their inventiveness and their winding trips into the brain.

In his latest work, he takes that brain trip again while he’s on a real trip. Two characters, a boyfriend and girlfriend, go on a road trip to visit his parents. Most of the movie shows them talking in the car.

Kaufman’s movie is called “I’m Thinking of Ending Things,” and it’s adapted from a novel by Iain Reid. Kaufman talks to KCRW about the film.

KCRW: “I’m Thinking of Ending Things” is what the young woman says to herself in the car, referring to the relatively new relationship. Can you describe the two characters as the audience first meets them in the car?

Charlie Kaufman: “The man is named Jake, played by Jesse Plemons, and he is maybe somewhat awkward, maybe too accommodating. She is unnamed, played by Jessie Buckley and she seems to have a lot of different facets to her personality and to her experience in the world. It’s sort of unclear who she is, she’s hard to pin down.”

She is a scientist, an artist, a waitress. Is that from the novel — a vague character?

“Some of it is. I've taken some liberties with that. But yes, the premise is that she is somewhat enigmatic. In the book, she is the narrator. So it's from her point of view, which we kind of maintained in the movie. But the specifics of the different professions and stuff, it’s not in the book.” 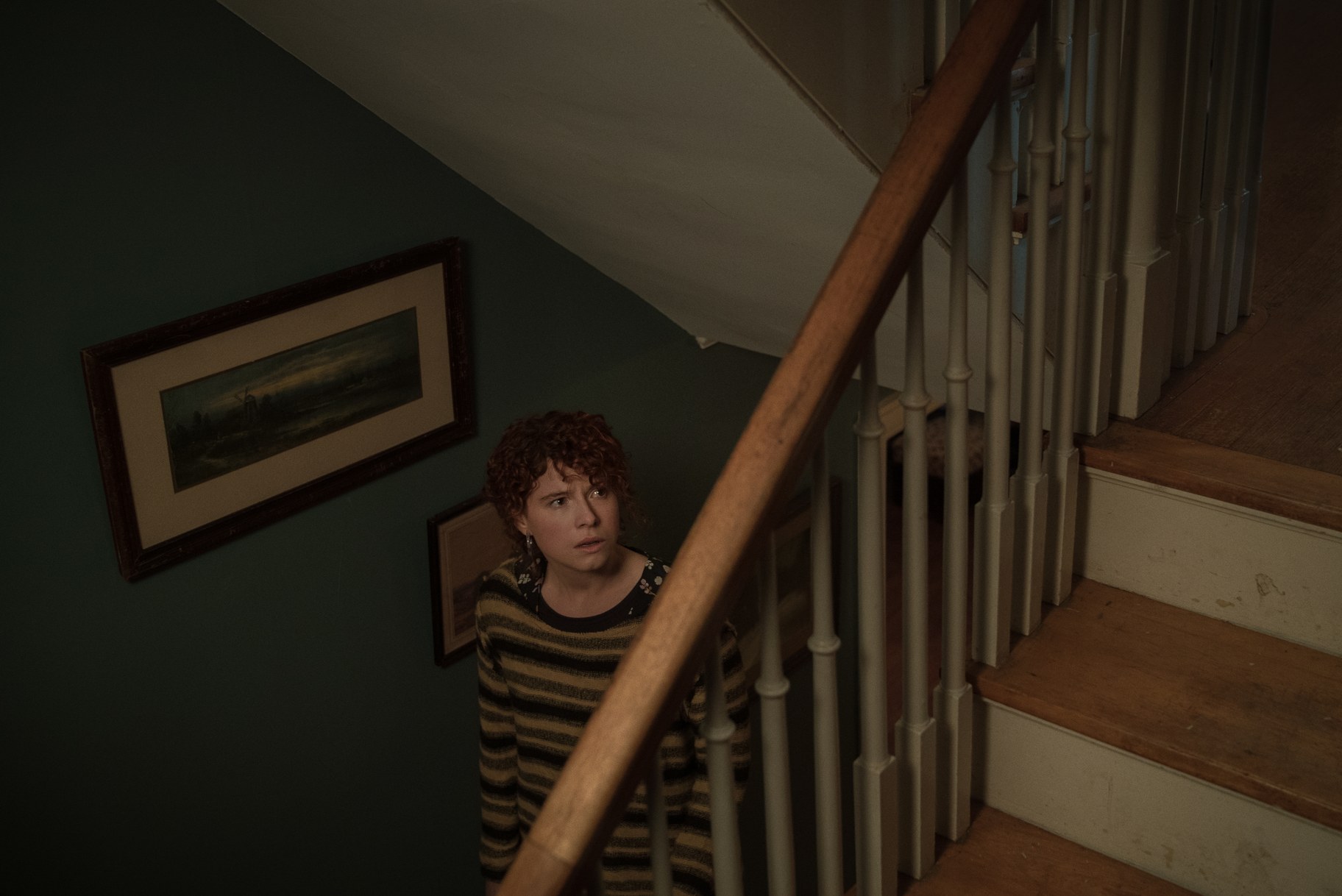 “I can't really talk about what is revealed in the movie because I think that's the experience of watching it. But yeah, things are not as they seem.”

Your exploration of what relationships are and what romance can be is interesting. It's not a happy perspective on a relationship. You've explored this in other movies like “Eternal Sunshine of the Spotless Mind.” What’s your viewpoint on romantic love?

“It's really complicated. I mean, I'm certainly a sucker for it. But I think that there's a lot of things at play when people first start to see each other, and start to get involved romantically. And a lot of it, by necessity, is projection because you don't know each other. And so you've got these ideas and these things that appeal to you, and then you kind of project them onto the other person. And I don't think that's sustainable in a relationship if it's gone for any length of time, and some of that is, I think, being explored here.”

Jesse Plemons [Jake] bears a similarity to a young Philip Seymour Hoffman, who was in your directorial debut “Synecdoche, New York.” Did you want him to play the role because of that, or was it a coincidence?

“It's just a coincidence. I think that it was not my intention. I know that people are saying it and have said it and … they feel different to me. Maybe their coloring is the same, but I see them both as a singular. I know that people have seen it. I just want to make sure that I'm giving Jesse Plemons the credit and respect that he deserves as an individual actor and not as a copy of something or someone else because he deserves it.” 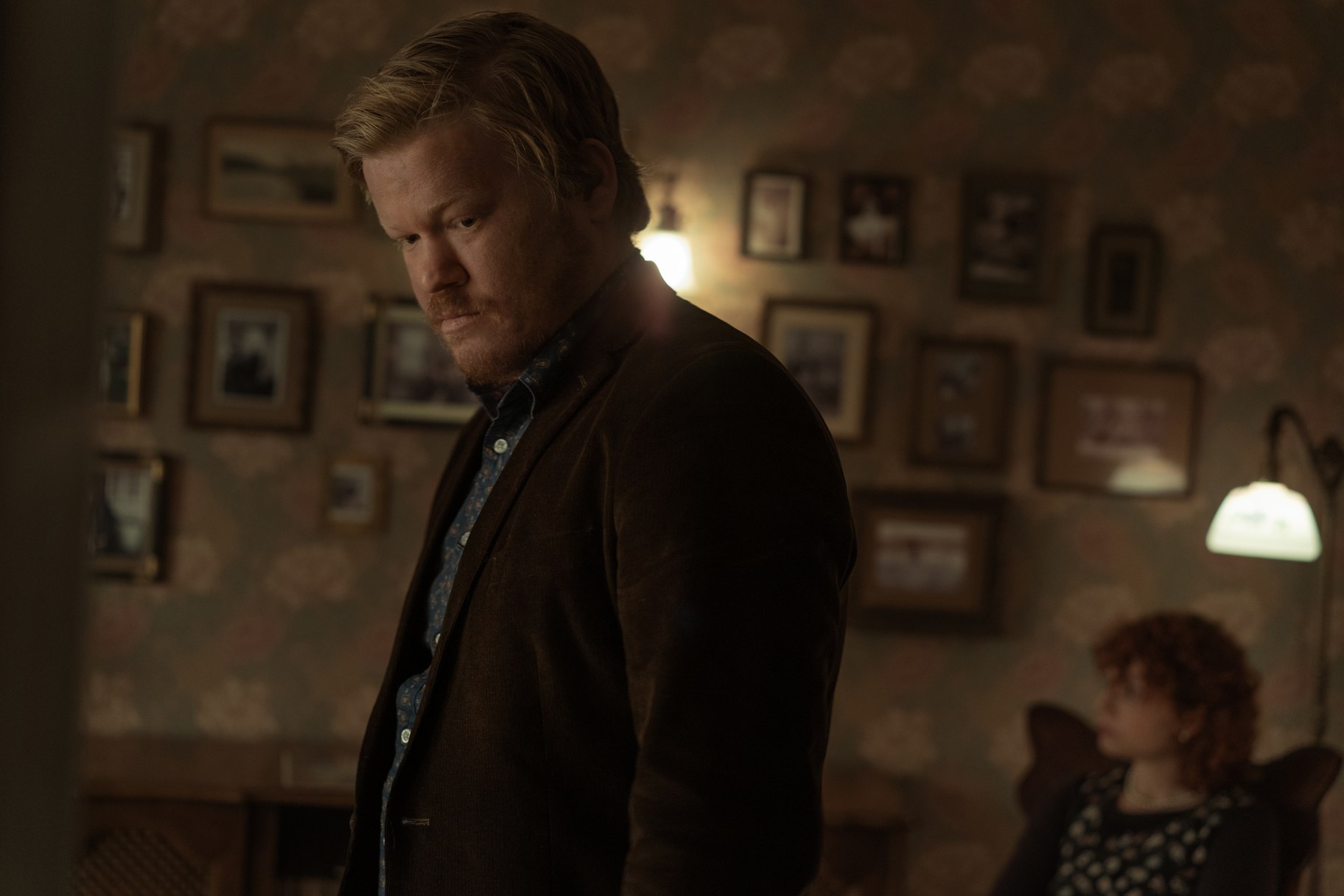 He is quite the foil to Jessie Buckley, who plays the young woman. How did you come to cast her in this role?

“I had cast somebody else, and they dropped out, and I was speaking to my production designer. And she happened to be in London, working on a movie with a director named Thea Sharrock, and she was in the room. She was at her house. And I guess she said out loud that I was looking for somebody. And this director said, ‘He has to hire Jessie Buckley.’ And I had never heard of Jessie Buckley. So I was immediately excited because I love the idea of finding somebody that I don't know.

I was looking at a few other people, and there's a poem in the movie that I wanted as an audition. I wanted people to recite the poem because I thought it would be a difficult thing to pull off in the movie because it's long. And I wanted to make sure that the person could bring something to it. I think Jesse sent me a tape the next day after we sent her the poem, reciting it from memory, but also like, brilliantly, really intimate and felt. And that was it. I just wanted her. So I offered it to her. And I'm really, really glad that I did.”

“I think that there are thematic parallels in that movie and the movie that you're watching. And I wanted Pauline Kael’s review because I wanted that feeling from Jake, that he's not safe with his opinions. That he has this passion for this movie that he thinks is great, that he's been told is great, and therefore he can defend. And then suddenly feel on the defensive because somebody who's smarter than he is, is telling him that it's a bad movie. But there are references throughout the movie to other things, to pop culture things, to literature. It's like the stuff that fills people's minds. So Pauline Kael represented this very opinionated smart voice telling you that you're wrong.”

You're talking about the stuff that fills people's minds. Early in the movie, there's an interesting back and forth between the two of them about life and the idea that everything wants to live. She also has a line about ‘bad movies in your brain.’ Is that from you, or is that from the novel?

Do you believe that bad movies take up an inordinate position in people's brains? They stick with people even if they don't like the movie.

“I think it's not only bad movies, it's bad everything. She also says that viruses want to live, which I wrote before this pandemic.”

How do you get rid of that stuff that's clogging our brains? How do we make room for the good stuff?

“I don't know. I mean, I feel like I'm a victim of it like many other people. But I feel like you probably have to step outside of the stuff that's presented to you by corporate media and find things. Look for things. Look for smaller things and things that are old and try to expand your world.

We live in a world right now where our thoughts and our lives are really curated by people who don't care about us. It's all designed by capitalists who want our money. But I do think that you have to step outside of the stuff that people want you to see and want you to think about and start looking for other things, looking for people who are trying to be helpful in the world.”

“I want to be. I try to be. I can't speak to whether or not I'm successful, but yeah, it's something that I want to do. When I'm writing things, I'm trying to be truthful. And by truthful, I mean truthful to the experience that I've had in the world, or the things that I think about.

When I wrote ‘Eternal Sunshine,’ I wanted to make up a story about a relationship that wasn't a rom-com. That wasn't about people ‘meeting-cute’ and then falling in love and then the movie is over. This movie was about the stuff that happens after that, which is the stuff that you rarely see in  romantic comedies.

And so you end up, I think as a young person, feeling like there's some truth out there in this stuff. And that you are just absolutely frustrated in your pursuit of it because it isn't true. And also memory and fantasy and  aging and frustration and the things that I think people deal with in the real world.” 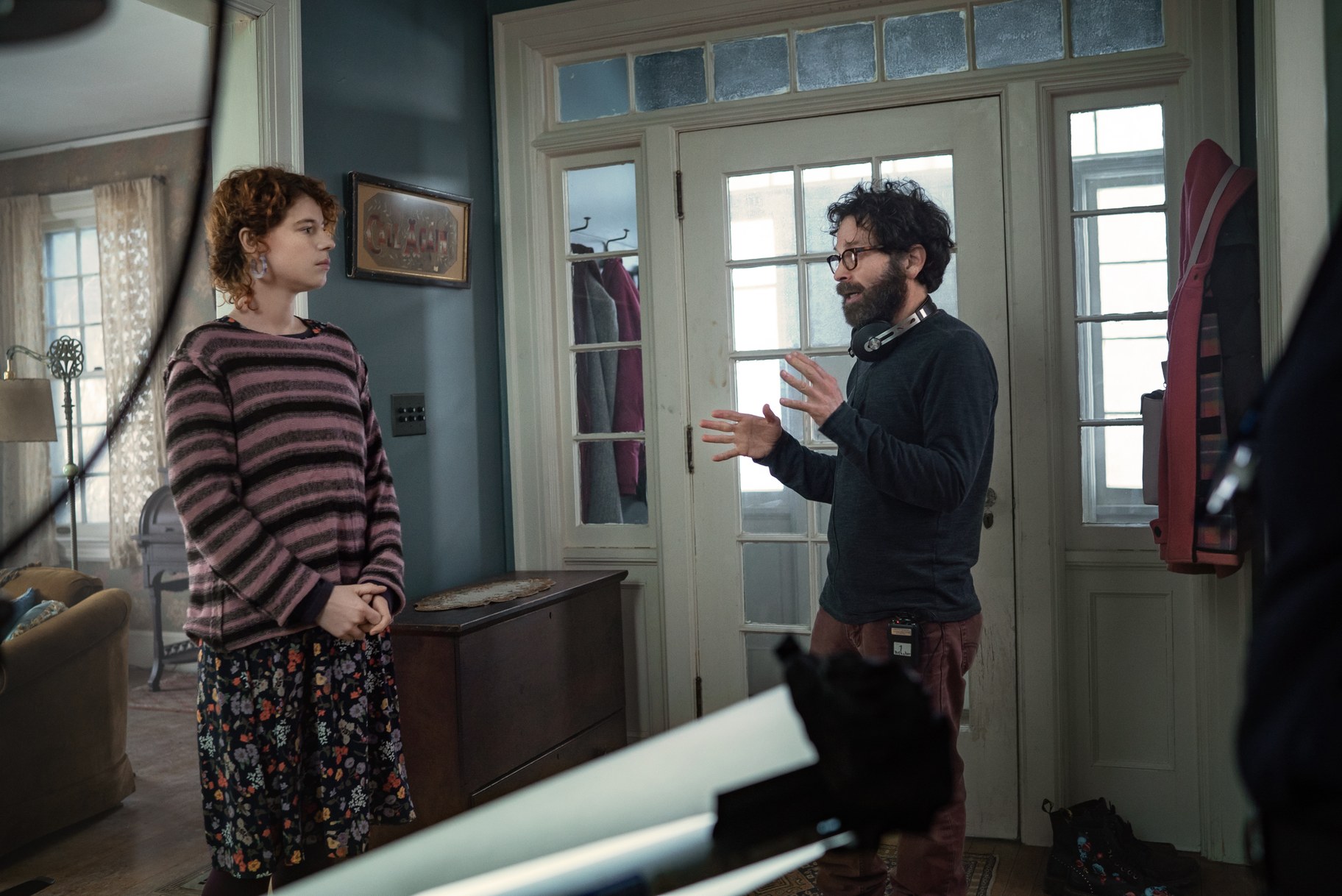 The fact is that a lot of our memory is fantasy because it's not necessarily faithful to the facts.

“Yeah, definitely. And it's always subjective. So it's always going to be your version of things. A lot of what you think about, you know, an interaction with somebody is, is stuff that you can't really ever know. Like, what they were thinking. You can think you know what they were thinking, but most of that is made up by you, in interactions. Because most of the time, you don't get to know what other people are thinking. Even if they tell you, it may not be true. So you construct these narratives, and a lot of that, that'll be your memory of what happened. But it may not be what happened.”

Does that lead to a life of loneliness? Because you can never know or share the same reality?

“Yes … we are, as they say, born alone and die alone. So I guess there is some of that. But I think you can work. I don't know. I try to work towards being honest. And maybe you can do that in a relationship and you get some sort of intimacy, some real intimacy as opposed to like fantasy intimacy.”

Mental health in the Black community

Why African Americans are facing ‘a double and triple dose of stress,’ and how they’re staying grounded

The CDC reports that anxiety and depression are up compared to this time last year. Americans are dealing with COVID-19, unemployment, police shootings, unrest, hurricanes,...

New street lights contest aims to bring civic beauty to all of LA, to every income level

LA is full of Instagram-worthy backdrops. Among the most popular are the rows of old street lights in front of LACMA by artist Chris Burden.

Where to buy baked goods in LA, and how to make sticky buns at home

Many people have been baking during the pandemic, but for Angelenos who are not great at making breads and pastries at home or are weary of doing it themselves, LA has many...

Charlie Kaufman’s "I’m Thinking of Ending Things" is about one couple's unusual relationship and mind games.