Before “Hamilton,” Lin Manuel Miranda had “In the Heights,” his breakout 2008 musical that won four Tony Awards, including Best Musical. Now it’s been turned into a movie. Just like the play, the film transports audiences to Washington Heights, the Dominican neighborhood in northern Manhattan, New York.

It follows the story of Usnavi, played by Anthony Ramos, who also starred in “Hamilton.” Usnavi dreams of leaving the neighborhood bodega he runs with his nephew and opening a business in the Dominican Republic where his parents came from.

KCRW speaks with Daphne Rubin-Vega, who plays a hair salon owner named Daniela. She previously starred in “Rent” as Mimi. Also in the conversation: Quiara Alegria Hudes, writer of the book “In the Heights” and the screenplay.

The idea of a dream

While characters like Usnavi hope to leave Washington Heights, Hudes points out that others chased their dream locally and realized it wasn’t all it was cracked up to be.

“Daphne's character Daniela, she doesn't want to leave. Her dream has come true of having a … thriving salon. But she's being gentrified out. Some want to stay. Some want to go. And they're all facing the reality of what happens when their dreams come true but are not sustainable,” Hudes says.

Rubin-Vega adds, “I think of the dreams as dreaming for the ability to create a life that can sustain a legacy and keep moving forward. It's not really a dream to leave the Heights.”

Also central to the story: How nostalgia, displacement, and loss play out among the main characters, such as Usnavi who grapples with his dual identity as a New Yorker and a Dominican.

“Every morning, he wakes up and he looks at his picture of him and his pop on on their old beach. And he says, ‘Best days of my life, morning pop.’ There is a real nostalgia that lives in that sentiment. But there is also a sense of loss and displacement because they came here, and Usnavi doesn't know how to embody both homes. He doesn't know how to be a New Yorker and Dominican at the same time. So he's looking for a path that feels truest to him,” Hudes says. 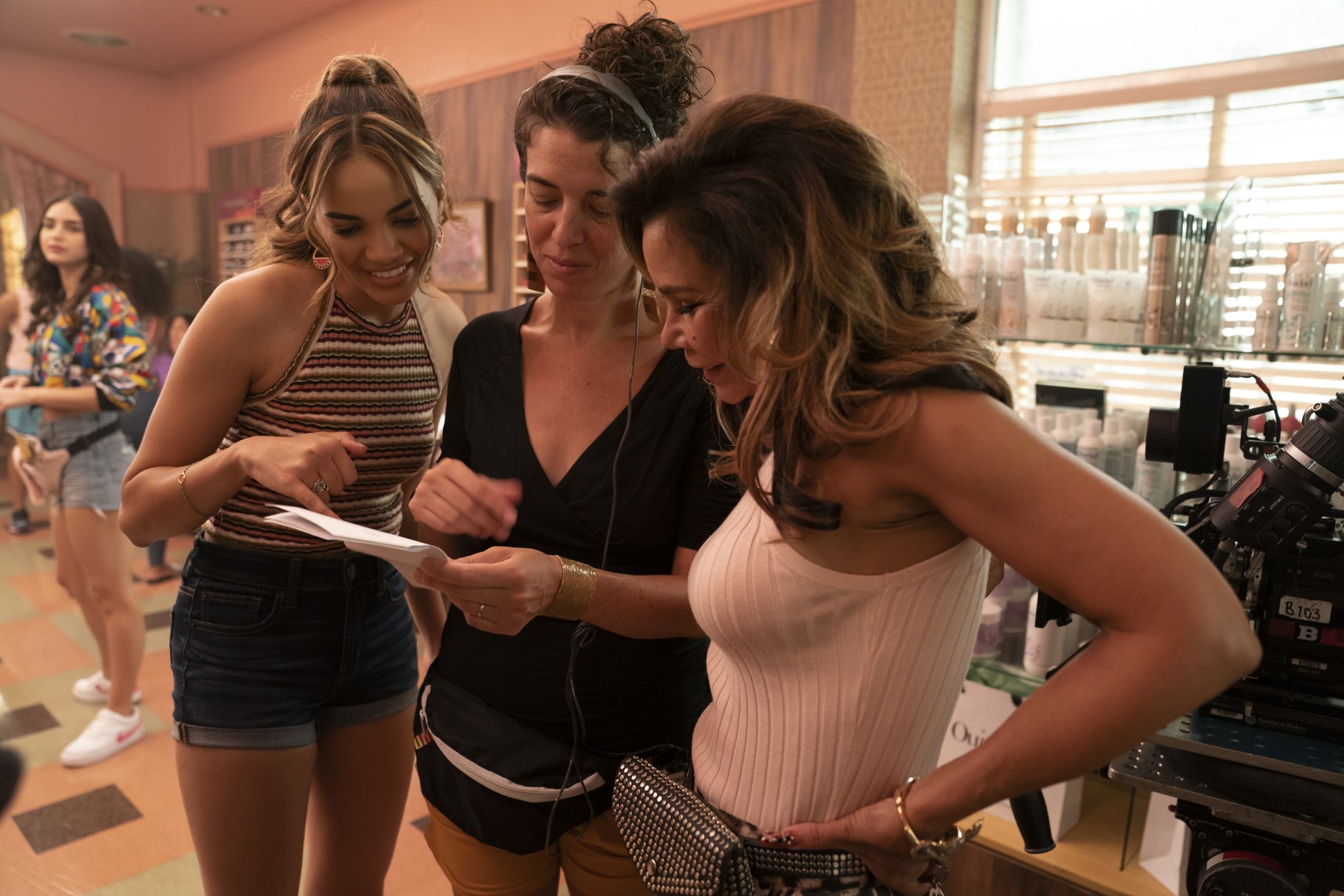 Rubin-Vega says his struggle represents the conflict within many immigrants in America.

“There's always a part of us that wonders: What would it have been like if those that came before me had never left? … That tug of war sometimes. … Someone tried to get me a better life, and so how do I keep that going? And maybe it means going back? … All these questions are always at play in some compartment of the mind of someone who's immigrated.”

A similar conflict exists for the character of Vanessa, who feels compelled to leave Washington Heights and move downtown to fulfill her dream of becoming a fashion designer.

“She really just doesn't have any models for how one might be an artist uptown in her immediate circle. So to her, being a successful fashion designer necessitates moving towards the dominant industry practices,” Hudes says.

The representation of Latinos

Hudes says much of the road for Latino representation was paved by Black artists and Black writers, including playwright August Wilson.

Rubin-Vega adds that as a Latina actress, she still sees room for improvement: “I don't think about it as a slog or an uphill battle, but it is definitely work to be done. It's not equitable. There's such an awareness when bodies of culture are in spaces that have usually been predominantly white, there's a certain sense of self consciousness. Just because there's a garden of flowers that are representing cultures that are not what we consider the norm, it doesn't mean that it's equal.”

She continues, “However, yeah, I feel fulfilled. There's still that sense that if you want to tell a big story and play a big character, you might have to write it yourself.” 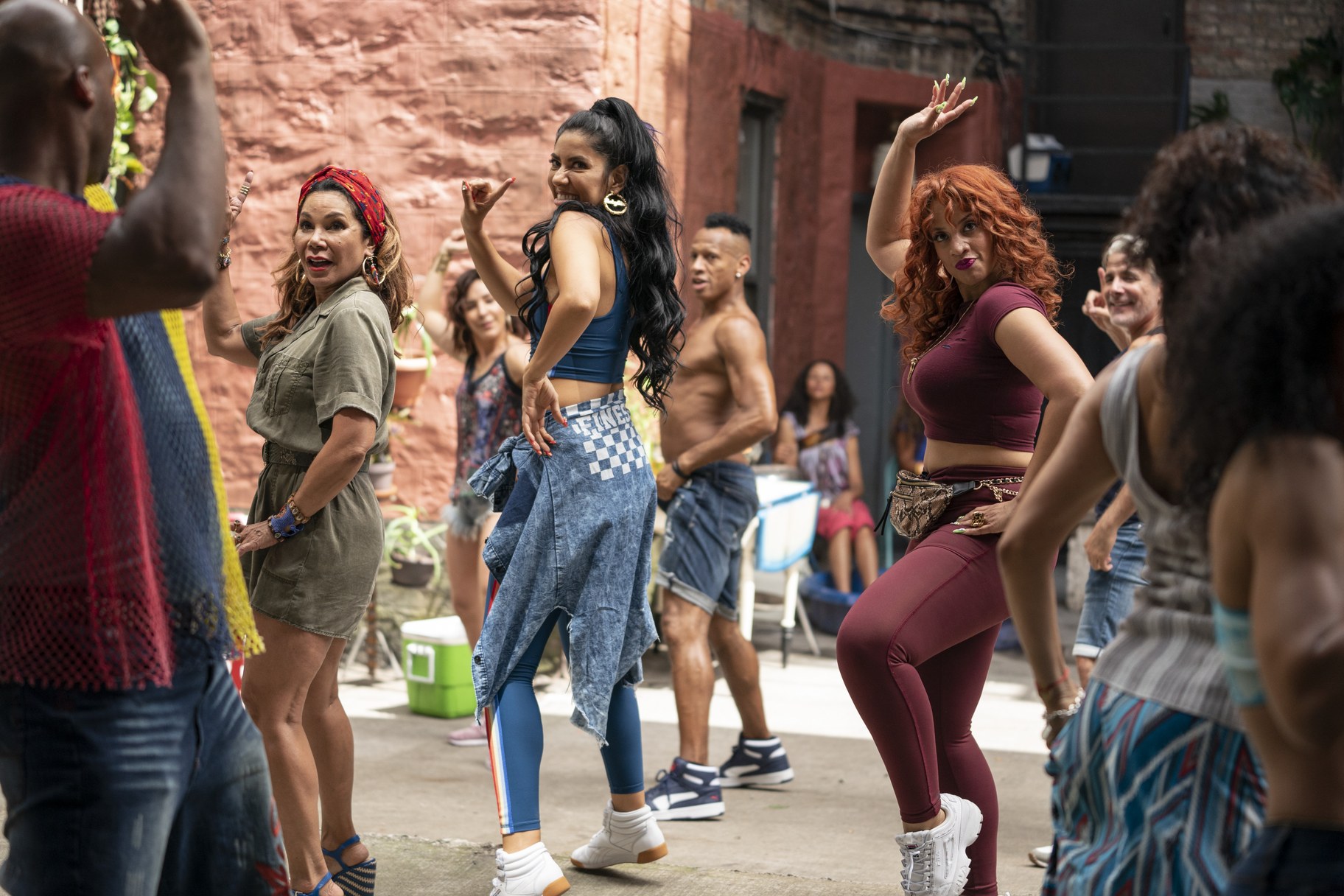 Hudes, who lives in Washington Heights, says the neighborhood faces gentrification but is still primarily Dominican.

“I really believe that the sun hits Washington Heights differently,” she says.

“One of the things that's so gorgeous about this neighborhood, it really captures the most New York residential area with this very unusual and singular geological natural beauty because of the bedrock it's built on. They weren't able to level it all like the rest of Manhattan. So it's very hilly, and there's dramatic cliffs over the river.”

Although gentrification is part of “In the Heights,” Rubin-Vega says the story is about much more.

“You could describe these stories as having to do with real estate and gentrification specifically, and the repercussions of gentrification on people. But the stories themselves are about love, and how people love themselves through whatever adversity it is that hits them. And that's what makes them extraordinary is because they're so relatable and lovable.” 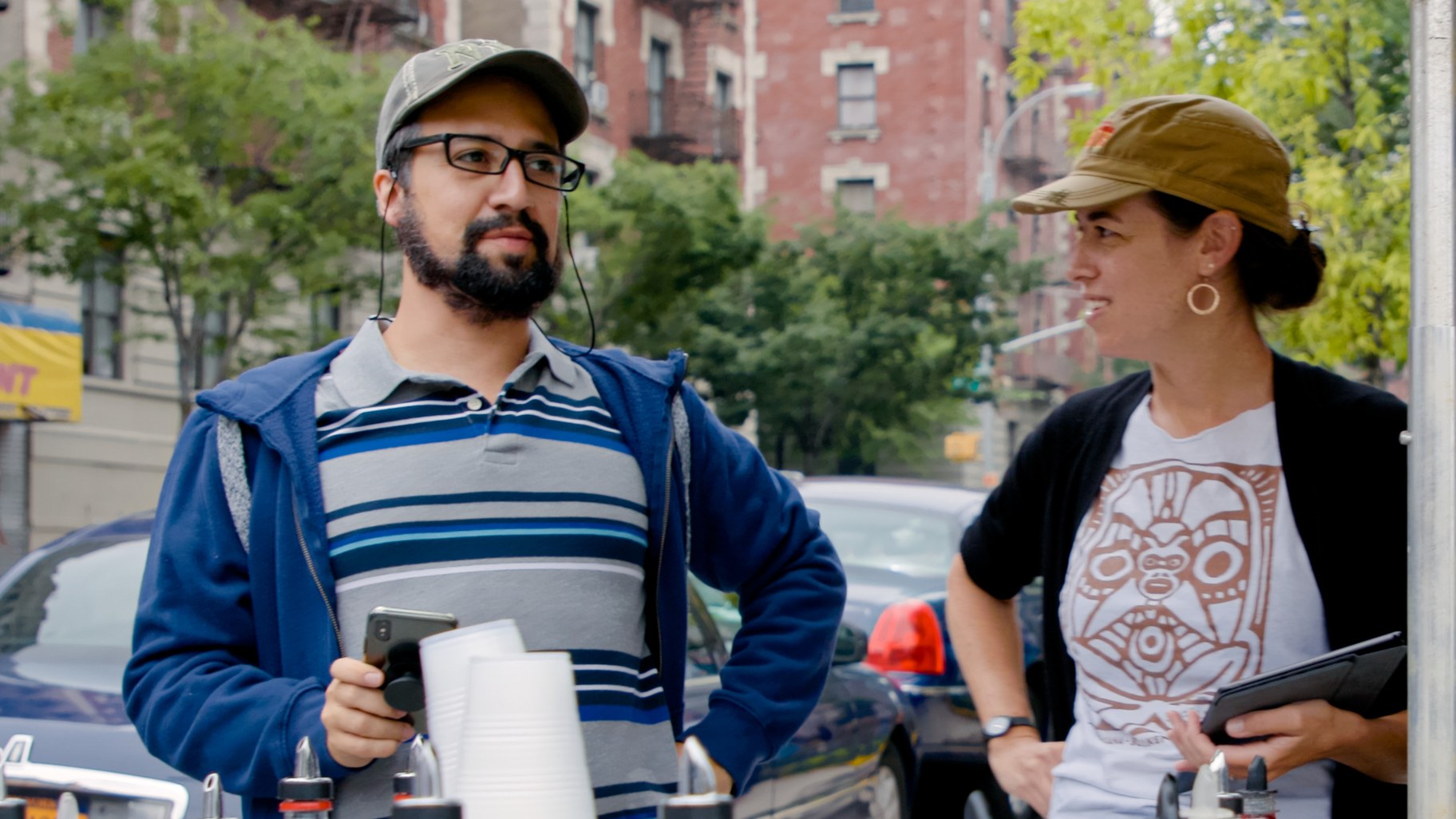