This is a rebroadcast: Georgia Congressman John Lewis is a civil rights icon. Arrested countless times, he led the march in Selma, Alabama at the Edmund Pettus Bridge in 1965, where Black marchers faced off against white troopers.

Lewis still bears a scar from the skull fracture he received on Bloody Sunday, when he was nearly beaten to death. National outrage over footage of Bloody Sunday led to President Johnson signing the 1965 Voting Rights Act. 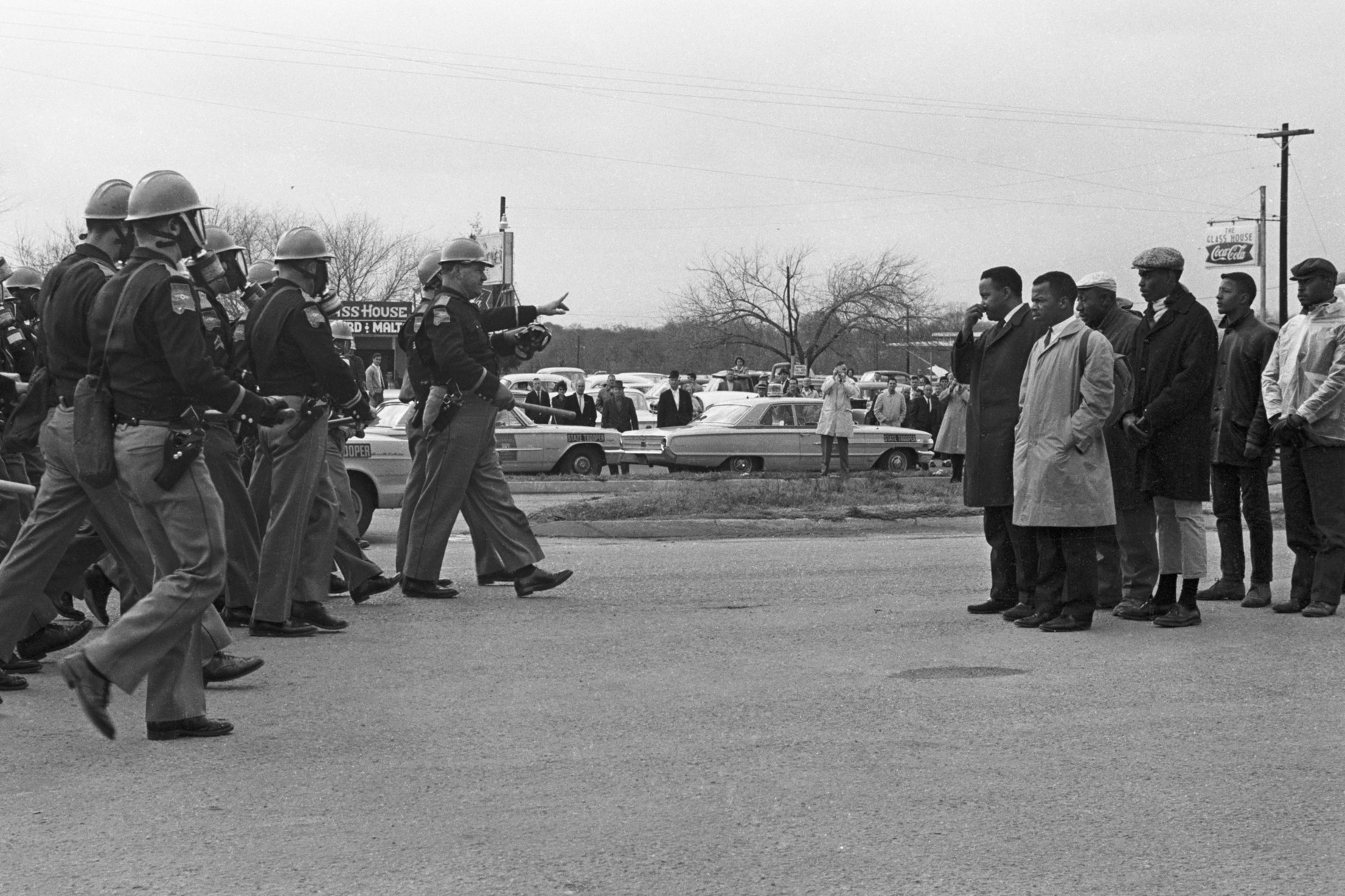 John Lewis left those streets for Congress in 1987. He has represented his Atlanta district ever since then.

At age 80, he fights pancreatic cancer and still wages a fight for voting rights.

KCRW: The title of your movie, “Good Trouble,” is a signature phrase from Congressman John Lewis. What does he mean?

Dawn Porter: “Congressman Lewis likes to tell the story of being a very young man in Troy, Alabama. You really do have to stop and think for a moment what it was like for a Black family of sharecroppers who had just fulfilled a lifelong dream of owning a bit of land. The civil rights activism was beginning to take shape, it was becoming more prominent, and that really captured the imagination of a teenage John Lewis.

When he would ask his parents his questions, his mother would say, ‘Boy, that's the way it is. Don't get in the way, don't get in trouble.’ And he turned that phrase on its head and decided he was going to get into what he knew could cause trouble. But he called it good trouble, necessary trouble.”

He practiced nonviolent confrontation. He was the leader of the Student Nonviolent Coordinating Committee (SNICK). He also worked closely with Martin Luther King. Can you talk about their collaboration and when they first met?

“John Lewis as a teenager wanted to go to Troy University, which was a local college in his town. But it might as well have been on the moon because Troy did not accept Black students. So he applied but he never received an answer. So he wrote a letter to Dr. Martin Luther King, saying that he had applied, he had not received an answer, he thought he was being discriminated against. And he offered to be a test case to sue the university.

Dr. King sent him a bus ticket and said, ‘Come meet me and let's talk about it.’ So he got on the bus and he went and met Dr. King and Ralph Abernathy, who was also a civil rights leader. They consulted Thurgood Marshall [lawyer and civil rights activist]. Marshall, King and Abernathy said to a young John Lewis … ‘You have to get the permission of your parents because if you sue Troy University in Alabama, people will come after you. Your house could be bombed, you could lose your life, your parents could lose their land.’

His parents were not excited about that prospect and asked him not to pursue the case. And he didn't. But it awoke in him this passion for civil rights. He was determined to become one of the most famous student leaders of the Student Nonviolent Coordinating Committee.”

At age 23, what training did he have to help organize the March on Washington? How did he know what to do?

“There's [sic] two parts to your question. One is how do you train to become a leader? Their training … was very much on the job. They were mentored by some adults, but the students were really the passionate driving force. They in many ways were much bolder than the grownups in the room, and really pushed the movement to its conclusion that actually ended up leading to integration.

But there was another form of training that John Lewis and his contemporaries undertook, and that was their training in nonviolence. So they studied under the tutelage of Reverend Jim Lawson — who by the way, in his 90s, still teaches nonviolent training workshops today in Los Angeles at his church. And he studied Gandhi, he studied the great philosophers, and so did the students. And the point in having them study nonviolence is because Reverend Lawson knew that that was the power of their movement.

As Reverend Lawson told them, 'Look your attacker in the eye, make him see your humanity.' And when the students did that, that is what the world saw. The world saw these well-dressed but determined, forceful, well-spoken, deliberate, and determined young people asking for very simple things.”

Lewis ran for Congress in 1986. He was someone who studied religion and philosophy. He preached peaceful protests, and then he got involved in a cutthroat political campaign. Was that out of character for him?

“Politics is cutthroat. And Lewis, while he is a person of nonviolence, he is a politician, he’s competitive, he wants to win. He wanted to be in Congress. So I felt it was important to include that [in the film] to show there may be things that you can criticize even John Lewis about. But that doesn't make him any less of an American icon, American hero. I think it's important that we look at people that we admire with very clear eyes.

I also think, as a filmmaker, it almost involves the audience in that decision. Because even though you might criticize, what he did was really the mildest of political challenges. It wouldn't even get a tweet today. He challenged [his opponent] Julian Bond to a drug test. There were lots of rumors that Bond did cocaine. And Julian Bond was offended by that. He refused to do it. It really hurt his standing, particularly with white voters. So Lewis won the race.

So you could criticize that decision, which seems almost quaint today. But then we all want a John Lewis in Congress. … While you might want him to always take the higher road, we also want him to be there. So what does that say about our politics and our electorate?” 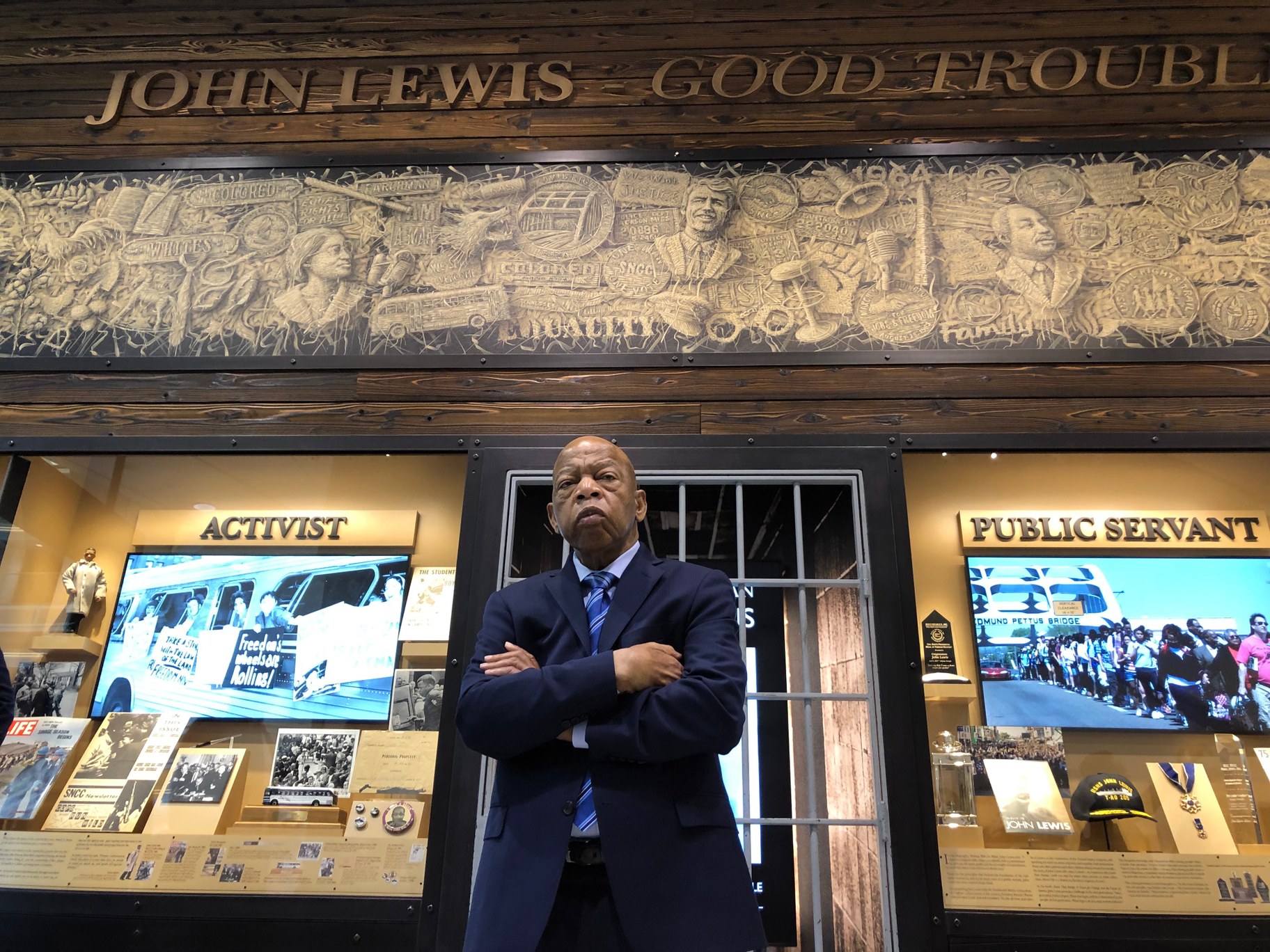 Lewis ran pretty much unopposed in more than 30 years in Washington. This year, he did well in his primary. But he had a challenger (from his left) who said things aren't changing fast enough. How does Lewis see himself  in the twilight of his years, as he is facing a mortal disease? How does he see himself fit into this moment that there is a surging left?

“I think he's always considered himself part of that left. I think he definitely is, as Nancy Pelosi calls him, ‘the conscience of the Congress.' But I think he's never lost his practical political skill. So Jon Lewis is a person who understands because he has been the activist, and he has been the member of Congress. He has seen both sides of that activist journey. And so I think he is always pressing for a better life circumstance, for more change. But I think he also understands that politics is about figuring out the way to work with people in order to make change for the greater good.” 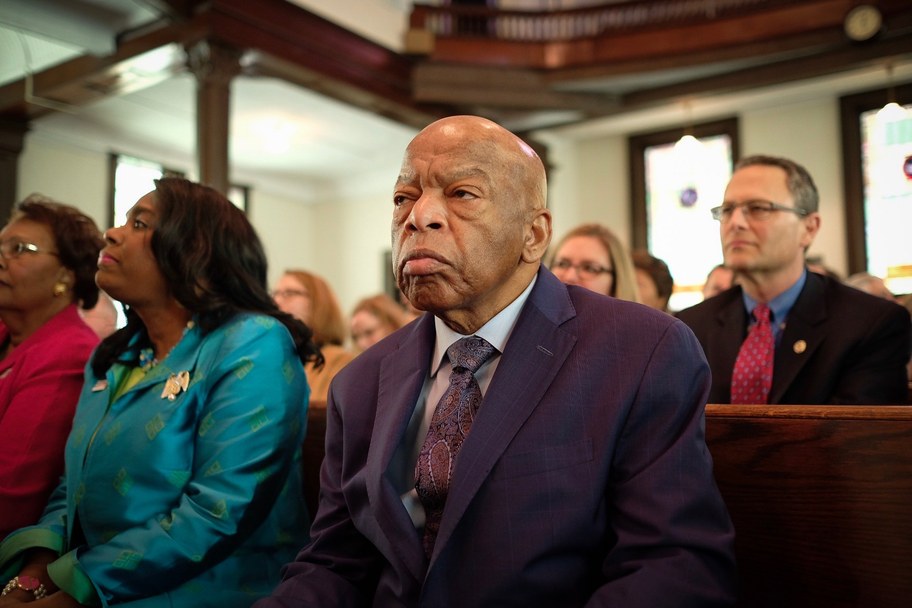 Does he think that maybe it’s time to step aside and let the new generation take over? This is one of the few political options for Black Democratic lawmakers in the South.

“I think in terms of his district, he's always going to be a fierce competitor. He would never cede his seat. But I think he is very welcoming. He campaigned fiercely for newer members of Congress all over the country. … He usually runs unopposed. So he uses his political capital for others because he can draw a crowd. He did that with great success in the 2018 midterms.”

“He is okay. It's a very serious diagnosis. His spirits are up. He sounds great when I speak to him on the phone. … What will happen in the future is anyone's guess. But right now he's okay.”

How Trump is practicing fascist politics, according to Yale professor

Protests in Portland, Oregon, began in May after the police killing of George Floyd. Those protests escalated last week after the Department of Homeland Security sent in...

This is a rebroadcast: Georgia Congressman John Lewis is a civil rights icon.

Are Americans living in a fascist state?

Fascism is a label usually reserved for Adolf Hitler, Benito Mussolini, and brutal 20th century dictators. The term has swirled around Trump ever since he announced his bid...

People are listening to a lot of new music during this pandemic, according to a study from Billboard. KCRW DJ Valida gives recommendations for some new tracks.