How one Chinatown bank was 'small enough to jail' In the wake of the mortgage crisis and great recession, the government bailed out big banks, but one small bank was not so lucky. Abacus Federal Savings Bank was the only bank to face criminal charges. Run by a family in New York’s Chinatown, it served low-income immigrant communities. A new documentary tells the story: “Abacus: Small Enough to Jail.” It opens in LA on June 9 at the Landmark NuArt Theater. 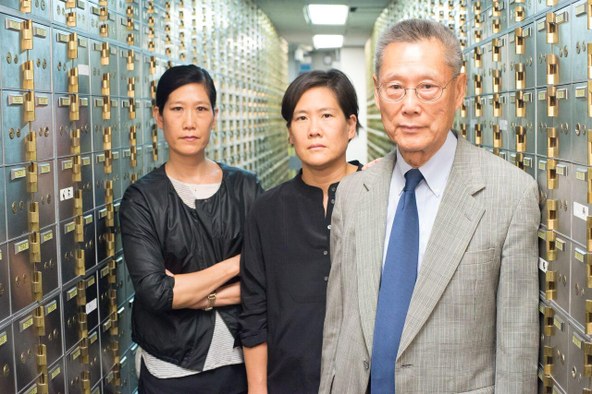 Vera Sung, Jill Sung and Thomas Sung ran Abacus Federal Savings Bank in New York's Chinatown. They caught financial fraud being committed at their bank,
reported it, and fired those involved. Then Abacus became the only bank to face criminal charges in the wake of the 2008 financial crisis. (Photo by Sean Lyness)

Trump to Comey: 'That's what I want -- honest loyalty'

Former FBI Director James Comey’s opening statement for Thursday’s Senate hearing has been released. It reads a little like a YA novel. In describing a dinner with Trump,...

At 4:44 am this morning, President Trump tweeted: “I will be nominating Christopher A. Wray, a man of impeccable credentials, to be the new Director of the FBI. Details to...

How one Chinatown bank was 'small enough to jail'

In the wake of the mortgage crisis and great recession, the government bailed out big banks, but one small bank was not so lucky. Abacus Federal Savings Bank was the only...

The highs -- and many lows -- of being a standup comedian

Starring Melissa Leo, Showtime’s “I’m Dying Up Here” follows a group of young comedians struggling to make it big on the Sunset Strip in the 1970s.

William Krisel proudly designed homes for the masses. But these weren’t the cookie-cutter stucco boxes of Lakewood or other early southern California suburbs. They were...