Comedian Maria Bamford is trying to shatter the stigma around mental illness with her new talk show “What’s Your Ailment?!,” which airs on the streaming service Topic.

The government says about 20% of Americans have a mental illness, and 11 million of them have a serious mental illness (something that gets in the way of major life activities).

Bamford herself lives with bipolar disorder. She tells Press Play, “I feel like everybody is on a spectrum of different mental experiences. It's just comedians are much more likely to talk about it.”

Bamford says she would love to talk to people who don’t have the financial/cultural resources to handle illness.

Bamford brings celebrities on her show, including “Crazy Ex-Girlfriend” actress Rachel Bloom. In that episode, they discuss health insurance, and the level of resources it takes to get good care.

“It's miserable. And even people who are desperately trying to give you that health care aren't allowed to through the system that they function. So I think a lot of people are willing to find help, ask for help on their own behalf, and then it's just not there,” Bamford says.

She adds that it’s valuable to at least tell people, “You’re not alone.” She recalls, “When I didn't have insurance, I went to county to go get meds. You wait six hours. When you get there, you see somebody for about 10 minutes. And maybe they give you meds, or maybe they try to hospitalize you. And if you're worried about food, and rent, and kids, or any anything else … I just I don't know how people are doing it, and I don't think they are. I think that's the truth.” 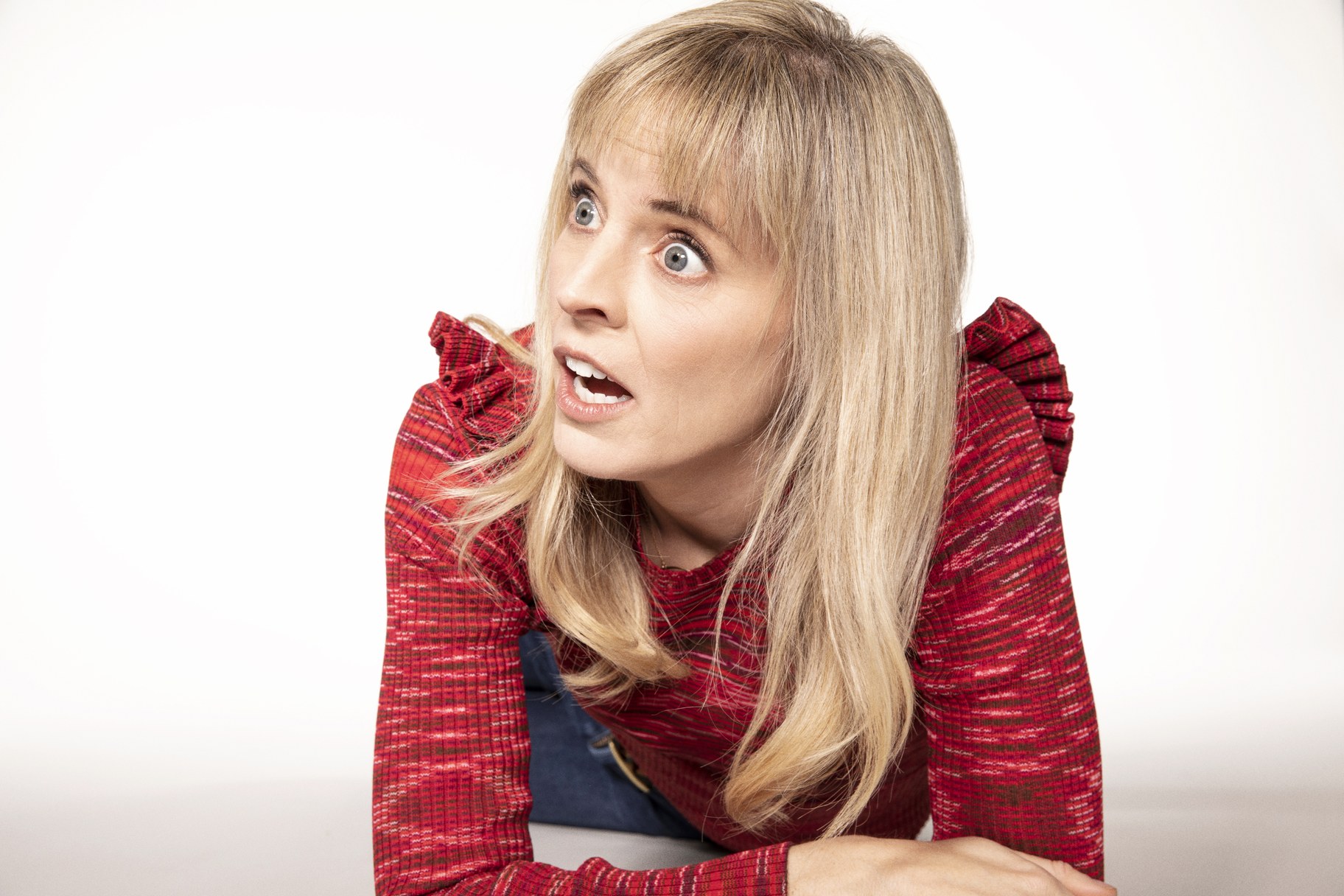 Bamford’s episode with Bloom also covers medication, which still has a kind of stigma around it.

“It's very embarrassing. There are all these -- guilt of like somehow you didn't work hard enough … and that you shouldn't be on meds, that meds are a weakness thing,” she says.

Bamford says meds affected her energy levels: “It does get me down in terms of I wish I had more energy. I had to drop out. I was on a reality show called ‘Worst Cooks Celebrity Edition.’ …  It was 18 hour days, and something I probably used to be able to do when I was not on meds or these particular meds. And I had to drop out of the show after three days because I couldn't keep up. … So it was embarrassing to drop.”

What about the effects of meds on her creative process? She says, “It just slows everything down. And I don't know if my work has suffered. I'm inside of it, so I don't I really know. I believe it's eight years now [that] I've been on the same meds.”

What has Bamford learned through interviewing people on her show?

She says, “I think that experience of -- I look at somebody from the outside and I think, ‘Oh, they've got all the answers, and they feel a sense of calm and purpose in their life’ … but to be with the human being and to go, ‘Oh, okay, we're all just trying to figure it out, that I don't have to be perfect to participate,’ ”

Her guests’ openness has been a highlight too. “People do want to share their own foibles and experiences and want to help others. I think that's what I've learned. I hope that's good enough,” she says.

Ken Starr and Alan Dershowitz: What they mean for Trump’s legal strategy

Kenneth Starr was the independent counsel who led the investigation into President Clinton that resulted in his impeachment. Starr is now part of President Trump’s defense...

Comedian Maria Bamford is trying to shatter the stigma around mental illness with her new talk show “What’s Your Ailment?!"

‘Dolittle’ is more of a disaster than ‘Cats,’ critics say

MLB cheating scandal: What does it mean for the Dodgers going forward?

The Major League Baseball cheating scandal is getting bigger and weirder. Three team managers were fired this week. There are reports of players banging on trash cans and...