“[I] really just want to channel the fact that I love to make music. That is where it becomes cathartic and interesting and exciting and a passion, and not just like work,” says Lindsey Jordan. Photo by Tina Tyrell

When singer-songwriter Snail Mail’s (Lindsey Jordan) first album debuted in 2018, Rolling Stone magazine called it “the work of an indie rock prodigy.” Jordan was attending a Maryland high school when she signed her first record deal, and was 18 years old when “Lush” came out. Her debut made several best-of-the-decade lists, and now her sophomore album, “Valentine,” comes out this Friday.

Jordan, now age 22, tells Press Play that she’s still reacting to all the attention she’s been getting at such a young age.

“It all happened organically and quickly. So we went from being a house show band and a band that was booking our own tours using Facebook groups and stuff — to pretty quickly doing all this press … and talking to managers and talking to agents. And we were like, ‘What do we need a manager for and all this stuff?’ I guess you could say it kind of went to my head a little bit as a teenager, but  it was also pretty intimidating.”

She worked on a world tour after graduating high school. She says it was jarring to perform on stage, and the strangest memory she had from that time was playing a sold-out show in Jakarta, Indonesia, and the audience sang along.

“It's an insane feeling … having people buy tickets and know the words and stuff. It happened so quickly. And I definitely didn't expect it. ... I couldn't begin to have imagined it when I was recording ‘Lush.’ So I guess I have so much pride about everything, and it is a really beautiful experience.”

She says her second album is partly a romantic one, and “Light Blue” is possibly her only song that’s totally about being in love.

“No anger, no sadness, no bitterness, no jealousy, it's just straight-up that's a love song,” she explains. “And there are definitely songs on there that are coming out of a place of pure love. But ‘Valentine’ is sort of about falling in love, losing it, and kind of just the discovery process and the grief process of realizing that love is messy and dirty and angry sometimes.”

She says people tend to associate the word “Valentine” with innocence, purity, and childhood notions of hearts and candy. “The fact that the record is coming from kind of a disillusioned point of view, I think almost makes that even more heartbreaking.”

The lyrics for her song “Ben Franklin” include “post-rehab, I've been feeling so small, I miss your attention, I wish I could call.” Jordan was in rehab last year, and she says she’s doing great now.

“There was definitely an intention there with the most kind of dramatic solution of all, to kind of get me to a place where I was able to do this — fully tour the record, being in a clear enough headspace to finish the record, do the press thing. The gauntlet, I think, to be done in a way that's healthy, and for the quality of life as a musician to be good, I think having a clear head is actually really important.” 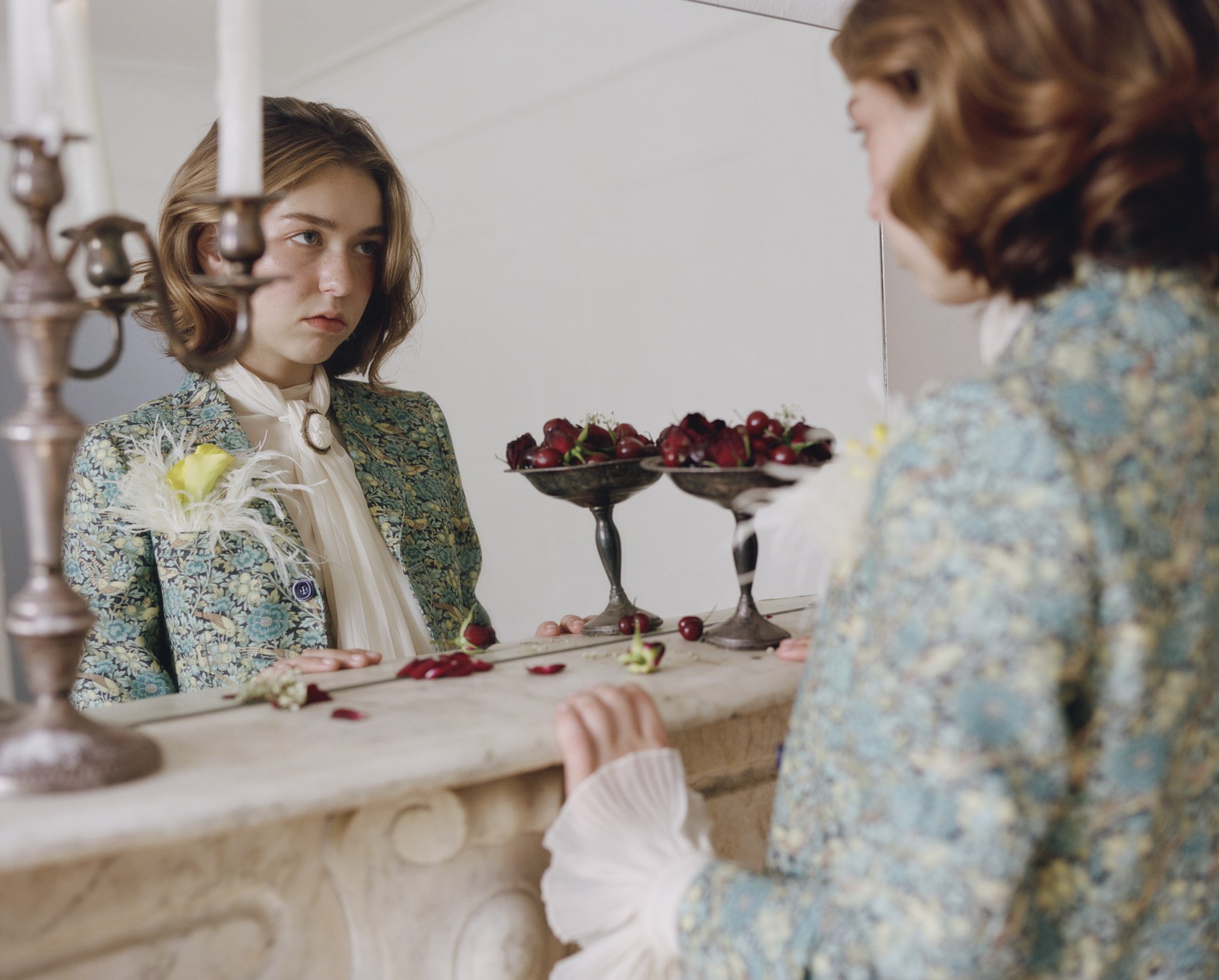 “The gauntlet, I think, to be done in a way that's healthy, and for the quality of life as a musician to be good, I think having a clear head is actually really important,” says Lindsey Jordan. Credit: Tina Tyrell.

She says she couldn’t listen to music while in rehab because she didn’t have her phone. “It really put me in this position to be like after 45 days, I was like, ‘Oh my god, I love music so much. And I'm so excited to work on music.’”

She adds, “I think becoming jaded and disillusioned ... was a major fear of mine and a major roadblock to making something that felt good enough to me. … When I'm making music, [I] really just want to channel the fact that I love to make music. That is where it becomes cathartic and interesting and exciting and a passion, and not just like work. So actually it was like the perfect thing. I came out of it [rehab] and was like, ‘Let's make some music.’”