Getting to opening night came with a lot of challenges. The set pieces were stuck at sea due to a major backlog at the ports, so the company had to build a whole new set in 10 days.

“It was kind of an incredible morale boost for everyone in the company to show that no matter what the impediments were ... that we were going to make this happen for our community, for community of artists, and for ourselves,” says Christopher Koelsch, CEO and president of LA Opera.

Being on stage again with an in-person audience feels like a return to normalcy, says Raehann Bryce Davis, mezzo-soprano singer and co-founder of the Black Opera Alliance

“This is the dream. This is what we've trained all our lives to do and what we've been dying to do all of this time. … This was my first time back in a full time, on the big stage with the set and the fire and the excitement,” she explains. “When we rehearse, it's a different show from when there are bodies in the seats. So the excitement was just palpable, and I was so in awe to be able to share music again with people.” 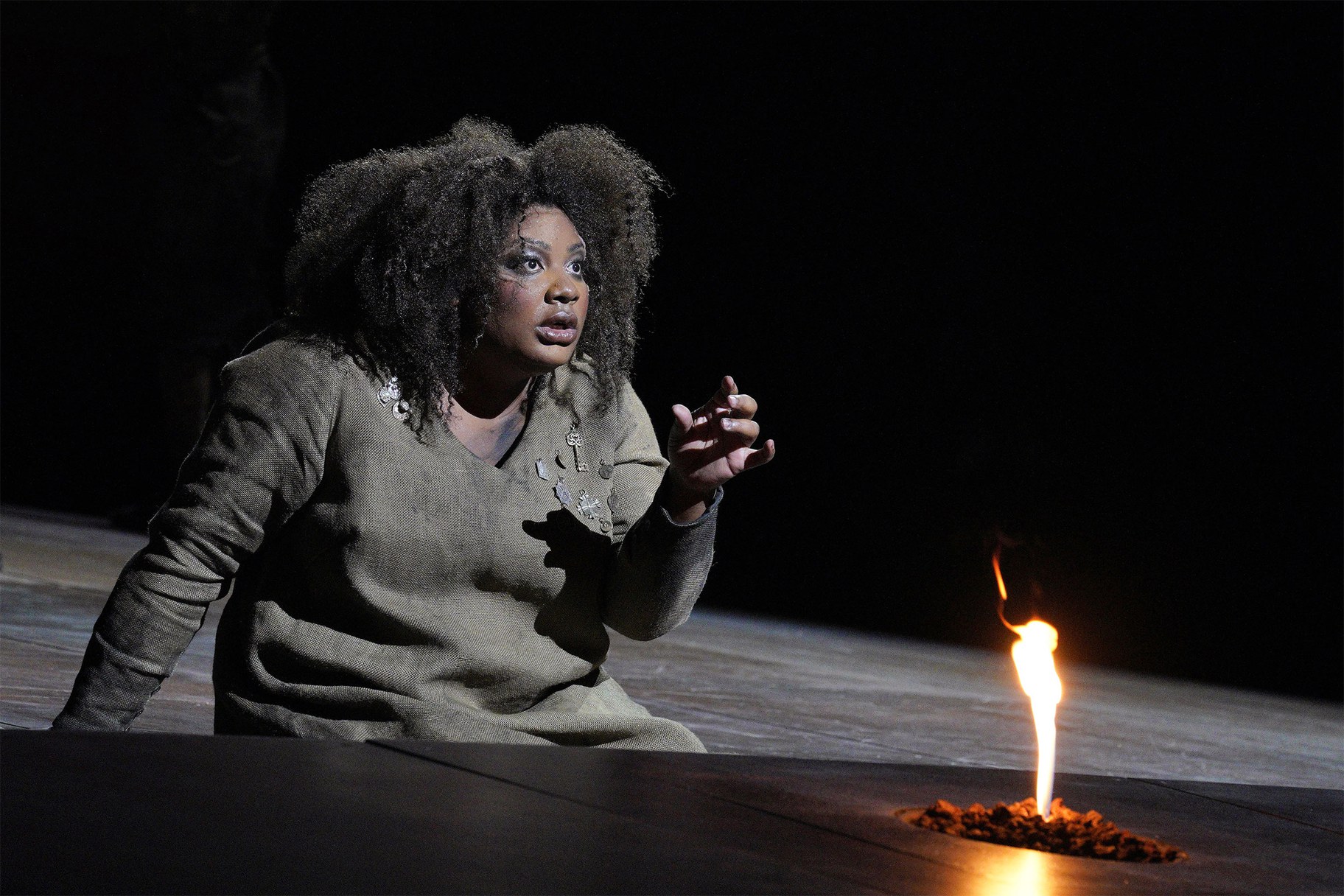 Koelsch adds that having an audience changes the energy on stage. “The thing that we have been missing so much is that ineffable acute exchange of energy. And [in] being robbed of that feeling for 18 months, you have a renewed sense of gratitude for it ... and how much that improves the experience for both the audience and for the artists, and that feeds on each other. It's in dialogue with one another.”

Koelsch says “Il Trovatore” was first slated to run during LA Opera’s 2020-2021 season. The show follows the story of Azucena, the daughter of a woman who was suspected of being a witch and burned at the stake.

Davis portrays Azucena and says, “Her entire mission of her life is to avenge her mother [and] avenge the wrong that was done to her. She was so completely lost in her trauma that she accidentally throws her own child into the fire in an attempt to avenge him — instead of the son of the count who had been responsible for murdering her mother. That is the extent of her trauma.”

She adds that the story focuses on class and race, and is bolstered by the show’s diverse cast.

“Azucena and her Roma community are certainly the have-nots. … You can see the entitled count versus this community that is completely at their mercy, and are striving so hard to do things outside of the law to get that justice,” she explains. “And certainly in our production, you can almost see that more clearly. Because it's such an amazingly diverse cast, we have some of the great Black singers of today.“

Koelsch says that following the racial reckoning spurred by the murder of George Floyd, the LA Opera has worked to reflect the region on stage.

“There's a sense sometimes that these institutions exist outside of a society and are not directly reflective of it. Even [in] an opera company, which is in general looking back at [its] historical repertory ... we have something to say and to contribute to the dialogue around racial inequities, and economic and class inequities in this country.”