Written by Danielle Chiriguayo, produced by Rosalie Atkinson May. 05, 2021 Entertainment The FX drama series “Pose” takes a vivid and emotional look at New York’s drag ballroom scene in the 1980s and 1990s. It also gives a glimpse into the devastation of the early AIDS crisis.

The third season, which premiered last week, takes place in 1994. It was the year AIDS became the leading cause of death for Americans ages 25 to 44.

KCRW talks to the show’s star Billy Porter, who rose to fame through  Broadway shows including “Grease” and “Kinky Boots.”

The Emmy, Grammy, and Tony Award-winning actor talks with KCRW about living in New York during the AIDS crisis, gender identity, and queer visibility in the media.

Losing hundreds of friends from AIDS, parallels with COVID

It wasn’t until COVID-19 lockdowns that Porter says he was able to start processing healing from the grief and trauma he experienced during the AIDS crisis.

“I was completely re-traumatized the first two seasons. I didn't even know I was being traumatized, because I was just so excited somebody was taking me seriously as an actor. It was during the COVID time to take a step back. Everybody was on a break, everybody had to just stop. I was able to look at it from a distance and go, ‘Oh, I have a lot of healing work to do.’”

Unbeknownst to him, Porter’s work on “Pose” paved the way to reflect on when he lost loved ones.

Porter sees the echoes of the AIDS crisis in the COVID-19 pandemic, including how the American government handled each of them.

The political power of “Pose” 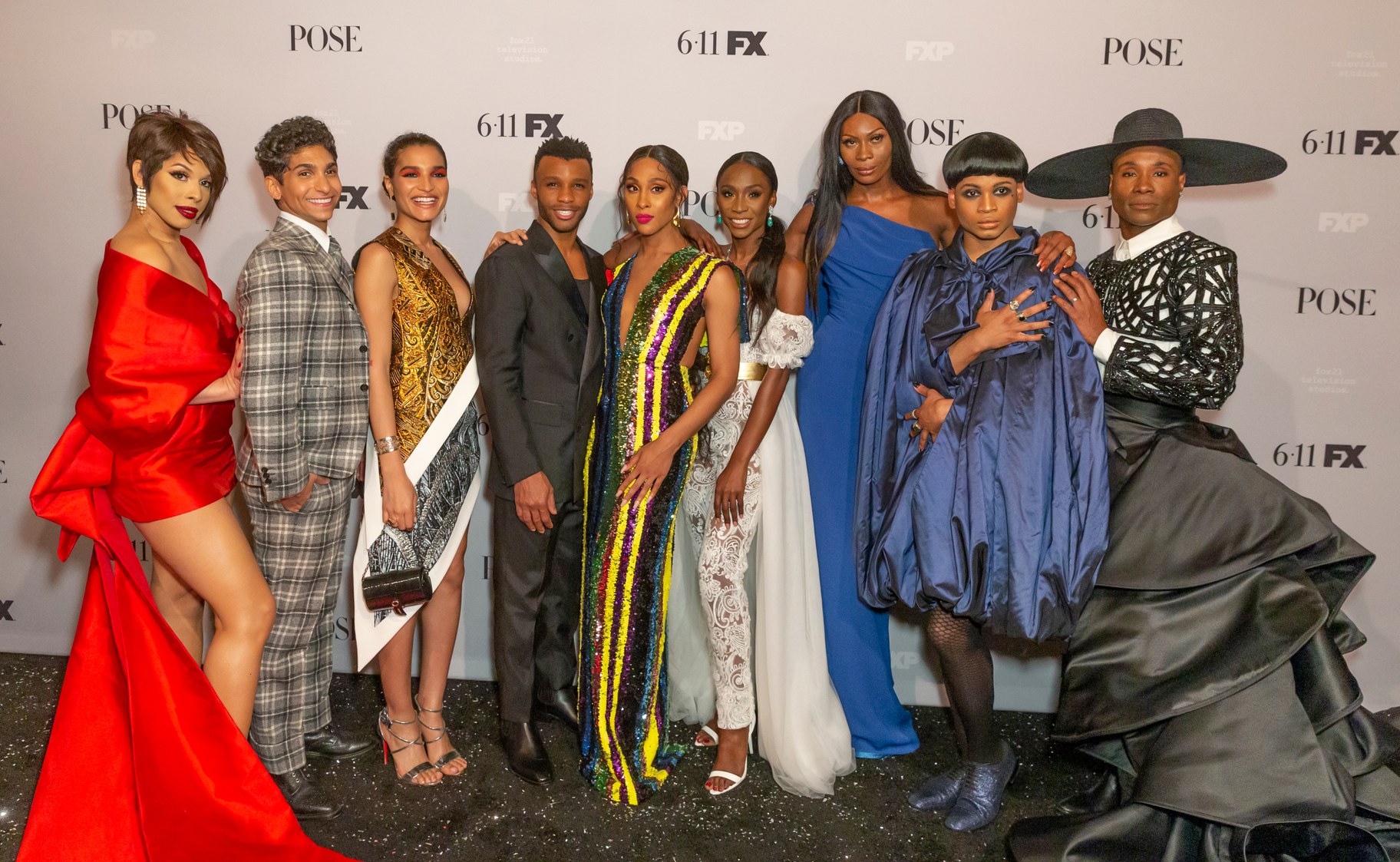 The main cast of FX’s “Pose” attends the premiere of season two at the Plaza Hotel in New York, NY, June 5, 2019. Photo by Lev Radin/Shutterstock.

Porter says he still feels the rage over a government that  isn’t supporting vulnerable communities.

“How many anti-trans bills are going through the government in America right now? We're still legislating people's basic human rights. We still think that's a thing. It's crazy.”

But he points out that political change can be made through shows like “Pose.”

“That's the whole point of art. That's the whole reason it exists. It's only in this time that something like ‘Pose’ can exist because it has to. Art is important. Art changes things. Art speaks truth to power. ‘Pose’ is the antidote for what's going on right now because we need one.”

Porter notes that TV shows like “Will & Grace” and ‘“All in the Family” pushed the needle and helped shift the cultural mindset.

“The vision, the hearts, and minds of people, they're affected by what they see. And when you can see it, it becomes more comfortable. How many Black men played president before there was a Black one? That's not by accident.”

Fashion can be political too

Flowing gowns, skirts, and other traditionally feminine attire is standard fare for Porter. Remember when Porter wore the black Christian Siriano tailored tuxedo jacket over a velvet gown at the 2019 Academy Awards?

He says it’s 100% intentional and 100% political. That’s partly due to a double standard in the media, where women are applauded for dressing in traditionally masculine clothing.

“I need to understand why when women wear pants suits, nobody bats an eye. Lady Gaga can dress up like a full-on man for a Frank Sinatra concert. Literally, pompadour and all, tuxedo, and perform like a man singing Frank Sinatra’s ‘New York, New York’ and nobody bats a friggin’ eye. When women do it, it's considered art. When a Black gay man tries to do it though, I'm perverted.”

In the director’s seat

This summer, Porter is making his directorial debut with the film “What If?” It’s a coming-of-age story about a Black teenaged trans girl. 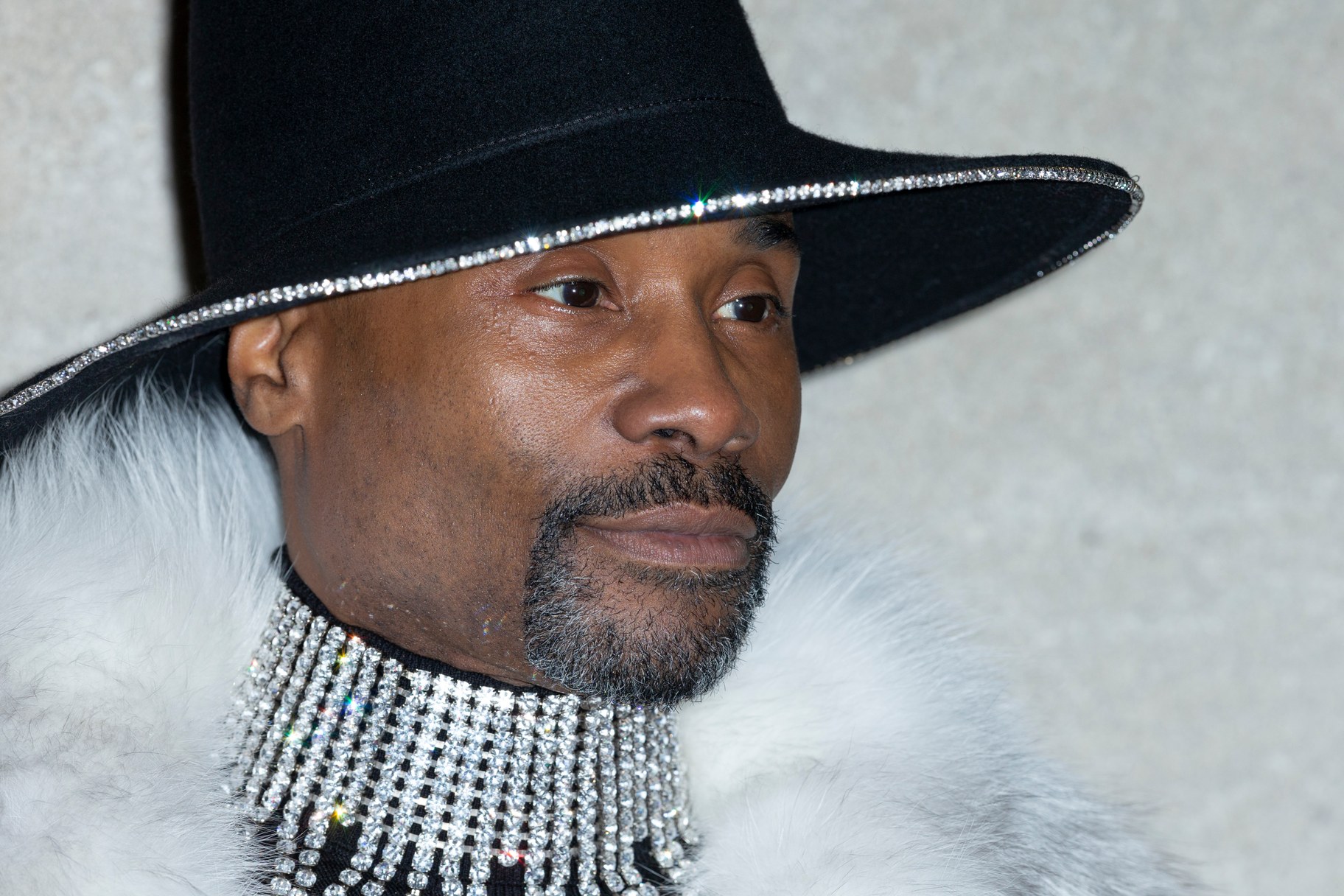