Evacuation center at College of the Canyons. Photo by Anna Scott/KCRW

The Tick fire that started northeast of Santa Clarita on Thursday is up to 4,300 acres and only 5% contained (as of 9:30 AM PT today). Hundreds of firefighters are working on it, and at least 40,000 people have had to evacuate.

LA Fire Chief Daryl Osby said it’s important to get a handle on it before the weekend: “We’re going to have winds blowing through today to the late afternoon, so we’re going to work on containment. That’s important because this evening working into the weekend, we’re expecting a wind shift.”

KCRW’s Anna Scott spent the morning with residents at an evacuation center in Santa Clarita, where some 400 people are staying.

She spoke with Elizabeth Santos, who said she was able to see the Tick fire at 3 AM from her home. She left with her parents and her 6-year-old son. They arrived at the evacuation center at about 4 AM. She said, “It’s -- I won’t say stressful because we’ve seen houses we know burn down. Our friends’ neighbors’ houses are burning down. Ours so far has been okay to go. So it’s more just wait and see.”

Former Marine Joe Brown, his wife, their two sons, and their pet evacuated from their Sand Canyon residence around 3 AM, and arrived at the center around 5:30 AM. “I’m more worried about our home. But more or less I’m happy that we’re all safe, and we’re all together,” he says. 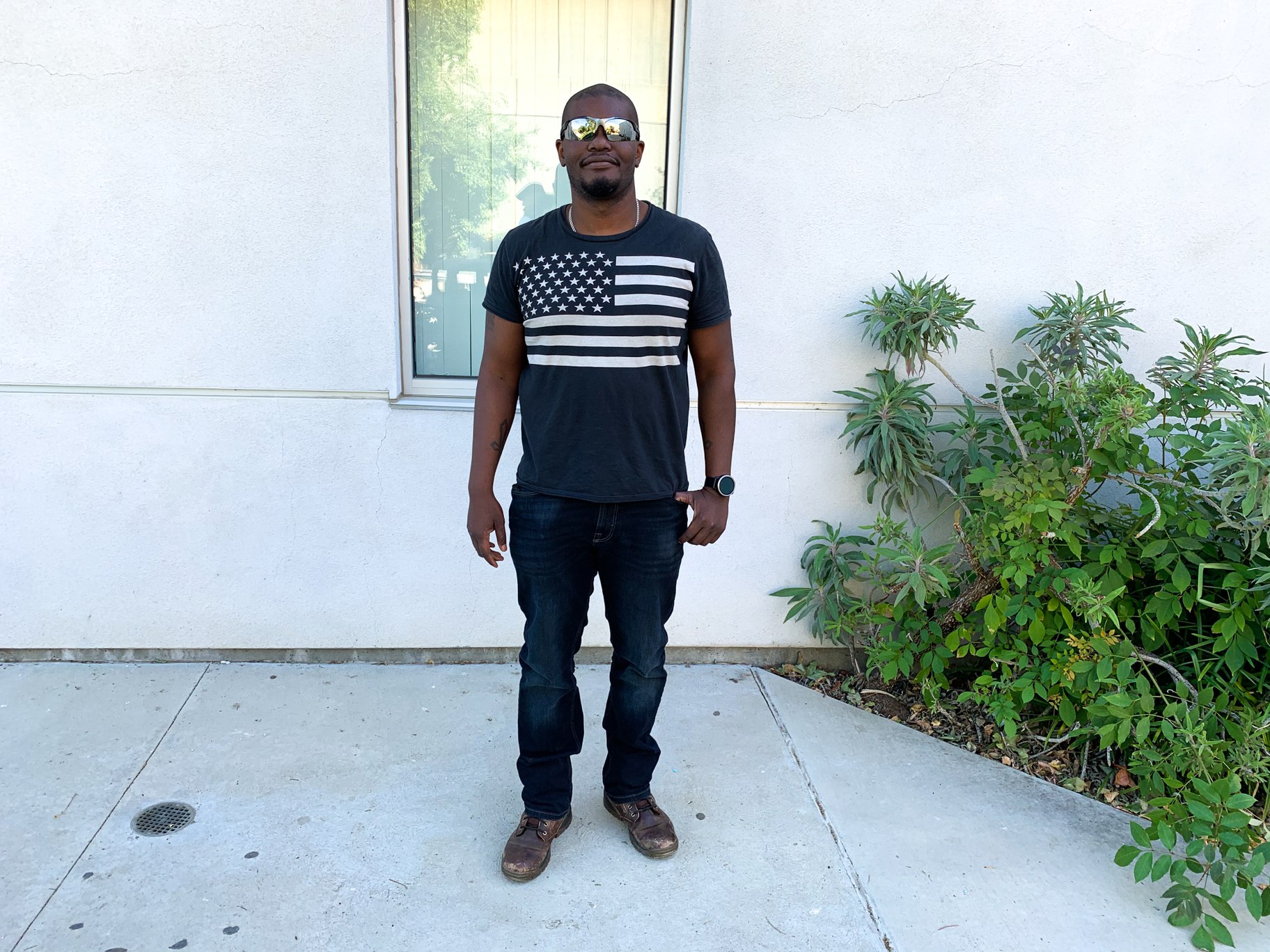 Evacuee Joe Brown, a former Marine who went to the evacuation center at College of the Canyons with his family. Photo by Anna Scott/KCRW

Randy Munyon, a Sand Canyon resident, was notified by his next-door neighbor to evacuate around 4:30 AM. He and his fiance had already started packing the day before. “My advice to people in situations like this: If the fire looks like it’s coming close, at a minimum, start thinking about what you’re going to take. You should start doing that right away because if you try to do it in a panic, you’re going to bring the wrong things,” he says. “So you gotta remember: bring your prescribed medications, clothes for a week or two, important papers. And if you have animals, of course pack them in. That’s basically what we have with us.”

When he arrived to the evacuation center, he ran into his neighbor who just jumped in her car and drove. “People like that are really hurting because they don’t know if they have anything left. At least we’re able to camp for a while. Push comes to shove, if we lose the house, we’ll have to rent for a while before finding something else,” he said.