In Oslo, Norway right now, there’s snow, moose, darkness that begins at 3:30 pm and lasts until 9:30 am. That’s according to Lasse and Ellen Thorkildsen, who live there.

Press Play’s Resident Norwegian and producer, Christian Bordal, says it’s very different experiencing Christmas in a place like Los Angeles, without cold and snow -- the Christmas standard when he was growing up.

“Yeah, it is weird not going outside and crunching through the soft snow; and you know all of the twinkling lights in the snow. And there's something special about that,” he says.

Christmas in Norway starts at the beginning of December with julebord, which are parties that happen all through the month.

“There's a lot to say about the nightlife in Oslo, and in the major cities during Christmas. It's very noisy. Unfortunately at times, there’s too much to drink,” says Lasse Thorkildsen.

Ellen Thorkildsen says the most important day of the celebration is Christmas Eve, not Christmas Day. “Christmas Eve is a big family gathering, and the main meal, and when we get all the presents...On Christmas Day, we just relax. We have a lovely long lunch with all the leftovers from Christmas Eve.”

There’s special food too. Pinnekjøtt is dried, salted and smoked sheep ribs. You soak them in water for up to a day (to remove the salt and smoke), then steam them for a couple of hours. 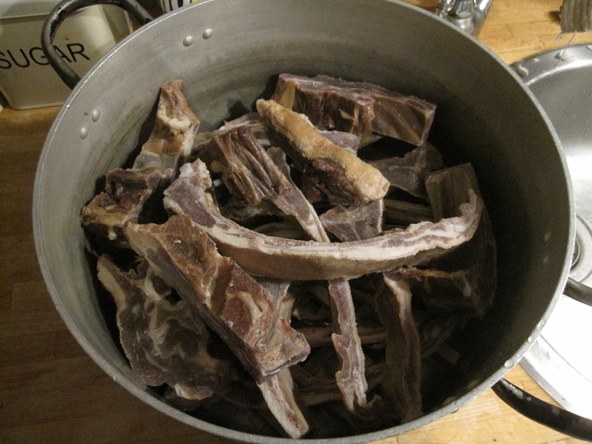 Lutefisk is a fish that’s been preserved in lye (which is poisonous, BTW).

“Norway has these long winters. And back when there was no refrigeration, they would keep things in lye, like this fish. But then once you take the fish out to eat it, you have to rinse it really thoroughly. And it turns into this gelatinous substance that doesn't look very fish-like, and that stinks,” describes Bordal. 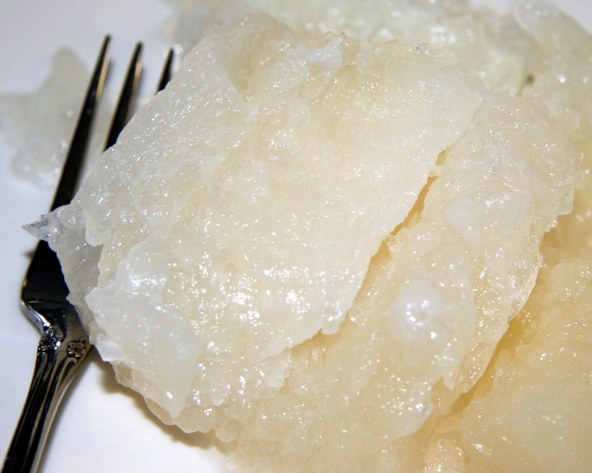 A fork next to a serving of lutefisk at a Norwegian celebration.
Photo credit: Jonathunder/CC by 2.0.

But Ellen Thorkildsen says the lutefisk looks like a lot better now -- compared to when Bordal used to live in Norway. “They treat it differently. And it actually looks like cod fish. And they serve it with heaps of bacon and puree. So the lutefisk is not as horrible as it used to be.”

Lasse Thorkildsen says what really stinks is rakfisk -- raw trout. Despite the bad smell, the Thorkildsens insist that lutefisk and rakfisk are very tasty.

“It’s lovely food. But the important thing is: 1) the ingredients, 2) what you drink with it. Akvavit is an absolutely essential ingredient,” says Lasse Thorkildsen.

Risengrynsgrøt -- rice pudding -- is what kids look forward to. Bordal says the night before Christmas Eve, they have a big bowl of rice pudding with one almond that’s put in there. Whoever gets the almond receives a little marzipan pig as a prize. 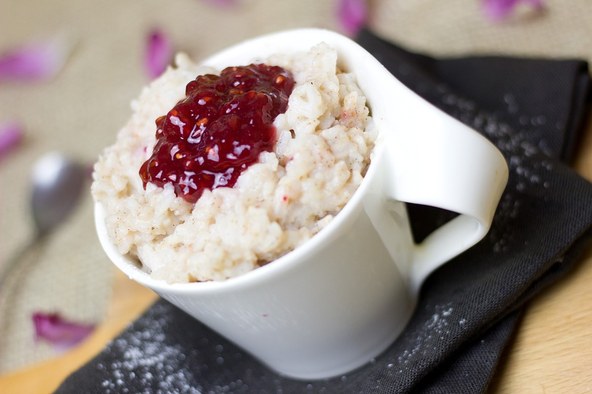 Bordal says one of his favorite memories as a kid was the advent calendars. “In Norway, the advent calendars are really elaborate. And my grandmother made my advent calendar for me out of matchboxes. And she painted it...And she sewed little pearl handles on each of the matchboxes, so you could pull them out. And she would put in there little chocolates, or a little gift or something. Sometimes...there would be a little note in there that would send me on a scavenger hunt.”

One of Bordal’s own kids inherited the advent calendar that his grandmother made. And his wife made an advent calendar for their other child. “Those advent calendars were just a lovely memory of Christmas that I have. I know that's true for most Norwegian kids. And in fact, they've become even more elaborate, I would say, since I was a kid,” he says.

Norway’s version of Santa Claus is a Nisse, who brings gifts. There are lots of different kinds of Nisse.

“This goes back to the farming days. On the farm, these Nisse were supposed to help look after the animals, and make sure the grain kept dry… And if you took care of your Nisse by putting out a little food for them, then they would keep doing that stuff. But if you didn’t take care of them, they were really vengeful,” says Bordal.

And to say Merry Christmas in Norwegian: God Jul. 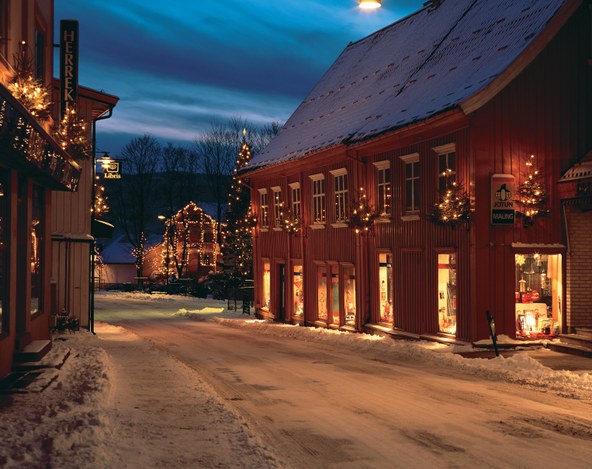 Washington is in crisis over budget and Mattis’ resignation

President Trump is predicting a partial government shutdown if he doesn’t get $5 billion to build his border wall. Lawmakers have until tonight to pass a bill to keep the...

Glenn Bray stumbled across the work of Polish sculptor Stanisław Szukalski in a Hollywood bookstore 50 years ago. Bray was a comic book collector in his early 20s. A few...

Emily Blunt gives A+ performance in ‘Mary Poppins Returns,’ a B- movie

Written by Amy Ta, produced by Christian Bordal In Oslo, Norway right now, there’s snow, moose, darkness that begins at 3:30 pm and lasts until 9:30 am. That’s according...