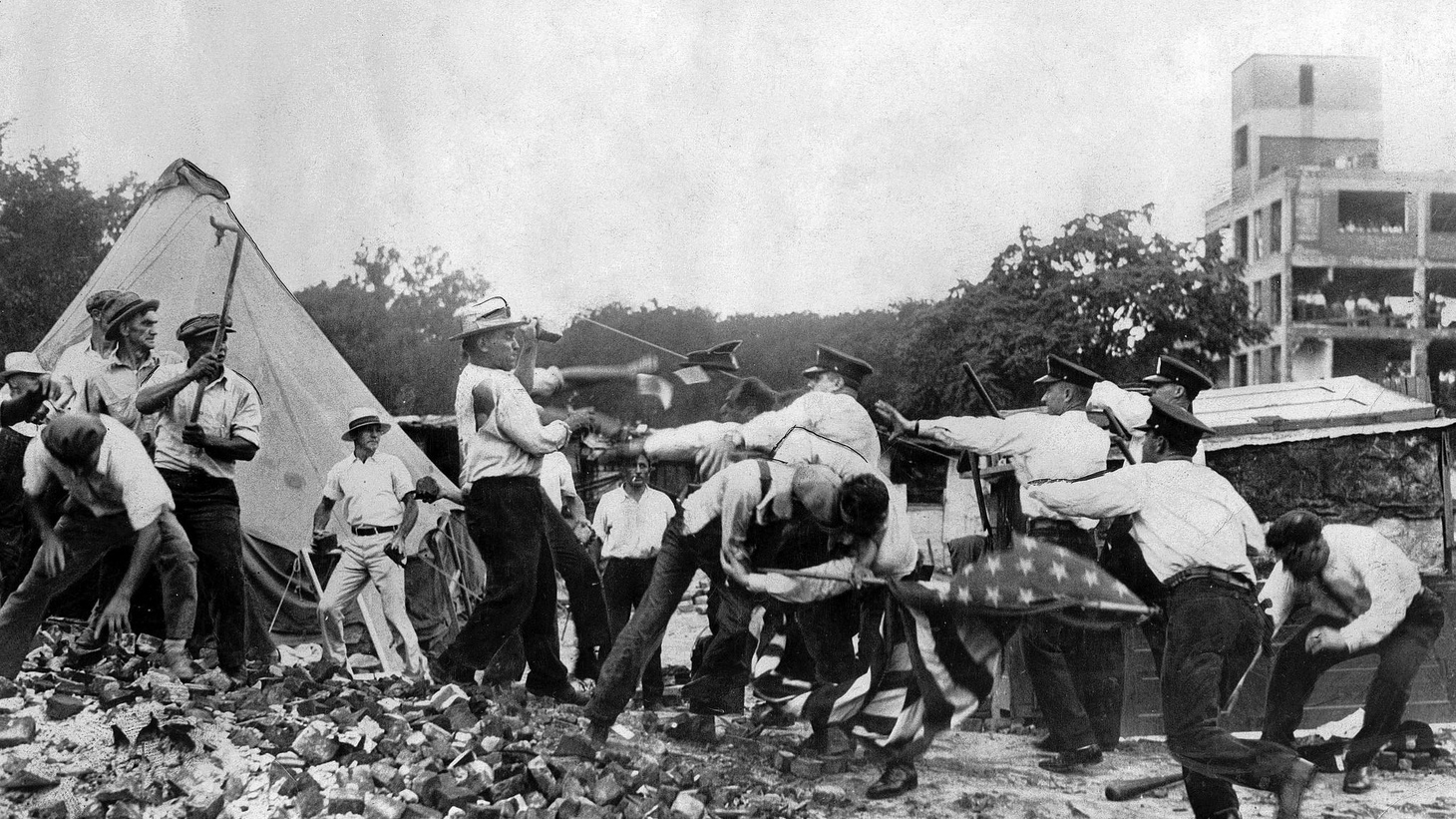 In Washington D.C. in 1932, the unpopular and embattled first-term president desperately hoped to keep the White House during that election year. Tens of thousands of protesters descended upon the nation’s capital during the worst economic crisis the U.S. ever saw. The protestors were World War I veterans. They served the country and were promised a decent salary — a bonus to their low military wages. But they didn’t get it, and this was during the Great Depression. The soldiers, known as the “Bonus Army,” mounted a massive sit-in near the Capitol, which set the stage for a big change in American politics.

“Many of them don’t have homes, they have no money, they have no food, and they had no plan but to just change things up,” says writer Mike Schlitt.

Why Mt. Wilson matters, as the Bobcat Fire burns near the observatory

What Angelenos lose if the Mt. Wilson Observatory burns down

Flames from the Bobcat Fire have come within 500 feet of the Mount Wilson Observatory, which was once the world’s largest observatory. Billions of dollars worth of other...

‘Solastalgia’ and the psychological effects of natural disasters

“Solastalgia” is the anxiety and despair many people are currently feeling about the changing climate and the damage it’s causing.

For months, San Diego County had the lowest COVID-19 case rate in Southern California. Now it’s backsliding. The case rate has gone up, thanks in part to nearly 700 positive...

In Washington D.C. in 1932, the unpopular and embattled first-term president desperately hoped to keep the White House during that election year.

“Tenet” and “Mulan” had disappointing openings, despite having very different release strategies. Now the release of “Wonder Woman 1984” is pushed.