Blue skies and blue whales are part of greater Santa Barbara’s reputation - but both are threatened by container ships that speed through the Santa Barbara Channel.

Despite significant air quality improvement over the last decades, air quality along some areas of the coast still dip below state and federal air quality standards for ozone.

Part of the reason is that the channel serves as an ocean freeway for cargo coming from Asia leaving the coast of Ventura and Santa Barbara to host to around 2,500 trips every year. And the faster those ships travel, the more pollution they emit. It’s estimated that they produce up to 35% of all the ozone found onshore. 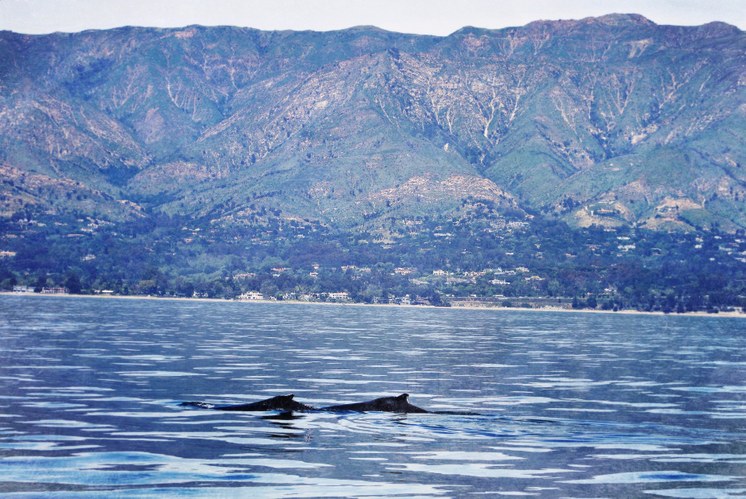 A mother and calf humpback whale feed off Summerland. Photo by Carolina Starin/KCRW

These ships have another downside as well - striking, and, sometimes, killing whales.  Last year, ten whales died after ships struck them along the California Coast. That’s the highest number on record in the more than 35 years that NOAA has tracked it.

Five of those were an endangered or threatened species of blue, fin or humpback whale. Often these container ships are so large that they do not know when they have hit a whale. 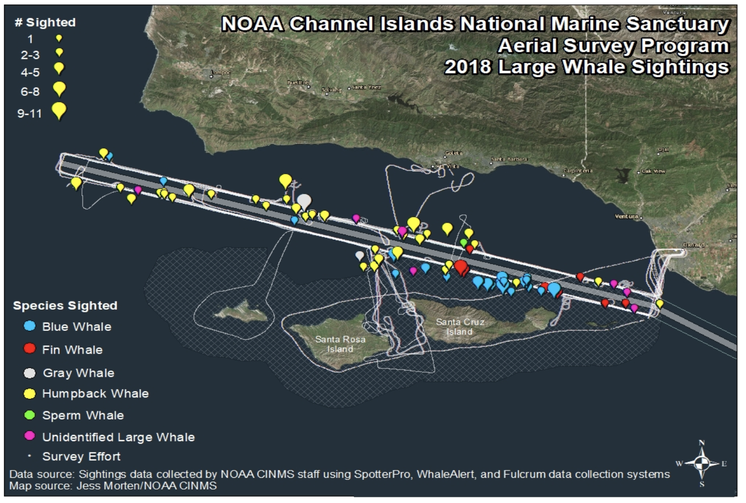 In response, Air Pollution Control Districts and NOAA started a program five years ago called the Vessel Speed Reduction Program to try to mitigate both of these problems. The program focuses on getting these ships to slow down in the channel during the spring months when migrating whales come to feed. Additionally, slower speeds means less pollution for coastal cities during peak smog months. 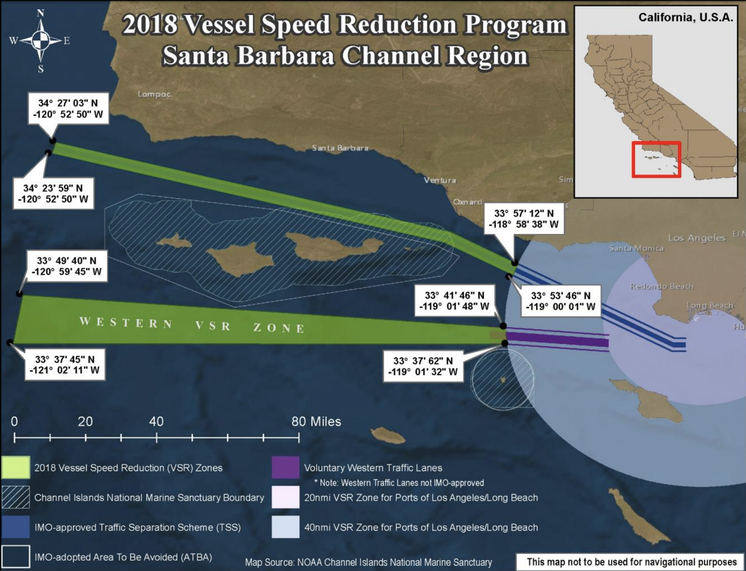 Program administrators say participation has been rising among shipping companies and that the program works. Now they’re looking for funding to keep it going into a 6th year.

The program offers financial incentives to ships that participate as well a positive public relations for those that comply.

As cities along the California coast gear up to meet air quality standards in the future, reducing emissions during the movement of goods will be continue to a primary a target air pollution control officials. 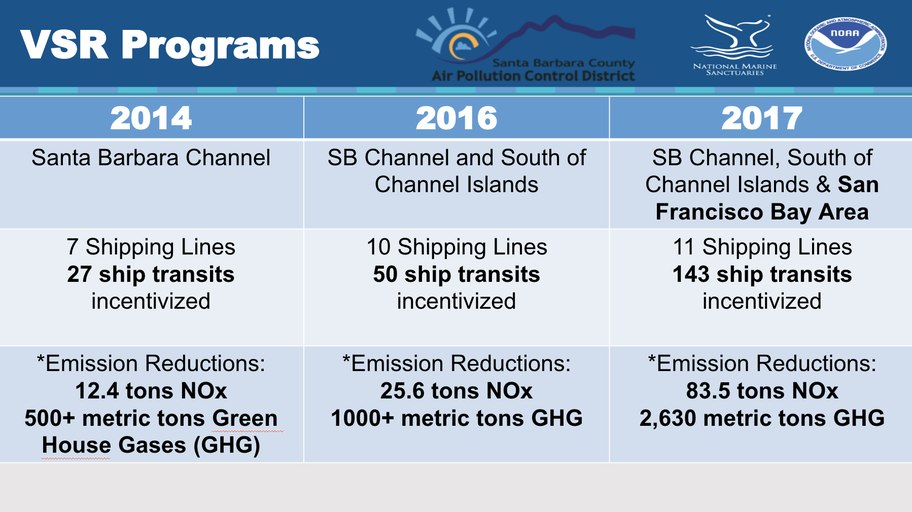 The impacts of the January 9, 2018 mudslides were so devastating that the affected communities band together for a plan to help prevent this from ever happening again.

Blue skies and blue whales are part of greater Santa Barbara’s reputation - but both are threatened by container ships that speed through the Santa Barbara Channel.