Patagonia’s Yvon Chouinard talks his new book 'Some Stories: Lessons from the Edge of Business and Sport' “Life is a lot easier if you break the rules,” says Yvon Chouinard, the founder and CEO of Patagonia. He recalls how his days of being a “juvenile delinquent,” catching fish in the LA River and shooting cottontail rabbits in the San Fernando Valley sparked his entrepreneurial spirit.

Eschewing conformity may also explain how Chouinard made a name for Patagonia as a socially-minded retail company that consistently engages in advertising campaigns meant to dissuade its customers from buying its products. 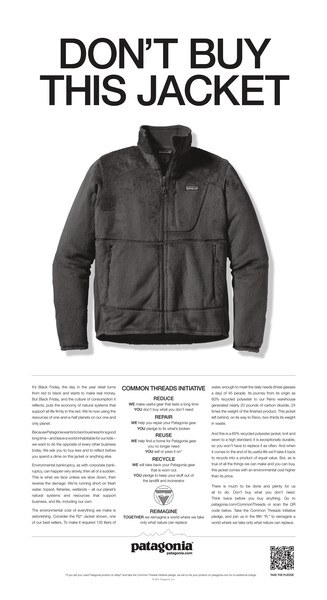 The “Don’t Buy This Jacket” ad ran about Patagonia’s partnership with customers to take mutual responsibility for the full life of its products. The concept covered the consumption, repair, reuse and recycling of Patagonia garments. Photo credit: Patagonia.

“We say, don’t buy this jacket from us unless you need it,” says Chouinard of his unorthodox marketing strategies. “But even if they buy it because they are bored, hopefully, they buy it from us because we have taken as much effort as possible to make it responsible.” 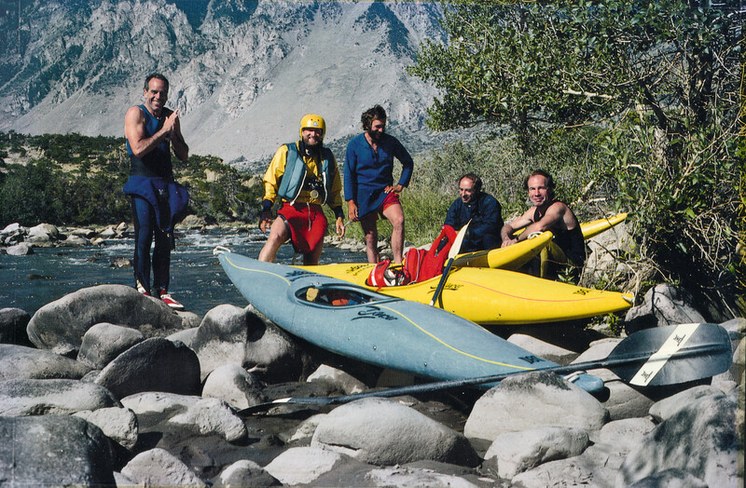 Some of the ‘Do Boys’ after a three-day descent of the Clarks Fork of the Yellowstone River. Doug.Tompkins, Rob Lesser, John Wasson, Yvon, and Reg Lake. 1986. Photo credit: Rob Lesser Collection.

In his new book, “Some Stories: Lessons from the Edge of Business and Sport,” Chouinard talks of the “golden era” of rock climbing, white water kayaking, surfing and telemark skiing, and how his early days exploring the wilds with his handmade equipment shaped the kind of products that he would come to sell under the Patagonia brand.

“Any time you go out,” he says, “you’re learning that you need better equipment.” In those days there were no dive shops, so Chouinard experimented with making his own tools and is a skilled blacksmith. He even fashioned his own wetsuits with wool and diving weight belts by using ammunition belts and melting down car batteries for their lead. 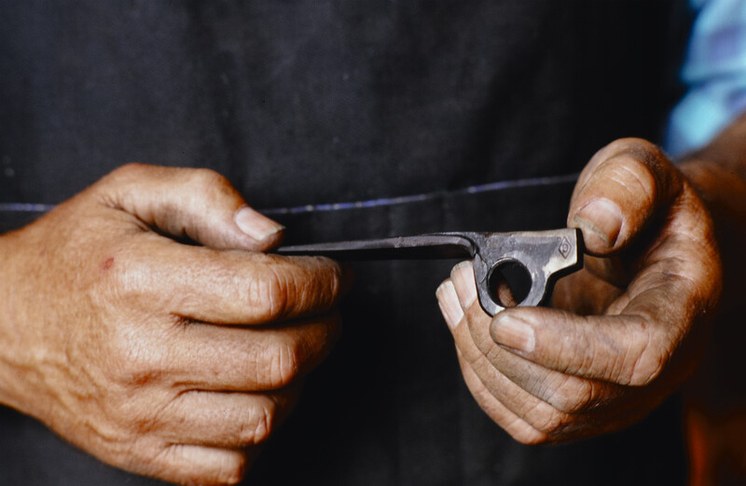 Now Patagonia makes Chouinard’s wetsuits, but he says he still prefers old school ways of exploring nature. “What’s wrong with getting wet once in a while,” he says. “Gear is way over-designed these days and I’m responsible for it.”

Chouinard remembers how in his youth he and his friends would free dive off the shores of the California coast to catch lobsters and abalone. “Southern California was a paradise,” he says while noting that many of the natural outdoor playgrounds of his childhood are now seriously affected by pollution and development. “It’s not just California, I’ve seen deterioration everywhere.” 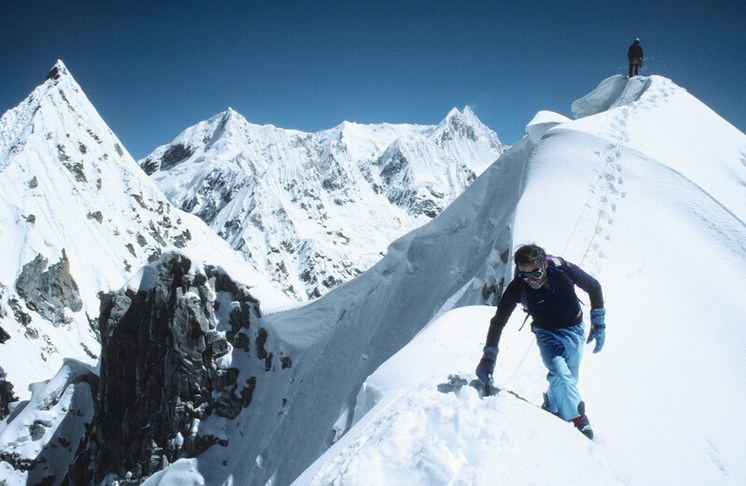 Chouinard descends from the summit of an unnamed and previously unclimbed 20,000-foot peak in central Bhutan. The team had a permit for Gangkhar Puensum, the highest peak in Bhutan, but there were no maps and they ended up in the wrong valley, so they climbed peaks in an area no Westerner had ever seen. Photo credit: Rick Ridgeway.

Despite his concerns for the environmental impact of his brand, Chouinard has spent 46 years strategically growing Patagonia. Last year the company was valued at over $1.5 billion, a figure from which he seemed to shy. He says that the company’s year-to-year growth of 10-15% has been somewhat of an accident and he remains adamant that Patagonia will remain a privately held company. 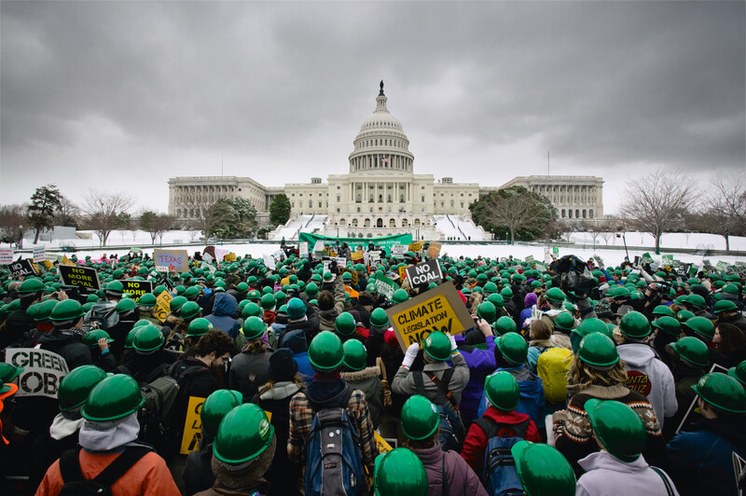 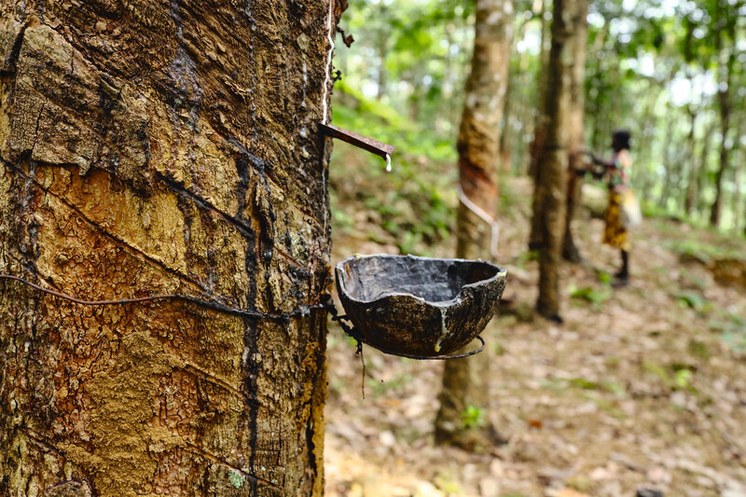 Patagonia wetsuits are made of natural rubber—as opposed to petroleum-based neoprene— which is gathered on Havea rubber farms like this one in Sri Lanka (2016). Photo credit: Tim Davis

“There’s no way we can do what we’re doing by taking the company public,” he says while noting that when the company received a $10 million tax refund, it donated that money to organizations that combat climate change. “If I was a public company I couldn’t do that.”

Patagonia has built a reputation of supporting wild lands and sets benchmarks for its own production cycles. The company has stated that it intends to make synthetic materials out of plants that are recyclable and compostable and it has also committed to being carbon neutral by 2025.

“I’m conflicted about it,” says Chouinard upon reflection of his years of making retail clothing that inevitably has some level of environmental impact. “But, I stay in it now because I feel like this is the resource I have to do some good.”

Yvon Chouinard, founder of Patagonia, talks about his life lessons in new book

Patagonia’s Yvon Chouinard talks his new book 'Some Stories: Lessons from the Edge of Business and Sport'

“Life is a lot easier if you break the rules,” says Yvon Chouinard, the founder and CEO of Patagonia.

If you’re looking for a taste of Rome paired with chilled wine, a cool ocean breeze and a Southern California sunset, then Caruso’s might end up being your favorite summer...