Wanna toke in Denver? You better have a place to do it. Pot smokers living in one of the 23 states and the District of Columbia, where recreational or medical marijuana is legal, will tell you just how ironic this is. Marijuana is legal but smoking in public is not. With pot tourists lighting up in alleys and bathrooms in public parks the city is starting to consider whether pot should be allowed in venues like bars and clubs. 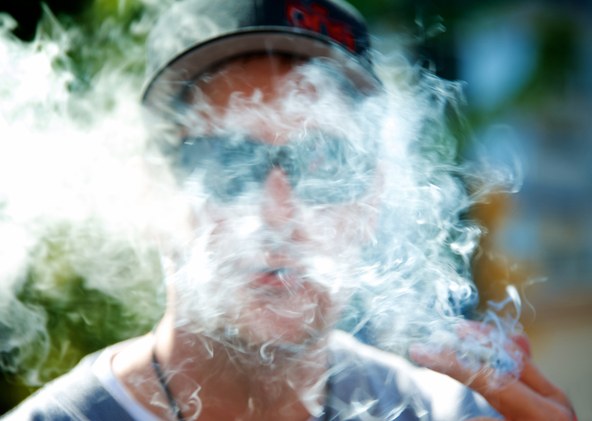 Now advocates in Denver, traditionally at the forefront of the legal pot movement, are trying to get marijuana a toe in the door of a few 21-and-over public venues. But even that is contentious, as we hear from Ricardo Baca, the marijuana editor at the Denver Post, where he writes The Cannabist blog.

Trains Filled with Refugees Are Halted in Hungary

Today, authorities in Budapest, Hungary halted all international trains out of the capital after refugees and migrants rushed the cars. In recent days, more than two...

Dental Surgery. Divorce. Decapitation. There are few things that are as painful as paying for college. With average student debt at $30,000 and the cost of college growing...

Wanna toke in Denver? You better have a place to do it. Pot smokers living in one of the 23 states and the District of Columbia, where recreational or medical marijuana is...