At last count, there are at least 21 million people currently displaced from their home countries, and nearly five million of them are Syrian. The reception Syrian migrants receive has been hot and cold to say the least. Greece shipped desperate migrants back to Turkey; Denmark confiscated their valuables; and here in the U.S. 5,000 refugees have been accepted for resettlement ­­ but not without becoming a heated political debate about protecting the nation from terrorists.

In Canada, the problem is the opposite. The Canadian government has too many citizens who want to sponsor Syrian refugees and invite them into their homes. Jodi Kantor is a Correspondent for the New York Times and wrote the feature story about this in the paper today. 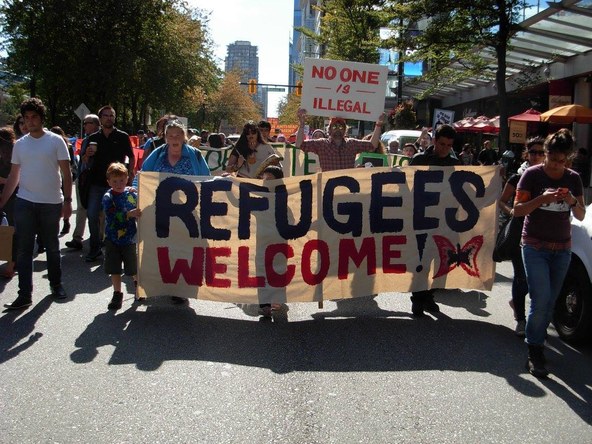 "No One is Illegal" march in Toronto, Canada
Photo courtesy: No One Is Illegal

Turkish police have conducted raids and detained more than 22 people in connection with Tuesday’s suicide attack at Istanbul’s main airport, which killed at least 43 people,...

At last count, there are at least 21 million people currently displaced from their home countries, and nearly five million of them are Syrian. The reception Syrian migrants...