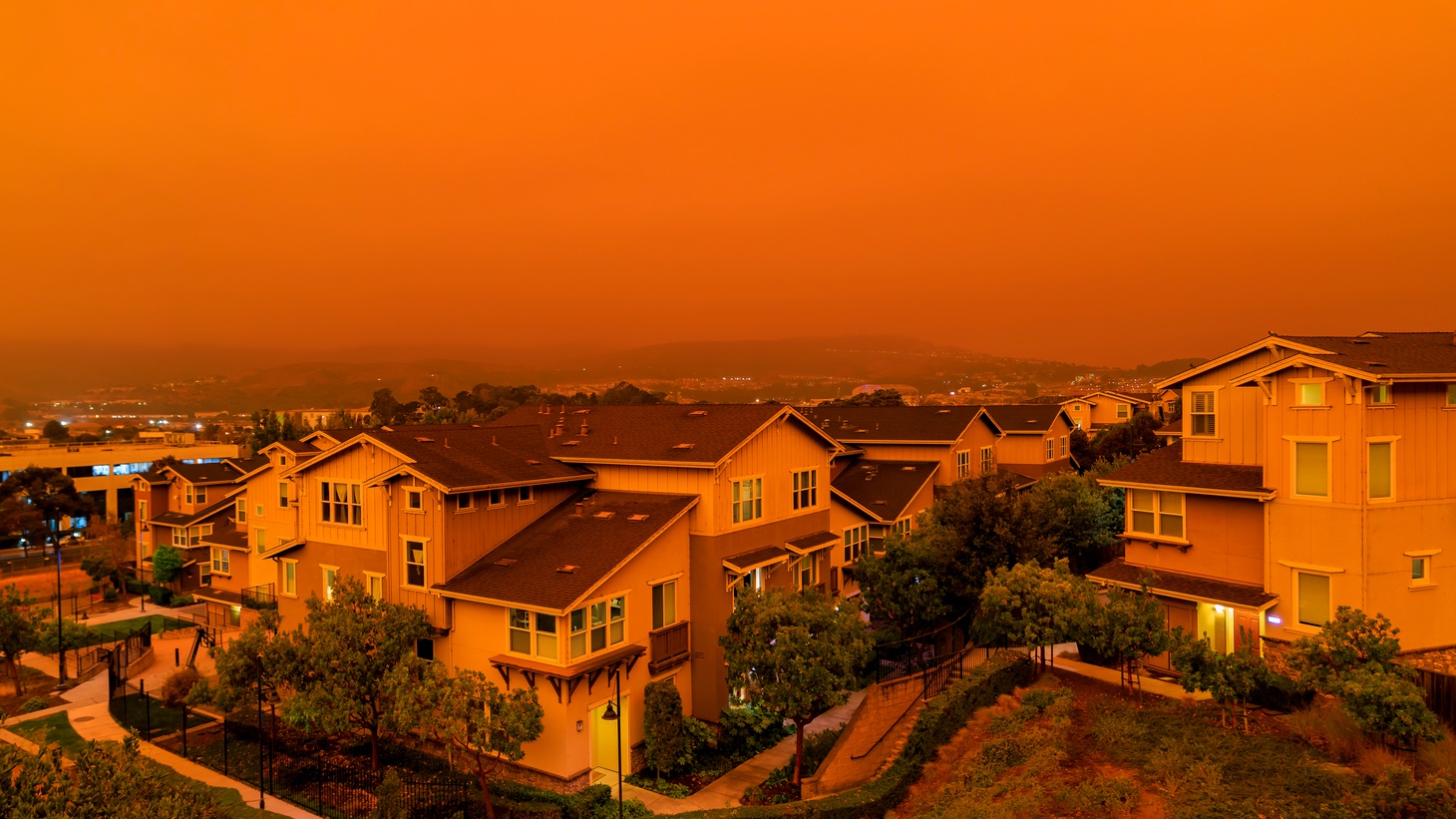 A thick orange haze of ash and smoke — from record wildfires in California — covers a neighborhood in San Francisco on September 9, 2020. Photo by Shutterstock.

Assembly Speaker Anthony Rendon says the state of California has lost its leadership role in the fight against climate change.

“[Our] cap-and-trade program has probably been our landmark proposal here in California, and we established aggressive 2030 goals. But even there, in terms of reducing our emissions by 40% — below 1990 levels — we're not on track to do that.”

He also believes Governor Newsom couldn't make headway as his attention was diverted to several crises, including an unsuccessful recall attempt.

“Whether it's offsetting or breaking from our antiquated fueling sources, we still have fallen short on a lot of policy areas. … I know [Newsom’s] long-term goals include wanting to focus on climate and clean air, and I know he's going to do that in the future.”

Earlier in the episode, while the January 6 insurrection to halt the certification of the electoral vote in the 2020 presidential election was unsuccessful, many Republicans have since denied, minimized, or normalized the legacy of the attempted coup, specially in right-wing media circles.

Angelo Carusone, the president for Media Matters, calls the conservative broadcast organizations “a petri dish for a whole range of conspiratorial and extremist attacks.” The head of the progressive media watchdog fears some of the inaccurate and fear-mongering comments may “make their way up the food chain and reverberate back through the rest of the right wing echo chamber.”

Meanwhile, the investigations into the insurrection by a House select committee and the Justice Department appear to be picking up steam. However, there’s a fear of another failed attempt to hold the Capitol rioters accountable.

“I'm worried that we're setting ourselves up for a trap — the same trap that we fell into with the [Robert] Mueller investigation,” says Quinta Jurecic, managing editor of Lawfare and contributing writer to the Atlantic.