FCC to vote on rolling back net neutrality regulations 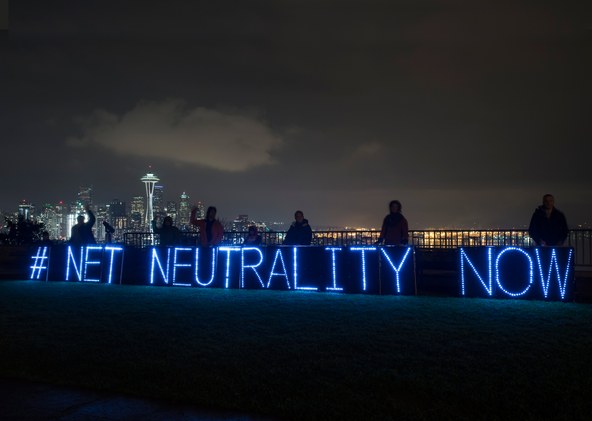 Currently, broadband transmission is classified as a "common carrier"—subject to government oversight. Tomorrow, the Federal Communications Commission is scheduled to begin the process of letting phone and cable companies police themselves. That would mean the end of what's called "net neutrality." Craig Aaron, president and CEO of Free Press, an independent group that advocates for press freedom, diversity in media and supporting net neutrality, considers what the vote could mean to consumers.

President Trump delivered today's commencement speech to the Coast Guard Academy in Connecticut. As he praised the accomplishments of the graduates, he listed some of his...

FCC to vote on rolling back net neutrality regulations

Photo by Backbone Campaign Currently, broadband transmission is classified as a "common carrier"—subject to government oversight. Tomorrow, the Federal Communications...