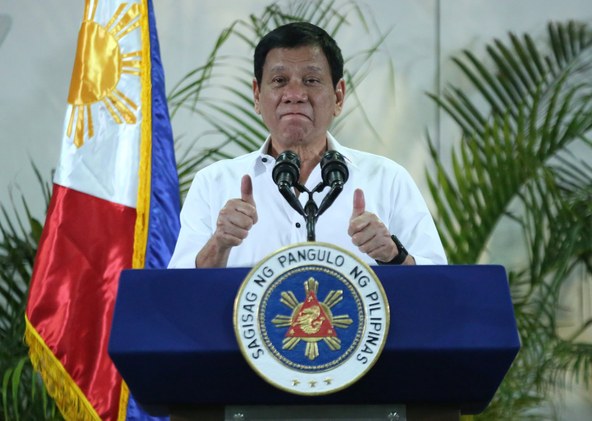 Speaking to a group of Filipino workers returning from overseas a year ago, the president of the Philippines, Rodrigo Duterte, told them, "If you lose your job, I'll give you one.  Kill all the drug addicts."  In June, he said, "If you know of any addicts, go ahead and kill them yourself as getting their parents to do it would be too painful."  Some eight or nine thousand Filipinos have died in extra-judicial killings. Now, President Trump has invited Duterte to visit the White House, after a phone call described as "warm" by Trump's aides. Phelim Kine, deputy director of the Asia Division of Human Rights Watch, considers the controversial invitation.

Free speech and the ideological fight for college campuses

Congressional leaders of both parties have agreed to a $1.1 trillion spending program. According to Bloomberg, it "largely tracks Democratic priorities and rejects most of...

Ann Coulter: Now you see her… now you don't

Ann Coulter is a right-wing provocateur who was scheduled to speak last week at UC Berkeley, where the "Free Speech Movement" began in the 1960s. University officials say...

President Rodrigo Duterte Presidential Communications Operations Office Speaking to a group of Filipino workers returning from overseas a year ago, the president of the...