The US is warming up to Saudi Arabia 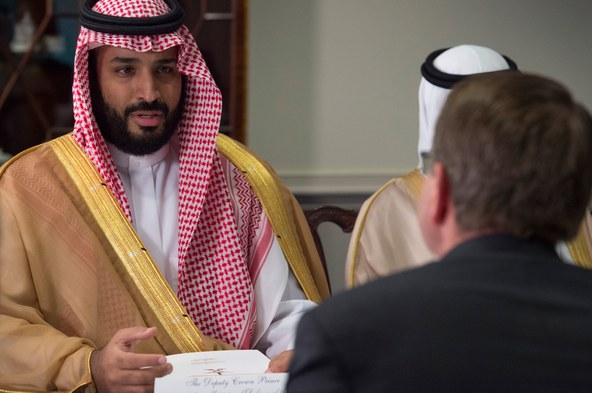 President Trump didn't shake hands with German Chancellor Angela Merkel last week – at least in front of reporters in the Oval Office, but he did provide that courtesy to another visitor: Saudi Arabia's 30-year-old Deputy Crown Prince, Mohammed bin Salman. Afterwards, the Saudis called the meeting a "historic turning point," and supported the President's travel ban. Bruce Riedel, senior fellow at the Brookings Institution where he directs the Intelligence Project, says the Saudis are experiencing a historic first, both with the Trump Administration and within their own government.

Getting answers on phone taps, Russia and leaking

Republicans in the Senate never allowed a vote on President Obama's appointment of Merrick Garland to the US Supreme Court. Democrats have not forgotten. That was clear...

Director James Comey told Congress today the FBI is investigating claims that the Trump campaign coordinated with Russia – and firmly denied the President's accusation that...

The US is warming up to Saudi Arabia