Mega Mall Planned in Miami-Dade Would Dwarf Mall of America Minnesota's Mall of America has been the last word in American commercialism run wild, but it will be dwarfed by a new development underway in Florida. 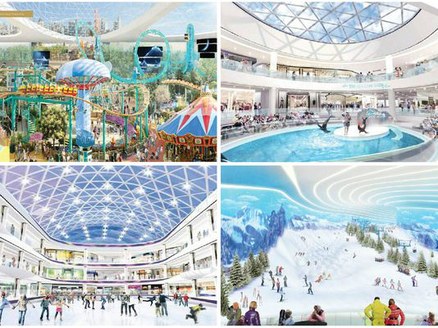 The Mall of America is the biggest thing of its kind, sprawled over 4.4 million square feet of land near Bloomington, Minnesota. Now, the developer called Triple Five has proposed a mall called American Dream Miami on 6.2 million square feet -- 40% larger.

For the sixth day in a row, China's tumbling stock market is sending jitters around the world. Markets in Europe and the United States took another dive today, and...

The Affordable Care Act, known as Obamacare, was passed five years ago, when the Democrats controlled both houses of Congress. Since then, Republicans have voted to repeal...

Mega Mall Planned in Miami-Dade Would Dwarf Mall of America

Minnesota's Mall of America has been the last word in American commercialism run wild, but it will be dwarfed by a new development underway in Florida.

END_OF_DOCUMENT_TOKEN_TO_BE_REPLACED
KCRW's Drive to the Future: TODAY, you could win an Annual Membership + Exclusive Merch to the Academy Museum opening this September! Whether you love our news coverage, inspiring music, or live events — we need your support!
Give Now
Give Now