Can citizens on the streets of Iran openly criticize their government?  How do they feel about the nuclear deal?  Do they agree that Israel should be destroyed?  We hear answers to those questions from the first Jewish -American reporter to visit Iran since 1979.

Larry Cohler Esses lived in Iran and taught English before the Islamic Revolution in 1979.  Now he’s become the first Jewish-American reporter allowed into the country since the Shah was overturned and replaced by the Ayatollah Khomeinei.  He was surprised by what he found. Cohler Esses is news editor at The Forward, a New York paper serving Jewish readers. 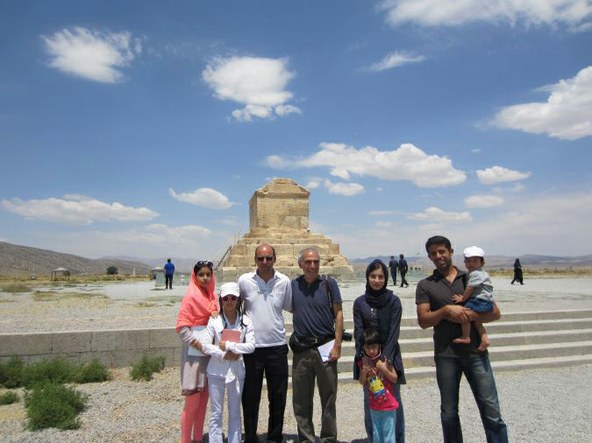 Larry Cohler-Esses (C) with Mohammad Parvi and his family at Cyrus' tomb.

In Moneta, Virginia, two people are dead and two others are in critical condition after that shooting during a live broadcast on CBS-TV station WDBJ in Roanoke. Libby...

E-Mail Gate: Is it Real or Politics as Usual?

Hillary Clinton has joked about it, called it partisan and blamed it on turf wars between federal agencies, but questions about her use of private email as Secretary of...

Can citizens on the streets of Iran openly criticize their government? How do they feel about the nuclear deal? Do they agree that Israel should be destroyed? We hear...