In Sunday's interview with Leslie Stahl of 60 Minutes, Donald Trump said he still hopes to round up undocumented people as he's promised since the beginning of his campaign. His advisors are reportedly drafting plans to ramp up pressure on local police and jailers to identify immigrants in the country illegally. That could mean direct conflict with "sanctuary cities," like Los Angeles, whose Police Chief Charlie Beck says he won't go along. 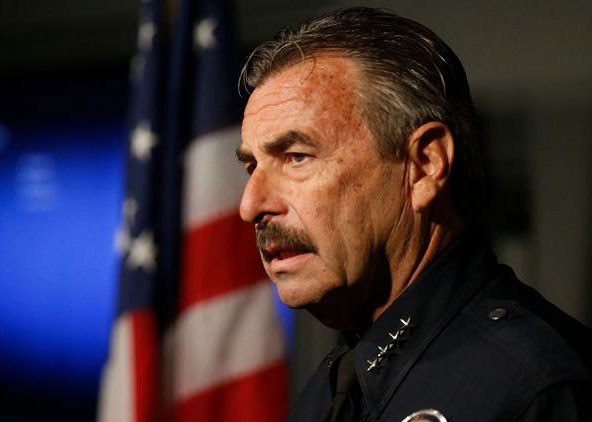 "We're going to maintain the same posture we always have. We don't make detentions or
arrests solely based on status. If the federal government takes a more aggressive role
in deportation, then they'll have to do it on their own."
-- LAPD Chief Charlie Beck

We hear more about what it would take for President Trump to carry out his plans from Brian Bennett, a national security reporter for the Los Angeles Times, and from Alan Berube, a senior fellow and deputy director at the Brookings Institution Metropolitan Policy Program.

How will the media cover the Trump White House?

Democrats in the House have deferred their choice of leadership with a possible challenge to long-serving minority chief Nancy Pelosi of San Francisco.

Donald Trump and "the people's right to know"

The first Amendment protects press freedom. It does not say there has to be a White House Press Corps. Last night, the President-elect defied protocol by slipping away to a...

In Sunday's interview with Leslie Stahl of 60 Minutes, Donald Trump said he still hopes to round up undocumented people as he's promised since the beginning of his campaign....